The Rancor pit is at the moment, the only 2013’star wars set with available pictures. With the big monster, the Rancor, and four mini-figures that are Luke Skywalker, a Skeleton, Malakili and the Gamorrean Guard the set is basically the pit with a big gate which has the enormous feature of attaching to the Jab Palace (9516). It is not very common that two sets are planned to interact with each other this way.

The idea is to connect the pit to the bottom of the Jabba Palace, as you can see in the pictures below and recreate the scenes where Jabba is pretty angry and just for fun, he chooses one of its prisoners and pulls the guy into the pit through a hidden trap door. The idea is good and apparently the balance of the Palace on the top of the pit, too. 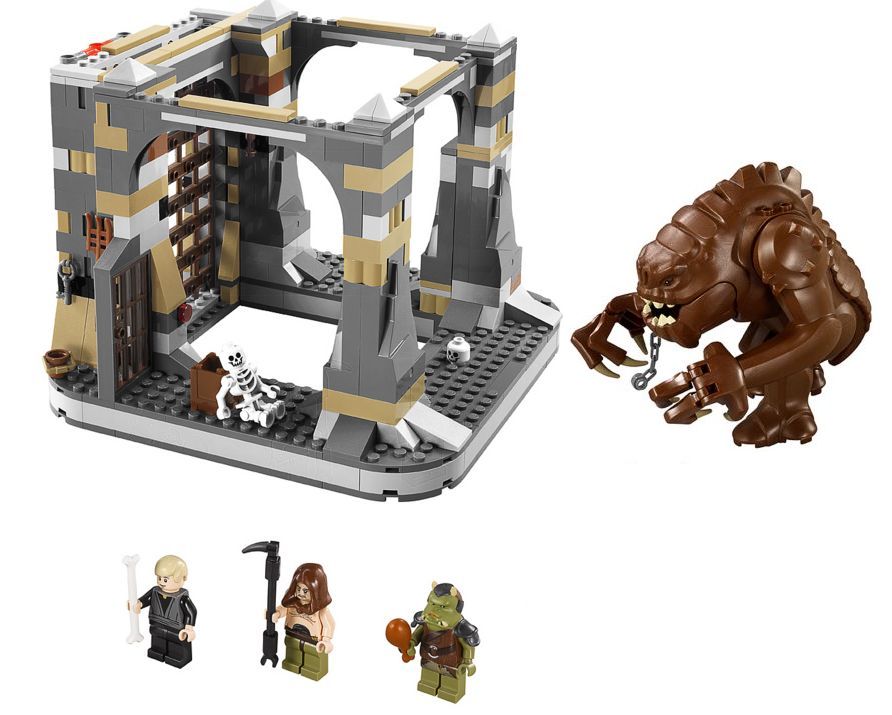 Talking about the pit properly, it is basically a big square with four columns on the edges and a big brown gate for the Rancor. The color combination which is a mix of white, grey and light brown is also very nice and I especially like the skeleton and the extra skeleton’s head present in the set.

At one of the edges, there is also a small room (if we can call it room, because there are no walls) with a few tools for Malakii such as a key or a chain among others. On the top, the four arches in the structure which are not unique pieces surely improve the pits’ design giving it a better look. 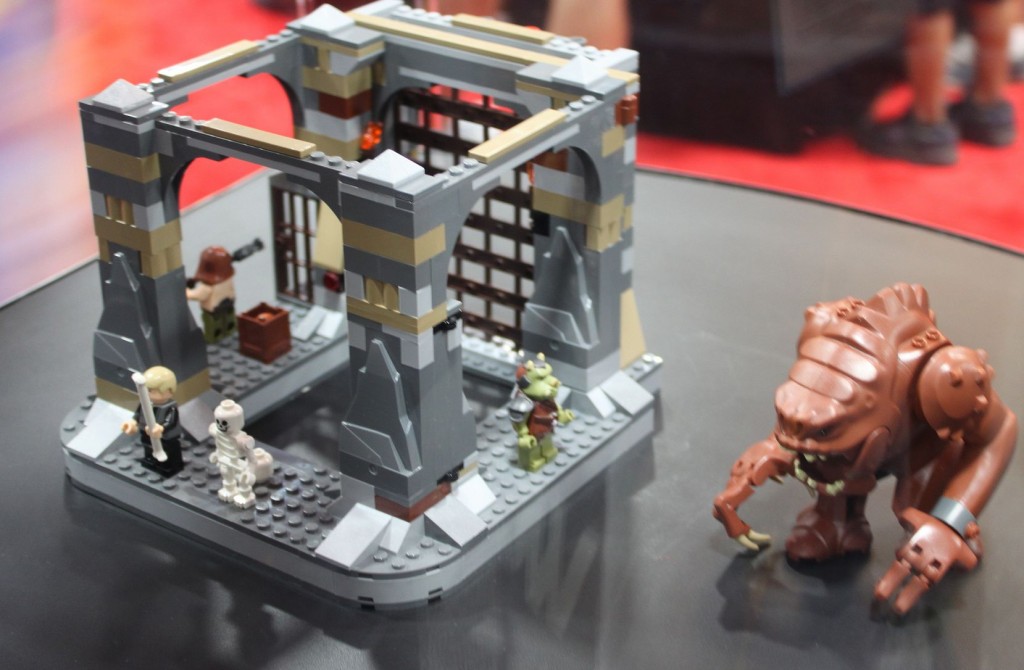 The structure has no kind of roof, because as I said it is prepared to receive the Palace with its trap door. Globally the set is rather well designed although in my opinion, you have to be a big star wars fan to achieve this set. The playability is not much and the set is a bit expensive: sixty dollars to buy the button part of the Jabba’s Palace make anyone think twice.