The Z-95 Headhunter is until the moment, the biggest ship of the 2013 star wars set. It has almost three hundred and eighty pieces, and besides the tremendous space ship, this set also brings three nice mini-figures: the big Pong Krell with its four arms, and a couple of blue Clone Troopers.

In terms of building, the ship is made separately over four steps. First, as expected, the entire long base, including the cockpit, that will include a considerable number of long technic pieces, then its long nose with those big dark red pieces, after, the big engines at the back and finally the two wings. All these parts are divided on four bags, making easier all this process. 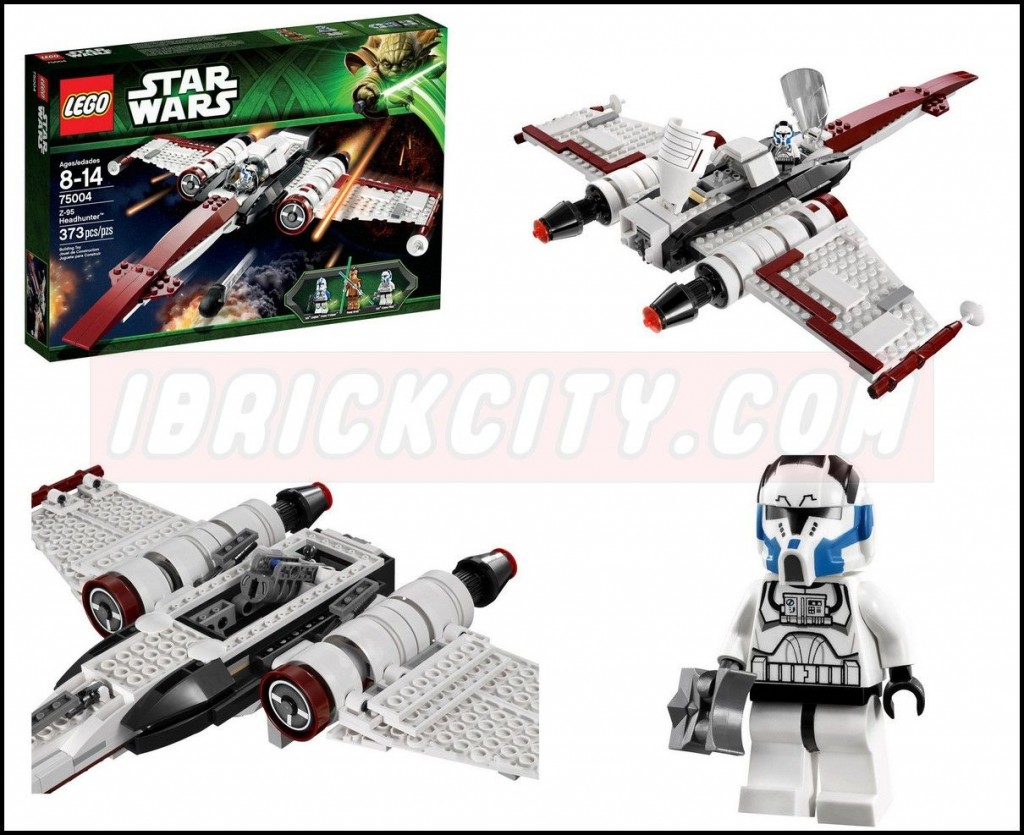 In terms of design I must say that it is outstanding. All the details such as the engines, the turbines, the retractable landing gear, the big cockpit with a good pilot position (by the way, the seat has no studs, which sometimes is unpleasant for the pilot…) and even the big aside laser guns, everything is fantastic. 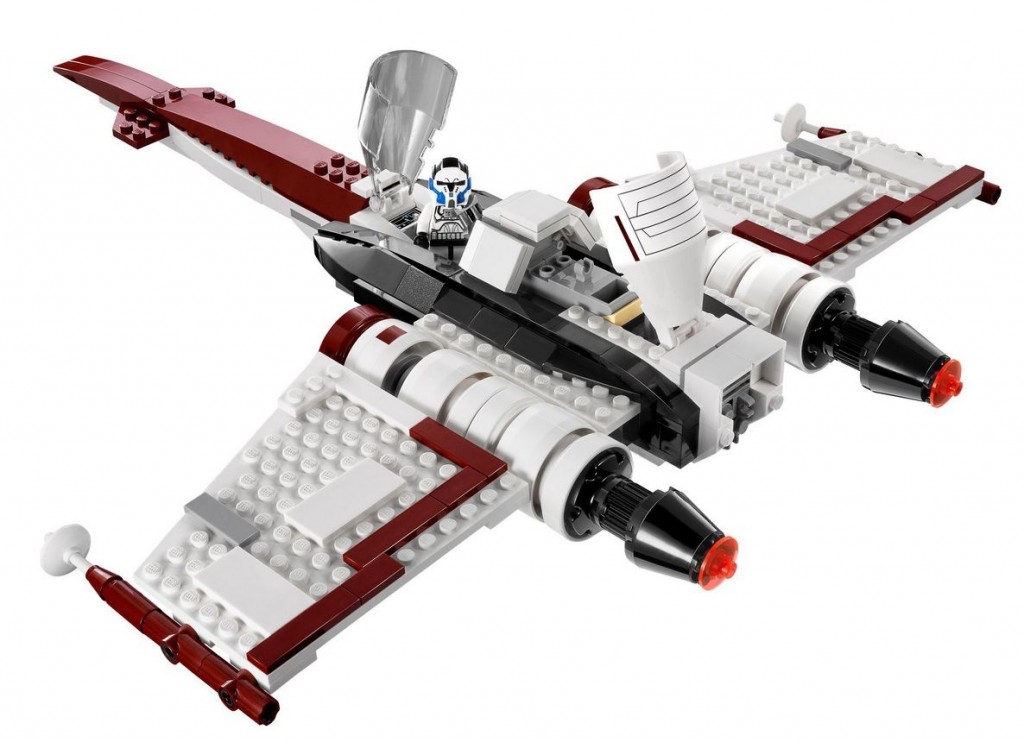 In terms of features, however, the number reduces dramatically, but they’re still interesting. Behind the cockpit there a small compartment with a rack containing a blaster and some electro binoculars. The best for the end, a missile launcher, just below the cockpit, that can be triggered from two different positions: behind the cockpit or below the ship. On both, there is a knob that easily fires the missile. 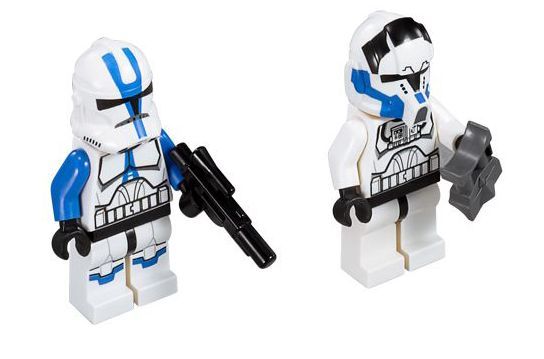 Talking about the mini-figures they are at the same level of the ship. The two blue 501st clone troopers are rather well printed, their helmets are just great, and the big Pong Krell is perhaps one of the strangest and rare mini-figures of Lego collection. It has an extra torso that attaches to the original neck that not only gives it an additional height but also a couple of extra arms. This guy also brings two double side lightsabers (blue and green) that are also really great. 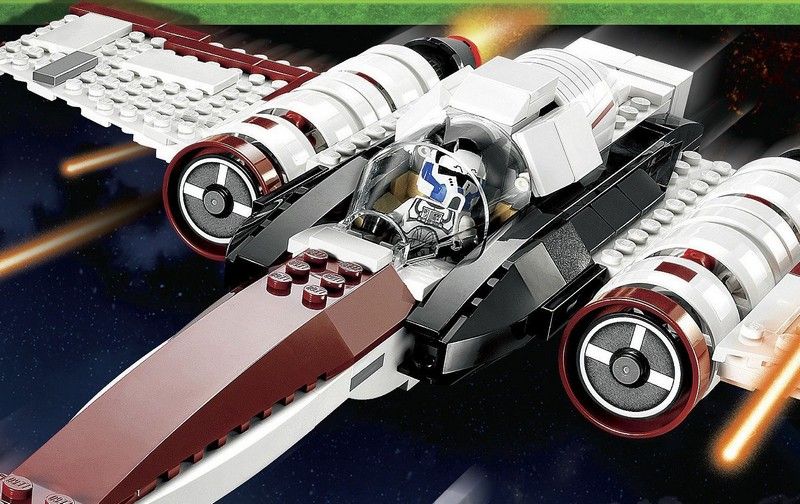 Globally, fifty dollars are the price to pay for a great ship with plenty of nice details and three good additions to the mini-figures collections. However if you’re look for playability, you’d better consider some better alternatives for a lower budget because in my opinion this is, most of all, an exposition model. If necessary the instructions can be found right here.