The A-wing Starfighter is a new Star Wars set that has been recently released. With exactly hundred and seventy seven pieces the main attraction is obviously the space-ship. But besides it, there are also three nice mini-figures that are the Starfighter’s pilot, Han solo and the Admiral Ackbar and its ugly face.

Remembering the Star Wars battles, this ship is part of a scene where its squadron tries to hit and disable the enemy’s cannons in order to allow a safe journey for the imperial flagship. However the A-Wing is seriously attacked and crashes against the big Executor’s Bridge. 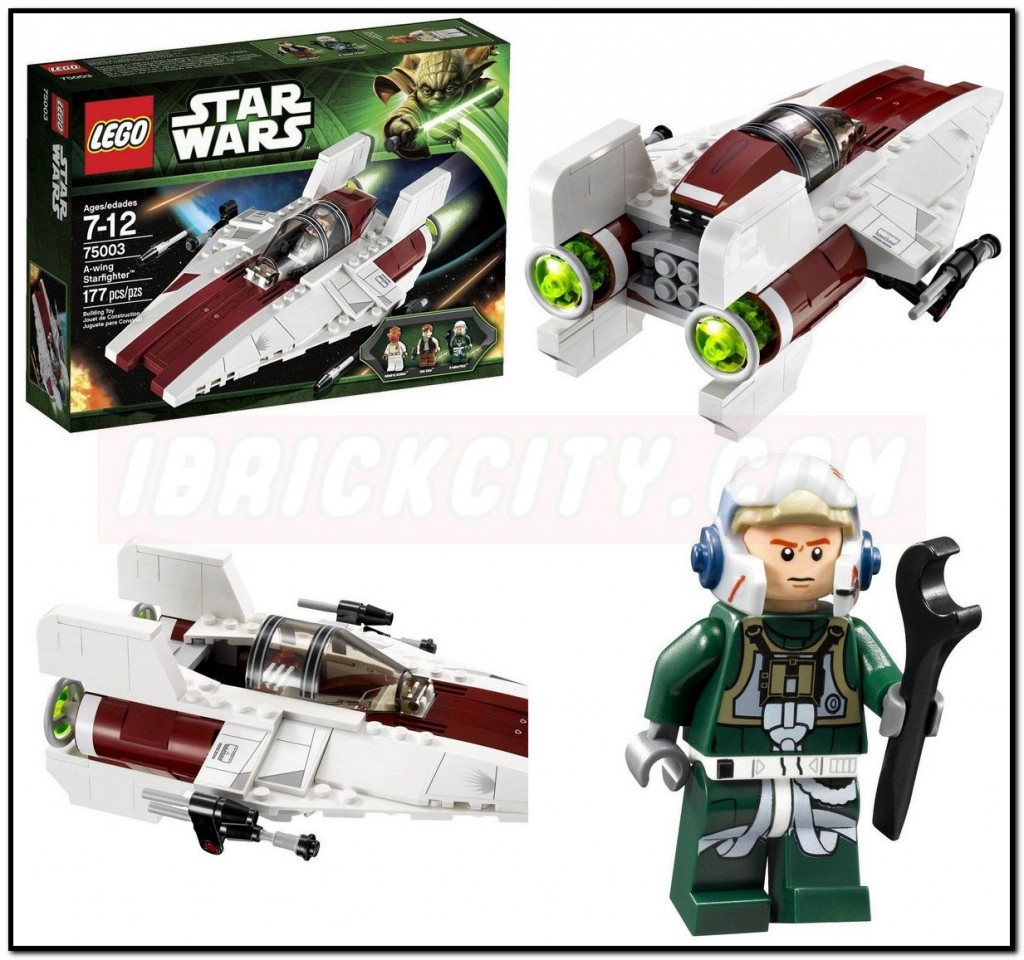 In terms of building, it is very curios that the A-Wing base is rather small if we consider all its length. Up on it, there are attached or built several important components such as the arms of missile launchers, the two side engines that use dark red cylinder pieces and in the middle, the cockpit stars to get a real shape. In the inside, unfortunately the control panels are represented with stickers instead of the more pleasant printed pieces.

The long nose is achieved with long pieces, as expected, all over the ship, which definitely give it a real battle space look. There also stickers at these front pieces that add some new great details and I must say that the color combination is also very good, I really like that dark red mixed with white.Once built, several great details caught my mind. The four sided flick missiles, the unusual windshield and the pilot position and the back engines are surely nicely designed and give the ship an excellent look. 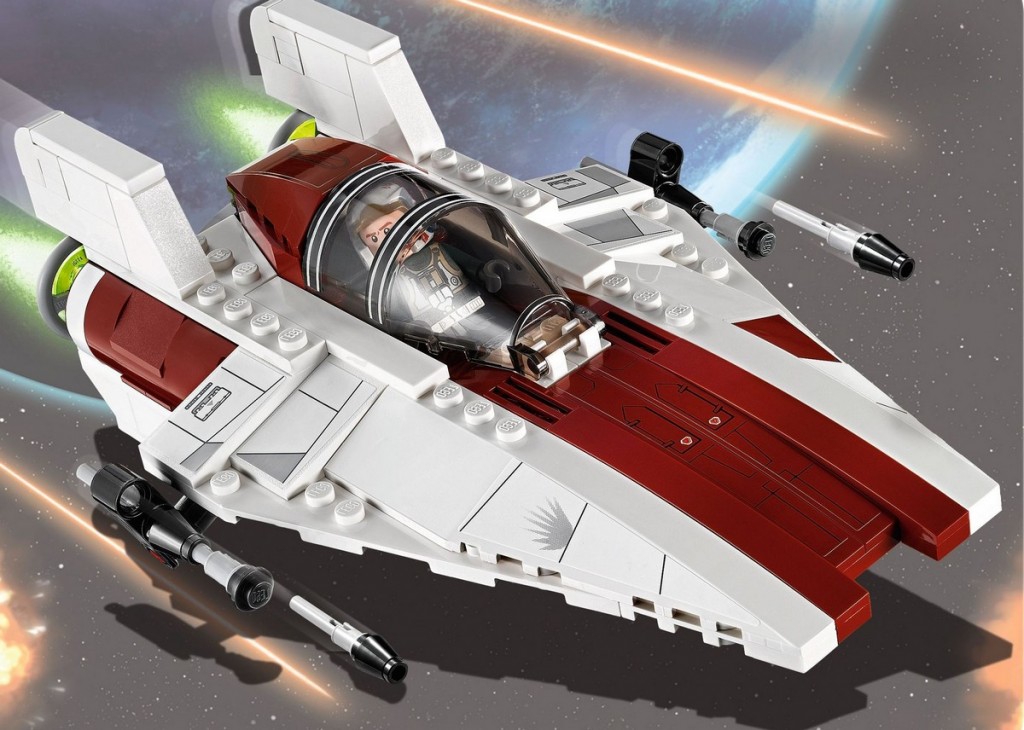 Having a look at the minifigs, the Admiral Ackbar has a white suite and those typical big eyes. On the other hand, the green pilot is pretty detailed with printed seat belts and a great space ship helmet. It also looks that he gives a hand at the ship’s mechanics because one of its tools is a black spanner. Finally, Han solo has the more traditional look of the three, wearing a shirt and a jacket and also a laser pistol to fight back. 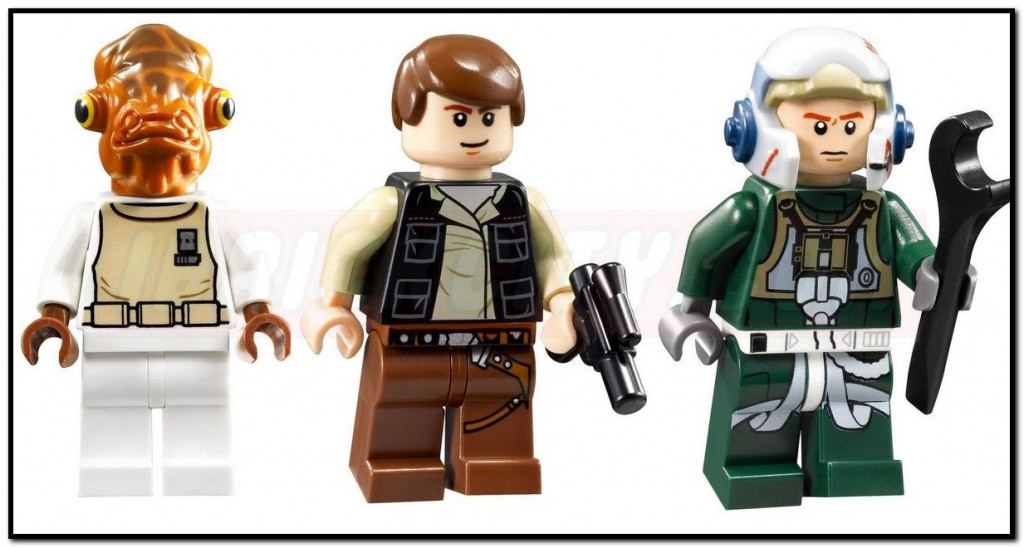 Globally, this twenty five dollars is not cheap, according to its number of pieces but definitely the A-Wing Starfighter is really rather accurate and the three mini-figures are good additions to the collection. If necessary, the instructions can be easily downloaded from here.