The Republic Troopers against the Sith Trooper is the smallest set, until now, of the 2013 star wars theme. With only sixty three pieces, its has four great mini-figures (two republic troopers and two Sith troopers, one with a red armor and another one in black) and a small speeder for one of the Siths.

This set, as you can see, is particularly small but at the same time all its components are rather well accurate and surely provide not only great moments of fun but also constitute a very nice complement for bigger star wars sets. 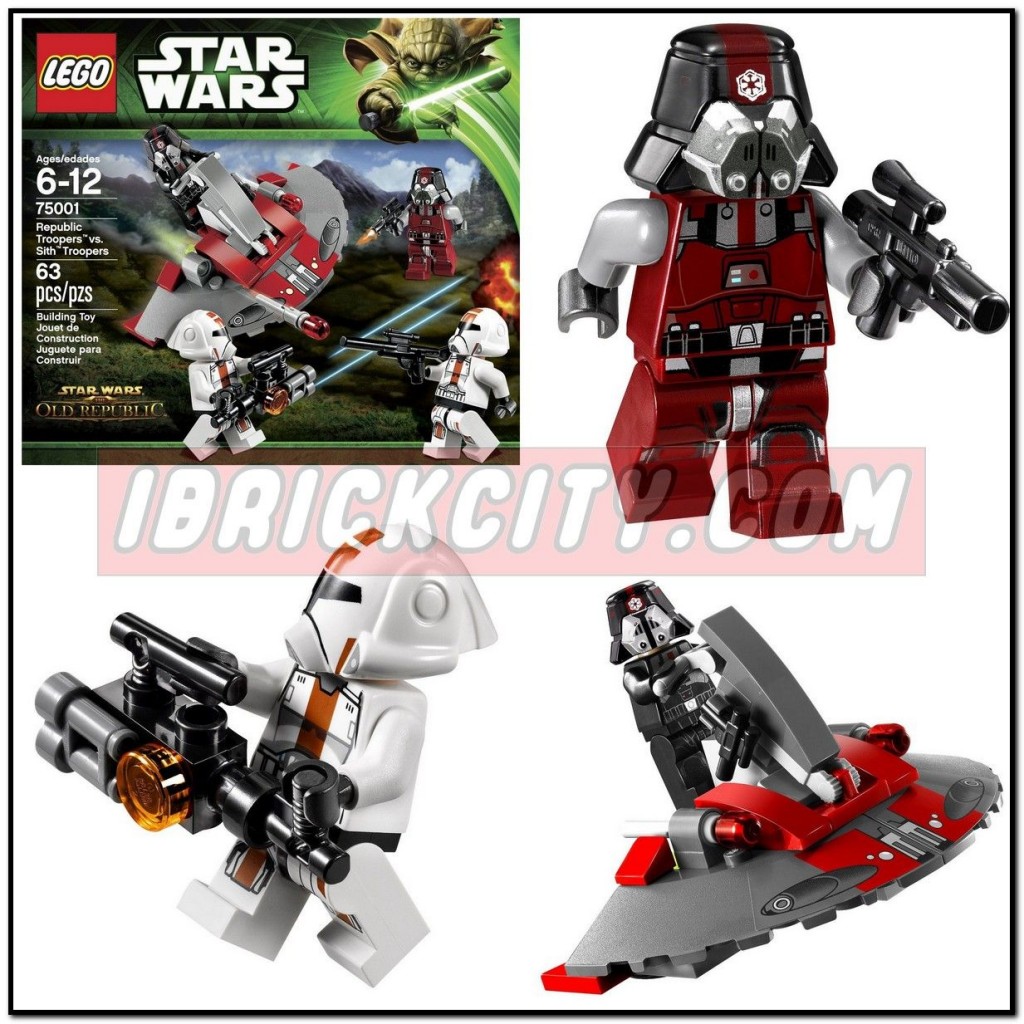 The two white republic troopers are similar and the only difference between them is when they take off their helmets and we realize that their faces are slightly different. Its white suites with a long orange band, extend through all its body including their helmets.

The Sith troopers are slightly different and besides the suite’s color we can also see, through the pictures, that their bodies have different details. Personally and talking about all, the best part is surely the helmets which I consider simply great. The weapons are also different from each other and include three blasters and a nice heavy gun. 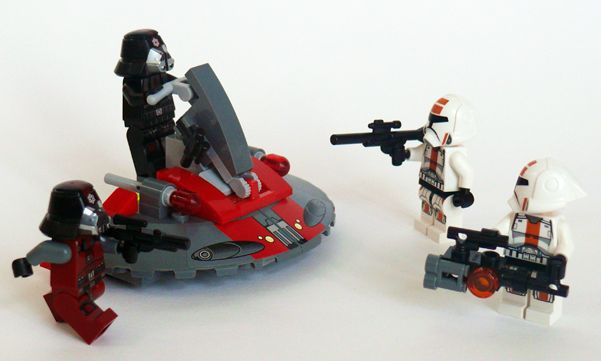 Talking about the speeder, it is pretty simple and fast to build, as expected, and this time the two front stickers surely look very nice. In terms of features, for such a small vehicle, it was hard to make better because it not only has a couple of missile launchers, but also because the little speeder’s controls are movable providing the trooper a better ship handling. 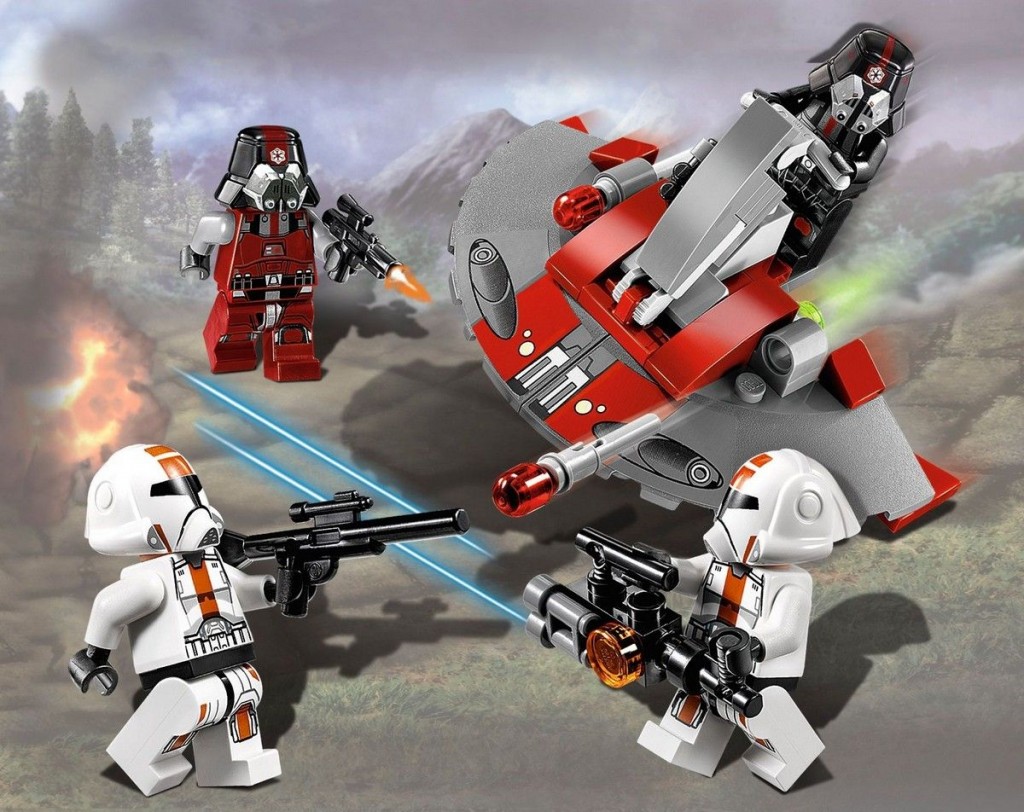 Globally, fifteen dollars look a bit expensive according that the set has less than seventy pieces but I suspect that the star wars fans will surpass that issue and surely will buy it because it is really very nice in all aspects.