The Clone Troopers against the Droidekas is one of smallest Star Wars sets of this first 2013 wave. With exactly one hundred and twenty four pieces it has two mini-figures (a clone trooper and a Clone Comander), two Droidekas, a command station and a lot of different weapons including a missile launcher and a couple of blaster pistols.

We can’t expect too much of a fifteen dollars set such as this one, but there are, absolutely, a few interesting features and as complement of other bigger packs this battle set surely look really nice. 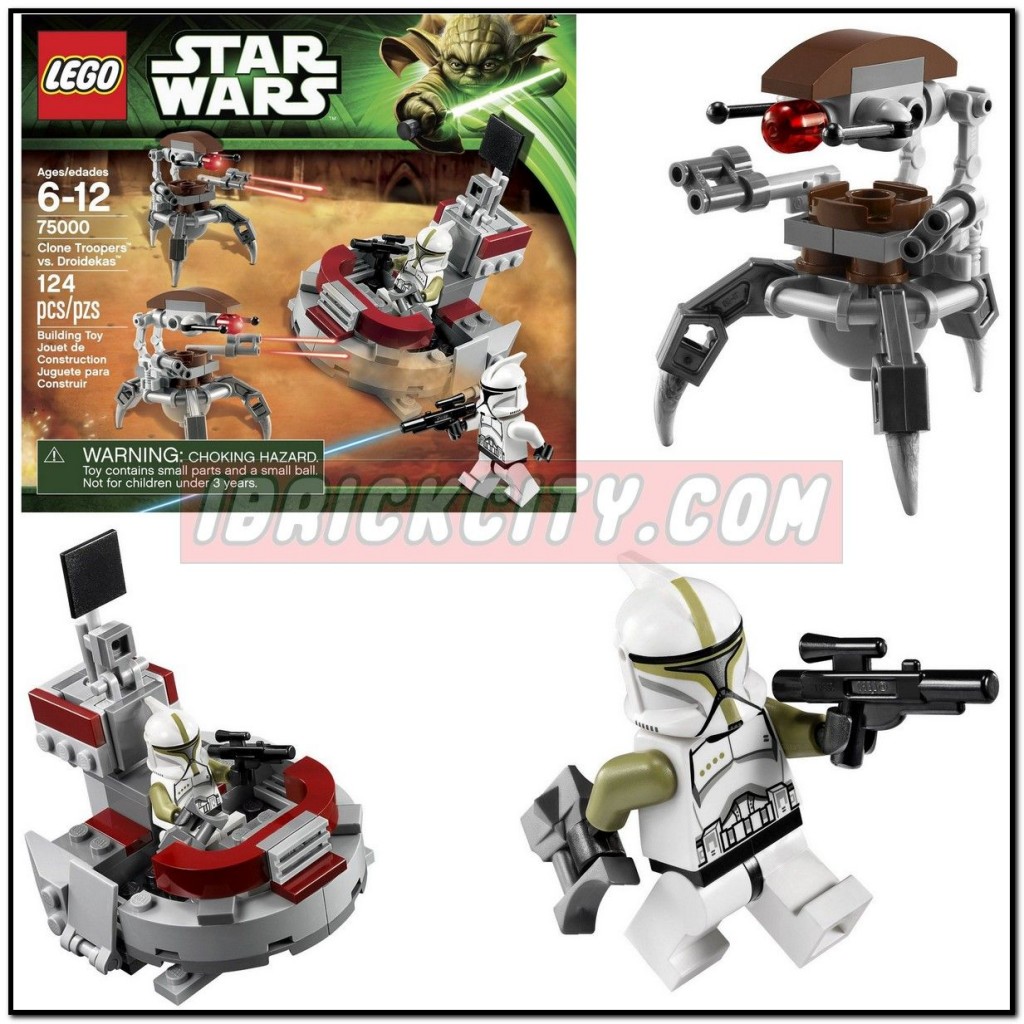 In terms of building, obviously, this set is easily built,  however there are a few interesting and rare pieces not only among the commend center but also in the droidekas. The command center one as you can see in the pictures, has a small control panel just at the center, and at the back, the hidden missile launcher is built separately and attached in the end. 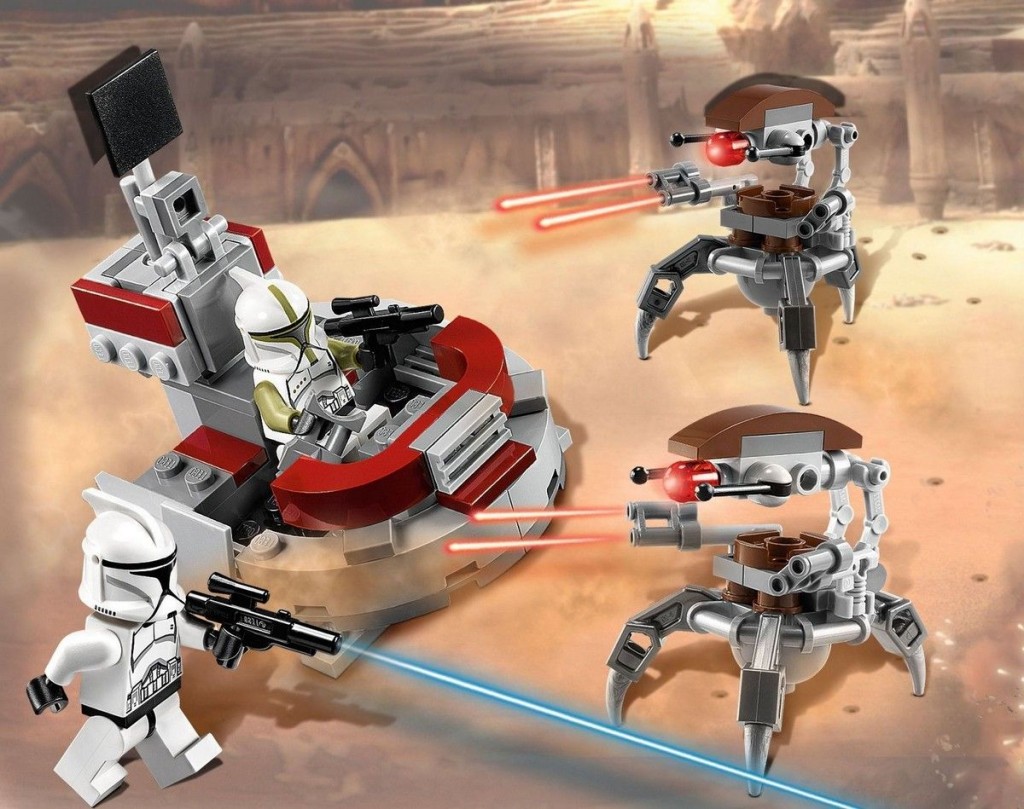 The Droidekas are also built in two parts and I must say that you must know a lot about or like very much Star Wars to enjoy these little robots. With three claws and a pistol in its heads, they are simply – and forgive me for this little comment – ugly and strange. On the other hand, the two troopers are rather well accurate with great suits and two fantastic helmets. 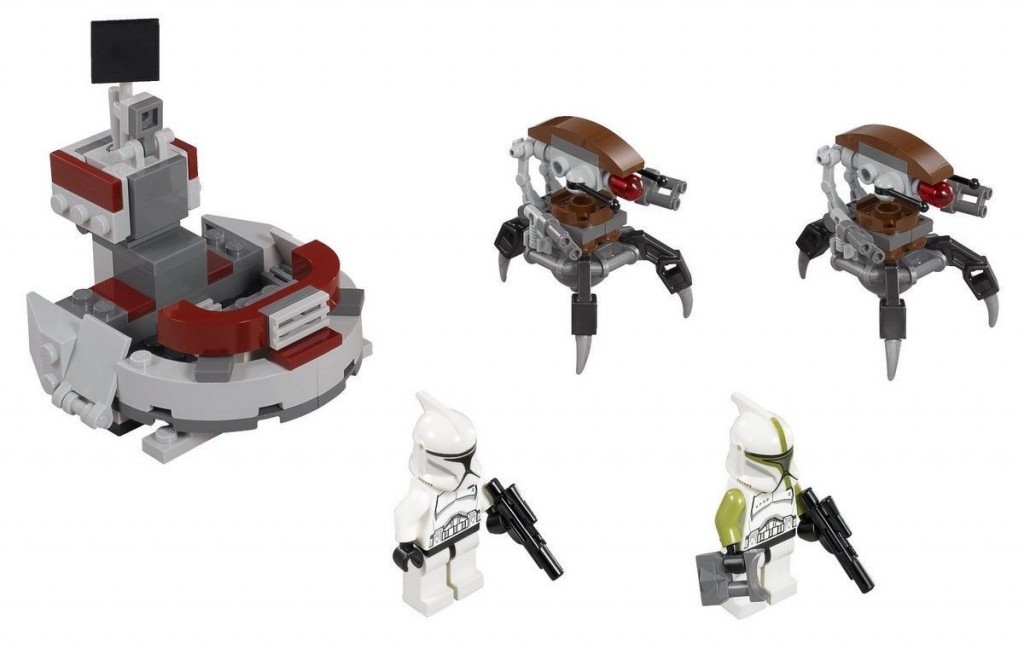 Globally this is most of all a good complement for bigger sets or a cheap way to get these two nice mini-figures. If you’re interested in the building instructions, you can find it right here.