This creator set is as usual a versatile kit with three options to build: a helicopter, full of nice details, a hydroplane and a nice ferryboat capable of transporting a small truck. With almost four hundred pieces, this orange set has definitely plenty of playability, a great diversity of building models full field with nice details.

Starting by the big heli, it is rather large, twelve dots wide, which makes it bigger than the usual city heli’s.  The base of the models which will carry the landing gear it is build with technic pieces and will give the entire vehicle a solid structure. Once it starts growing you will see that inside there is no kind of space for anything, except for the small red car that I’ll talk later.  Only the small cabin, at the front will be capable to support a borrowed mini-figure. And for that you will have to put it there first because once built you’ll have to dismount several pieces to get to the interior. 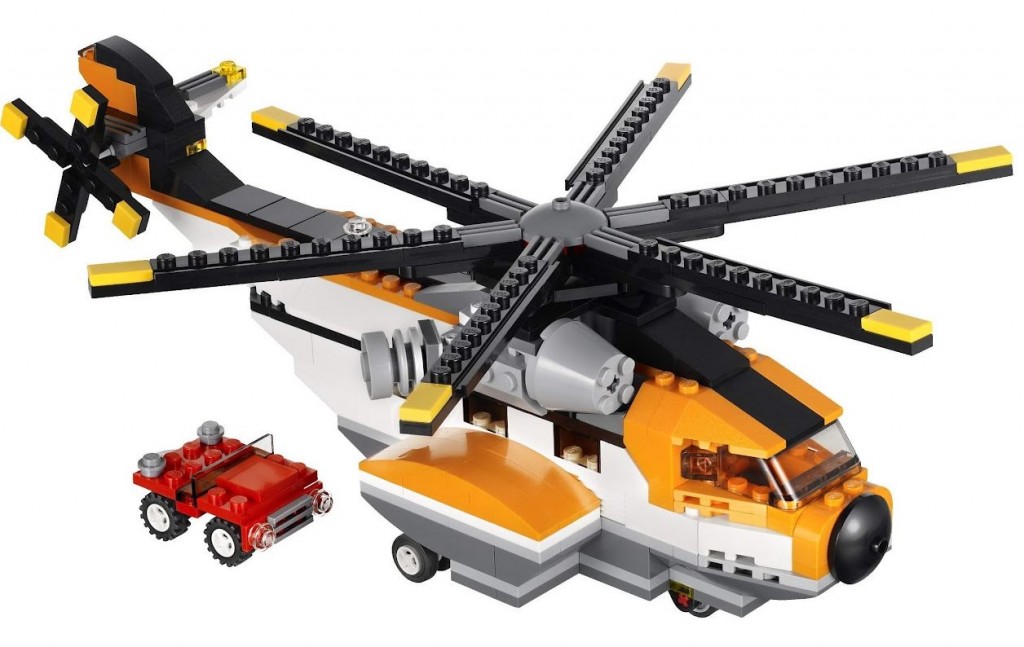 Above the structure the big engines take place. With a couple of rotors and six big paddles, and a big tail, this helicopter is surely stately. On the other hand, in this first building option, there is also a sort of shrunken red and ugly car. If the idea was to build a small vehicle, the verdict is surely negative.

Talking about the hydroplane,it looks nice. It is one of those models that not being good, it is not also bad. Being quite predictable in terms of building, the main body and the wings are separate bodies that will attach each other only at the end. A final word to the wings’ side gliders: simply great. 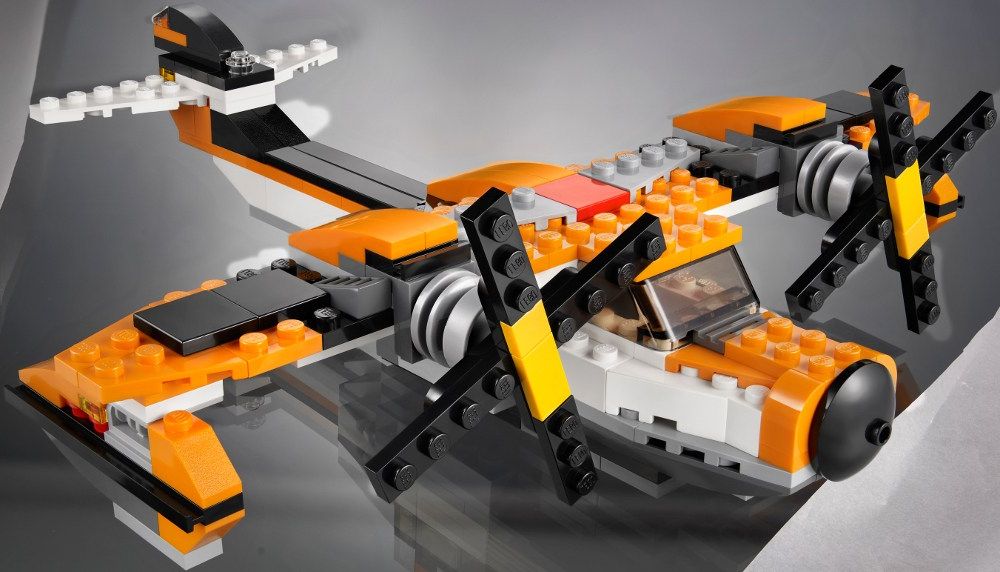 Finally there is the small (compared to the other two models, of course) ferry boat, which is simply my favorite model. It is quite decent in terms of space occupation, because being so small it has everything. At the front the bow has space for some figures, at the middle there is a sort of resting room with a bridge on the top and at the back there is space to carry a small truck (this one is surely better than the ugly red car of the heli…) and a sliding door which will attach to the docks in order to let the truck go on board. 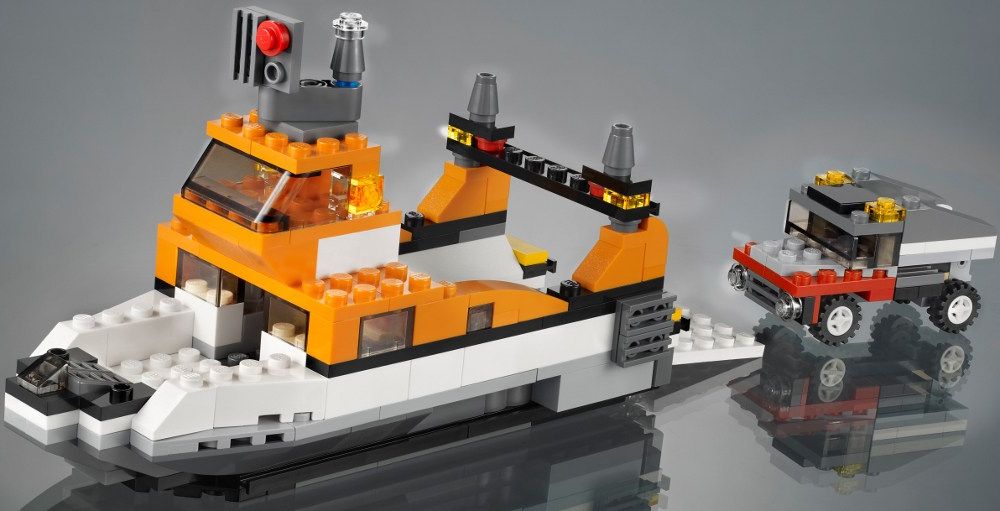 Thirty five dollars look like a fair price for such versatility of building models. If necessary, the instructions are right here: