The 2011’s Prisoner transporter is the evolution of the 2005’s, Lego 7245 with the same name. Besides the Van, it has two figures, a policeman and a robber, a police barrier, a motorbike, for the robber’s escape, and plenty of police accessories that can be stored in a yellow box on a van’s compartment.

Comparing with the old 7245, the major difference is that the jail space, behind, is rather smaller than in the old one. It also has a chair (what a luxury…) but still allows to transport two prisoners in case of the thief has company on the robberies. The reason is that on the middle of the van there is room for a big yellow box with lots of accessories for the cop. 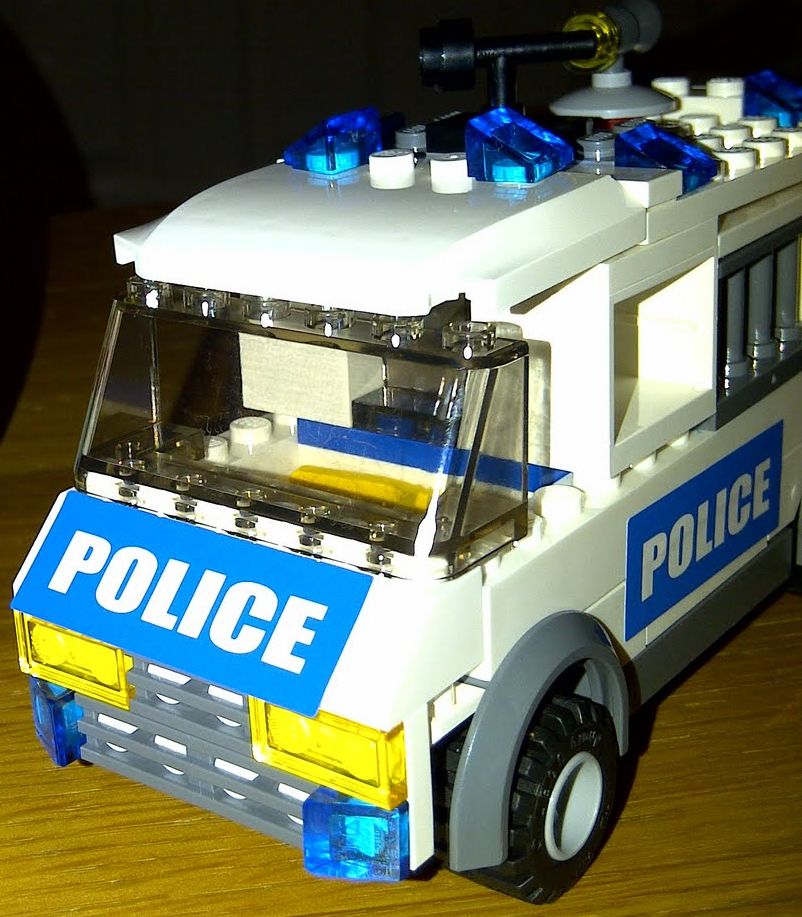 A pairs oh handcuffs, a walkie-talkie and a loudspeaker are some of the tools that the policeman has at its disposal. Talking about the van, again, the cabin has an ordinary building with small side doors. When you build the roof, you will notice that it can be easily removed, in order to give a better playability when playing with the figures or arranging the small pieces. 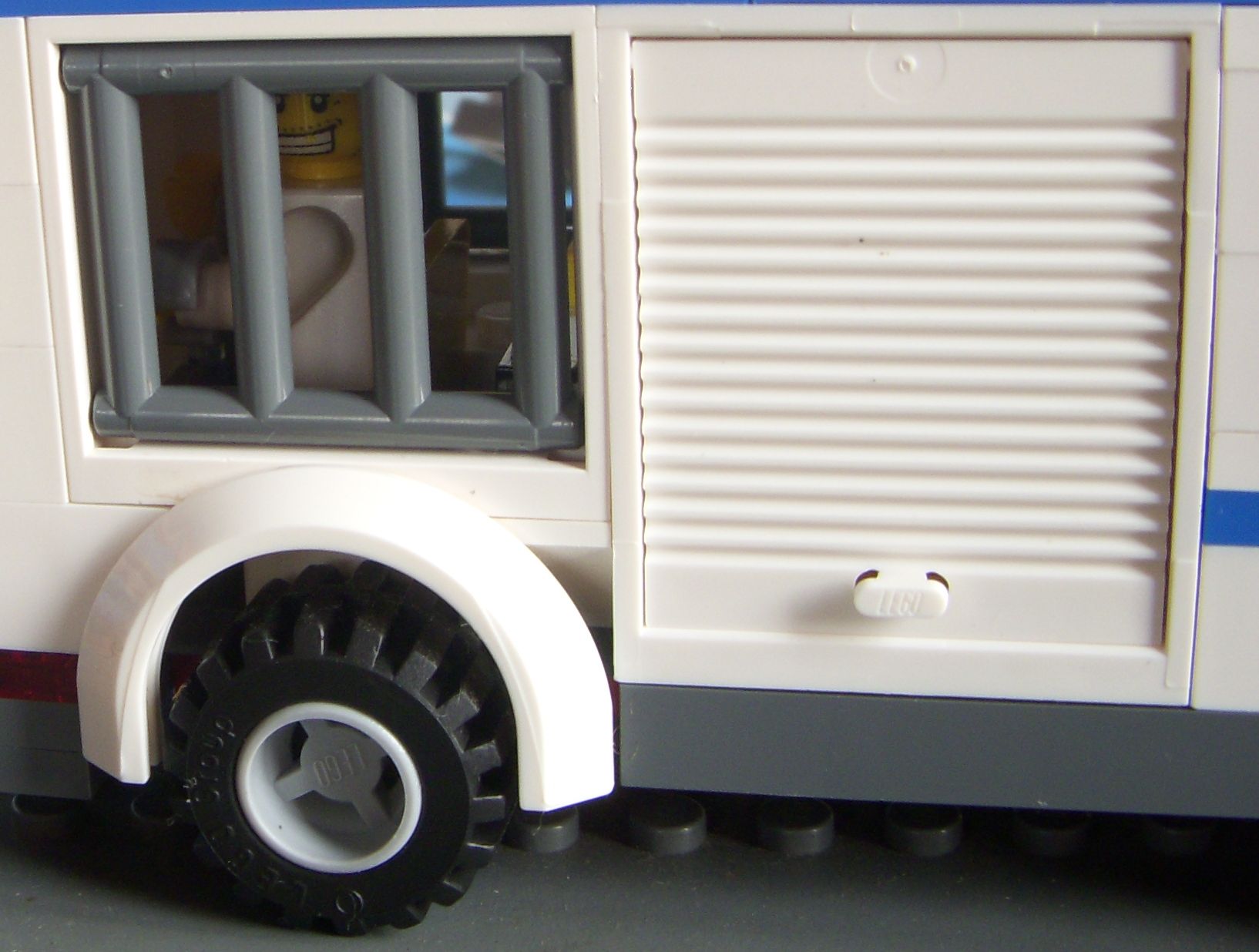 Plenty of emergency lights, a spotlight on the roof and a couple of stickers give the van the final touch to look like an official vehicle. The orange bike is an usual bike , easy and fast to build. Comparing this set with the “old” 7245, I would say that the ideal was to have this van with the other one’s colors. That would be perfect to me. 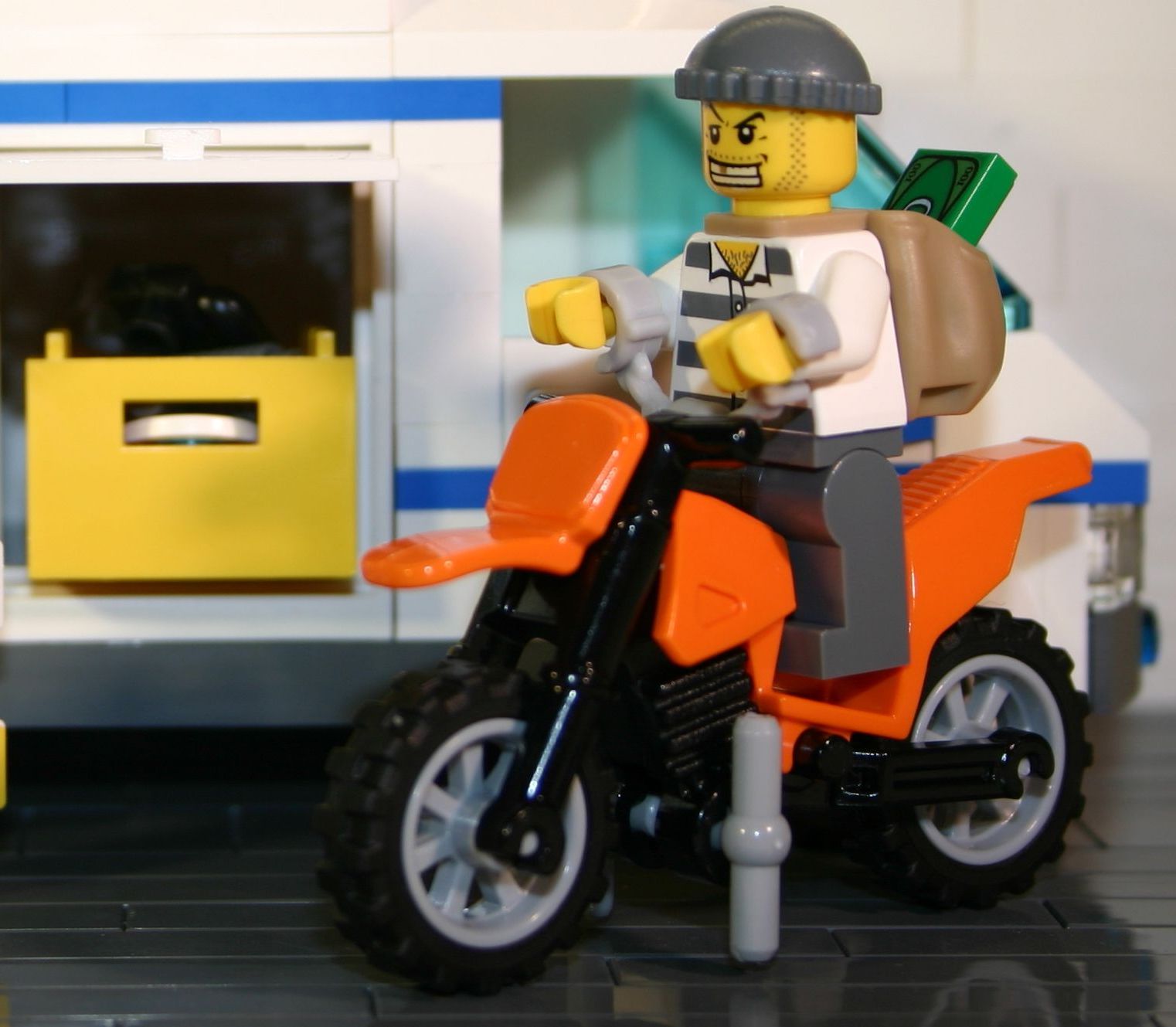 With more than hundred and seventy pieces and two mini figures, this set is an added value to any town in case you don’t have the previous set. If necessary, the instructions can be found in here: