The Batmobile is a new Batman Movie set that will shortly be available on stores. This medium size set has five hundred and eighty one pieces and shows a huge batmobile (or should I say batbuggy??) with lots of small details and five mini-figures with assorted accessories: Batman, the Kabuki Twins, Man-Bat and Robin.

Despite the lack of images, this vehicle seems clearly built up on a technic long structure with plenty of different pieces. The red wheels have extra large size and are placed right on the edges, giving the car a nice and racing buggy look. 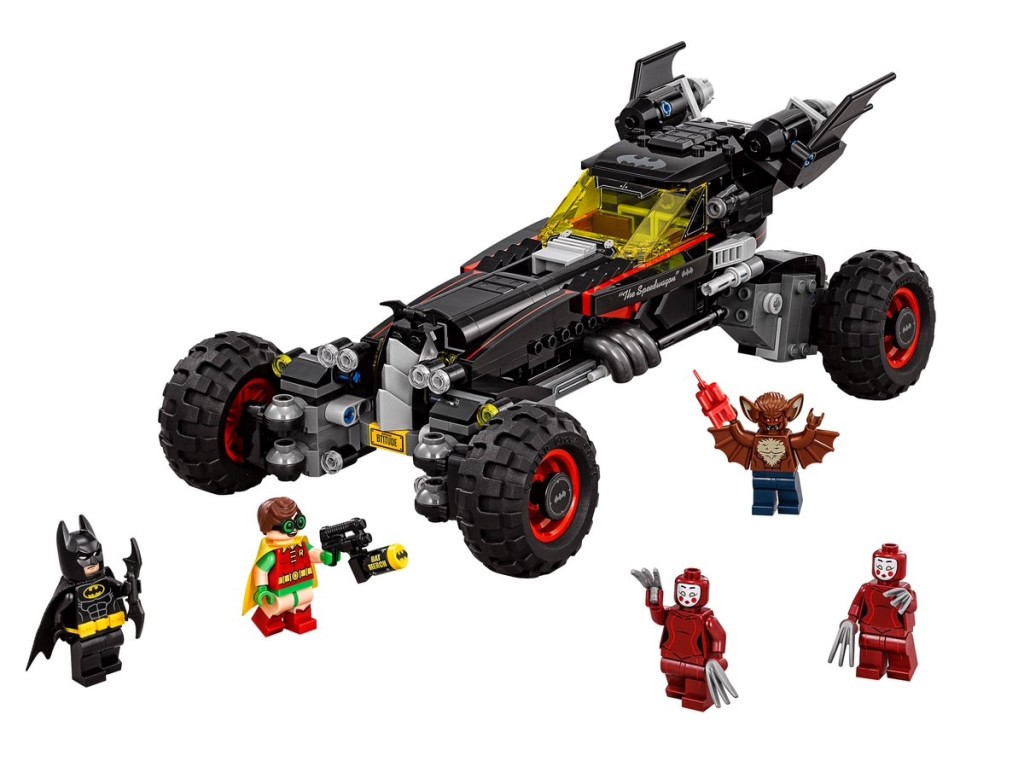 Six lights and a bat symbol and placed just at the front where the big hood occupies most part of the space. I don’t think that there’s any kind of detachable pieces, but however it’s is possible to identify same main parts, namely some exhauster pipes, the special grid at the front, and a sort of air entrance.

The cockpit shows a yellow windshield and lots of space in the interior where the usual can be found: a seat for batman and some handlers for the car. With a bit of careful, I think that is possible to add a second figure inside. Nearby, a reasonable number of weapons can also be found, namely a couple of studs shooters and two machine guns.

The pictures aren’t the beast for now to have a good idea of the back, but as far as I can see the rear suspension and the two engines are definitely complex and impressive. That’s surely a detail that I want to look better shortly.

In terms of mini-figures, they aren’t particularly new or outstanding but I think that it’s always a pleasure to add them to the collection. Overall, it’s absolutely a great vehicle with plenty of nice details and an interesting playability. Looking at the piece count I would say that it should probably retail, next year, around the seventy dollars.