The Double Decker couch is a new The Lego Movie set with a bit less than two hundred pieces that features the blue couch, a small car, pretty similar to the city small car (3179) that I usually call “Smart Car” and five mini-figures: Emmet, the Uni-Kitty, the President Business, Benny and Vitruvius.

Just like the real World vehicle, this ‘Smart’ is rather small but the inside has more than enough space for a mini-figure. There’s no need to remove the roof to put any guy inside, he can enter easily through the side doors and this time, the car brings also a couple of rear mirrors which is absolutely new in this model.

The double Decker couch is mostly built with blue and brown bricks and has more than enough space for all the mini-figures and even a couple of additional friends that might appear. With blue seats, it has on the edges a couple of ladders that together with a two grey bars, at the back, seem to constitute the mechanism that attaches the entire structure. Near it, there are also four interesting clips that hold, each one, an always pleasant cup of water. 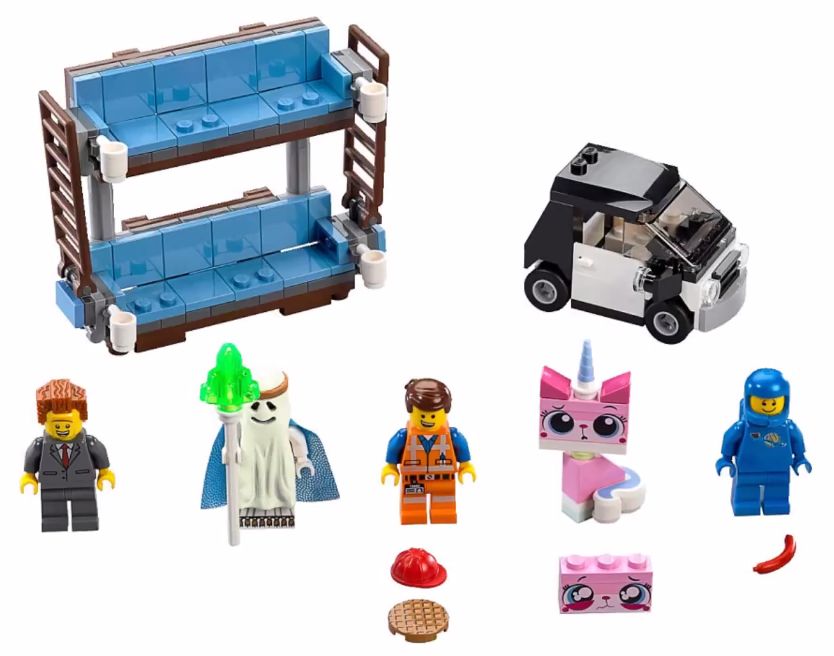 The mini-figures are also very nice, especially Vitruvius and of course Benny, the blue Astronaut that immediately transports me to the eighties. The Kitty brings an extra crying face and finally we can also find a few additional elements such as for instance a red hat for Emmet or even a sausage. 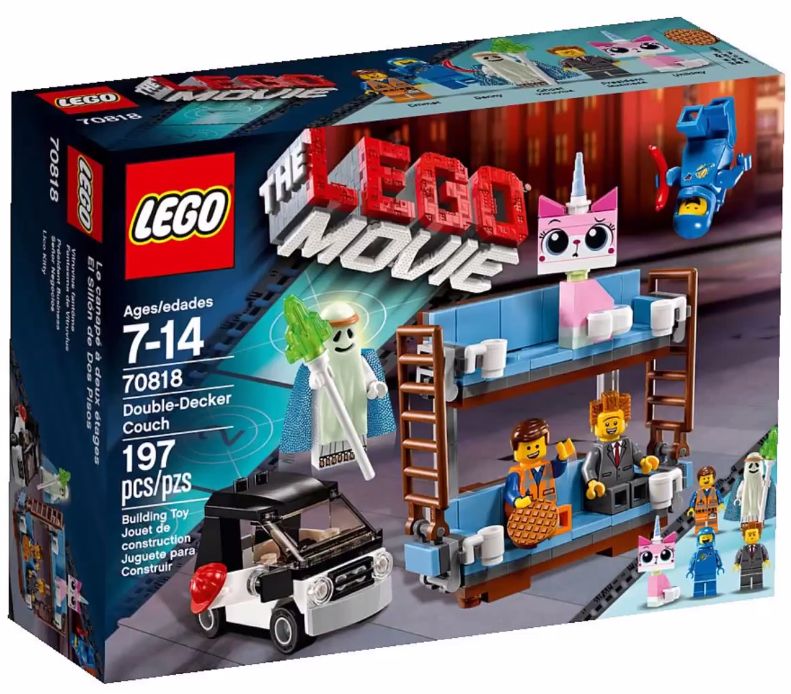 Overall, it looks a pretty set, especially for the Lego Movie fans. If we forget the movie scenes context, I would say that its playability isn’t the best (a couch isn’t very good to play hours and hours…) however the smart is very cool and the five mini-figures are absolutely an added value, especially because in some cases, there weren’t many opportunities until the moment to get them. Enjoy the pics.