The craziness continues, set after set, and the Creative Ambush is no exception. The first thoughts and pictures about the new Lego Movie sets didn’t convince me much but the more I see the more I like it and if the purpose is to spice the movie through the bunch of new movie sets, then I think that they’ve made it! 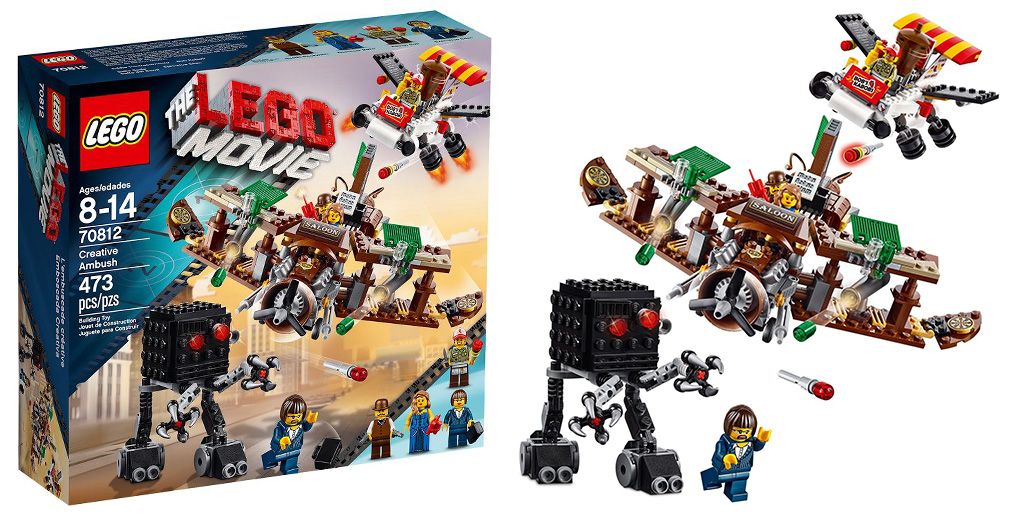 The plane is a huge machine with a bunch of nice details taken from a salon: the bottles on the wings, the music from the little piano placed in the tail, a couple of games at the side stabilizers and of course the three green windows scattered by the plain. Besides these and as it concerns to the flying machine, there are also some really nice elements such as the big engine, the strange wings, the propeller at the front and best of all the couple of canons ready to shoot against the Kabab stand. 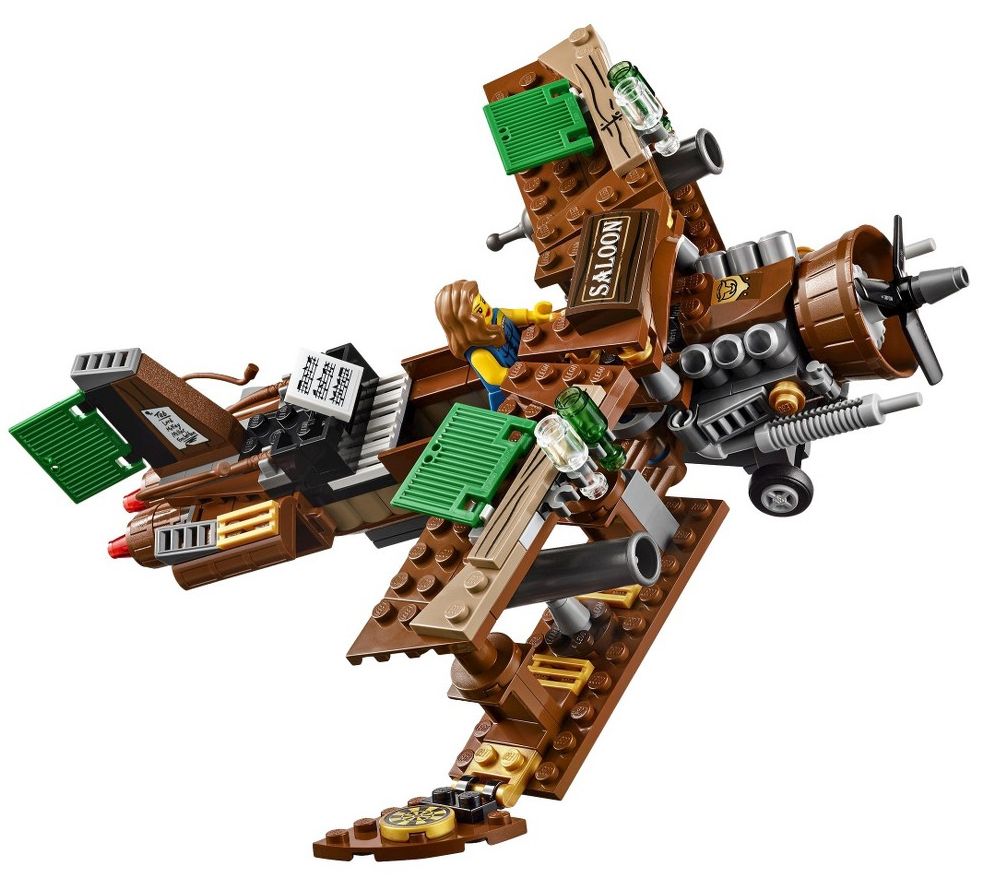 All this is very pretty but once that the movie hasn’t been presented yet one big question remains: what do we do with these guys, what’s their purpose or context? Well, better than speculating, let’s see what Lego has to say about it:

Construct a wacky Wild West saloon battle craft with wing-mounted shooting cannons, boosters and more in Creative Ambush. Take off and play a tune on the piano as you drop bombs in the robot’s way and protect the civilians. And it’s kebabs away and last orders for the Micro Manager with the flying kebab stand! Use your creative skills to build a flying kebab stand with control levers, jet wheels, side boosters and tasty kebab flick missiles. Includes 4 minifigures: Kebab Bob, Sudds Backwash, Rootbeer Belle and Executive Ellen.

Yes, it definitely looks pretty weird but at the same time seems to transport us back in time to moments that we simply invented crazy things! Trying not to forget the other two elements, I would say that the Bob’s stand keeps the same crazy tendency and I only regret the fact that it doesn’t have any kind of tires, assuming that it can be easily transformed in a car. Finally I simply don’t like Micro Manager Robot. It might be (or not…) a relevant character in the movie, but my apologies, it won’t be for it that I’ll buy this set.

Several testimonies mention that this set is already in stores and the forty dollars that it cost seems an excellent price, according that it brings almost five hundred pieces that includes five great and unusual mini-figures! Please have a look at the gallery and enjoy the great details: