The Dojo Showdown is a Ninjago building that will be part of the 2015 first wave of sets. With exactly two hundred and fifteen pieces it features a really nice structure with plenty of details and color and four mini-figures: Kai, Hanlan, Griffin Turner and Slaven, all of them with different weapons.

Despite the major intent of this set is recreating a fight between Kau and Hanlan, as the set box suggests, the Dojo Showdown seems to me more like a training center for the warriors with a bunch of different practice mechanisms.

And a good example is the several rotating, steel-studded wooden posts placed on the left side and considered one of the best kung fu training devices. I confess that I’m a bit curious to see that brown mechanism in movement. Nearby, there’s also a small chain that for now is still a mystery about its real capacitates. 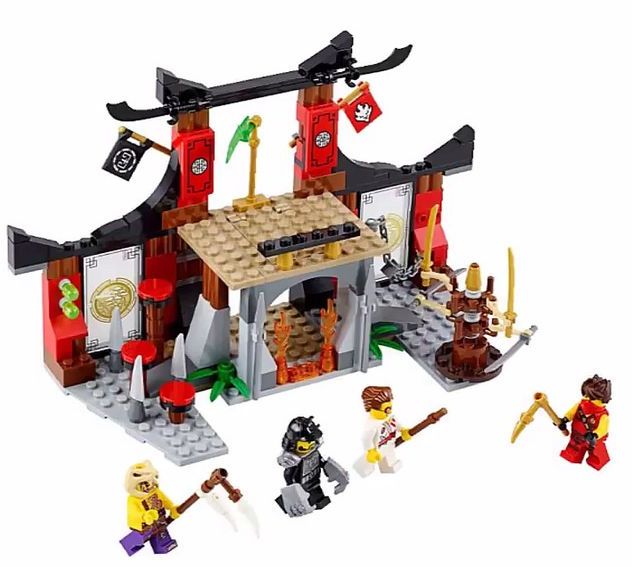 In the middle of the building, there is a small room with a big arch and lots of flames in the entry that are certainly waiting for someone to fall in the trapdoor placed just upon the ceiling where it seems that Kai and Hanlan will have the big fight. On the right we can see some tricky steps, placed strategically away from the each other and where the guys will have to pay attention not to fall into the sharp blades, just aside them.

In the big wall, just in front of the stairs, there are also a couple of green balls that can be easily triggered through the back and shot against who tries to climb the ladders. The wall itself look quite pretty, built mostly with red and black bricks and features some really nice details such s the flags on top or the white windows on both sides. 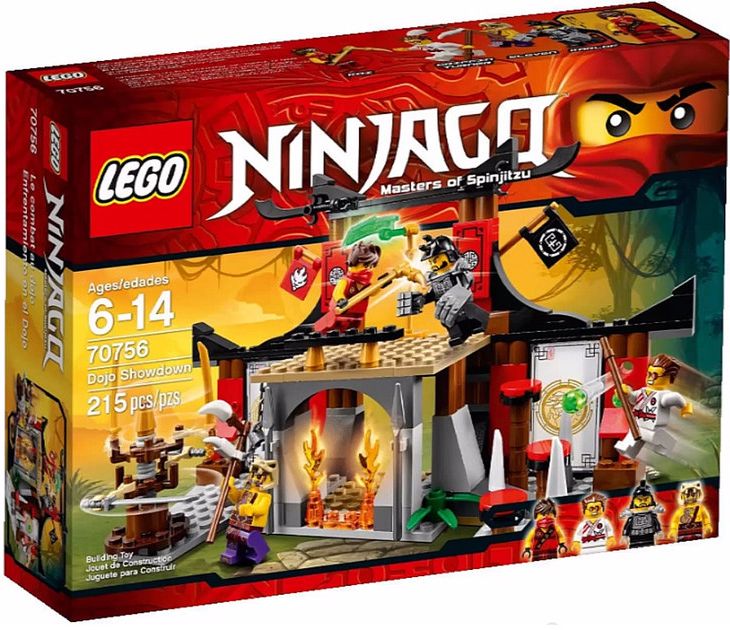 Overall this is a good example that Ninjago has some really nice and non expensive sets without vehicles. The building looks great and filled with some tricky features which is nice in terms of playability. The mini-figures once again look pretty accurate, even the white Griggin Turner that at the first glance has nothing to do with the rest of the guys. The set will be available shortly and should retail around the twenty five dollars.