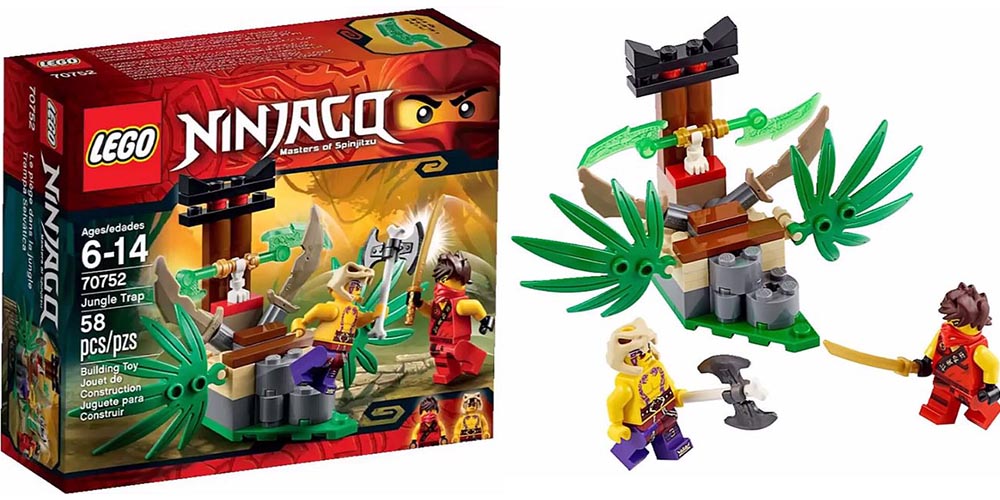 Having a look at the mini-figures, Kai once again looks very nice with a small scarf in his face and a red detailed suit. The yellow warrior has a good color combinations mixing yellow with purple, a zombie face and, just like kai, a very detailed printed body. Both bring a big and deadly weapon.

Seven or eight dollars is the price that we should expect for this set. The playability isn’t much but the value for two mini-figures plus an extra structure to join other bigger sets seems fair. Enjoy the gallery!