Enter the Serpent is a Ninjago set that will be available on stores in the beginning of 2015. It has five hundred and twenty nine pieces which puts it in a price level around the seventy dollars and features a big temple with a snake head on top, a smaller prison, just next to it and five mini-figures: Jay, Lloyd Garmadon, two new warriors and a serpent general.

This new Ninjago tribe definitely brought to the fans a great headquarters with some really nice details. The head on top is perfectly sculpted and best of all, it shoots green balls from its mouth (the set brings two) against the Ninjas, triggered by a handler placed at the back.

The Temple has two distinct levels, having the first one a mysterious garden with spider nets in both corners and a couple of empty spaces which I think that might hide a few traps for the Ninjas. In the middle we can see a big ladder that will lead to the first floor where a big arch surrounded by two serpent’s head waits for the visitors.

Entering in the Arch, the big gong in the middle looks absolutely impressive with a nice detailed printing. At the right, it’s possible to find a small rack to store the several different weapons that the Serpent warriors have. But if the Ninjas turn left they’ll certainly find a treasure chest and a tricky passage to the second building. 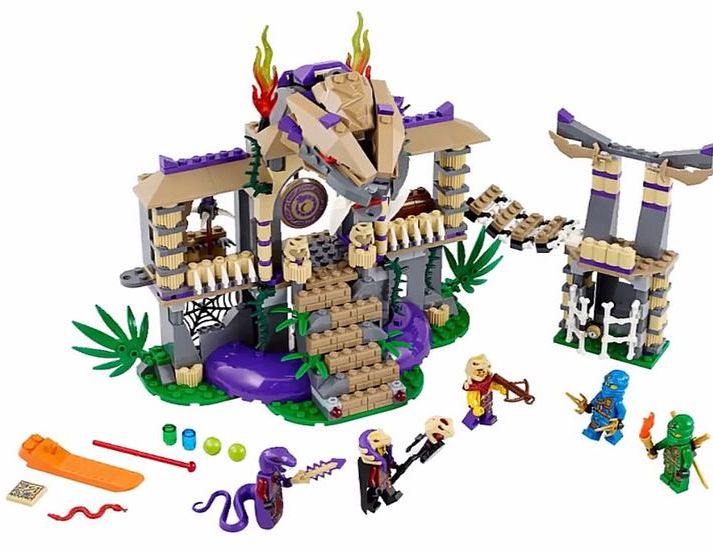 This structure is nothing more than a prison for one of the Ninjas with a guard Post on Top, attached to the Temple through the tricky bridge that won’t certainly be easy to cross. The cell is closed all around and the entrance is made with several little bones which honestly doesn’t seem hard to break even for Jay. 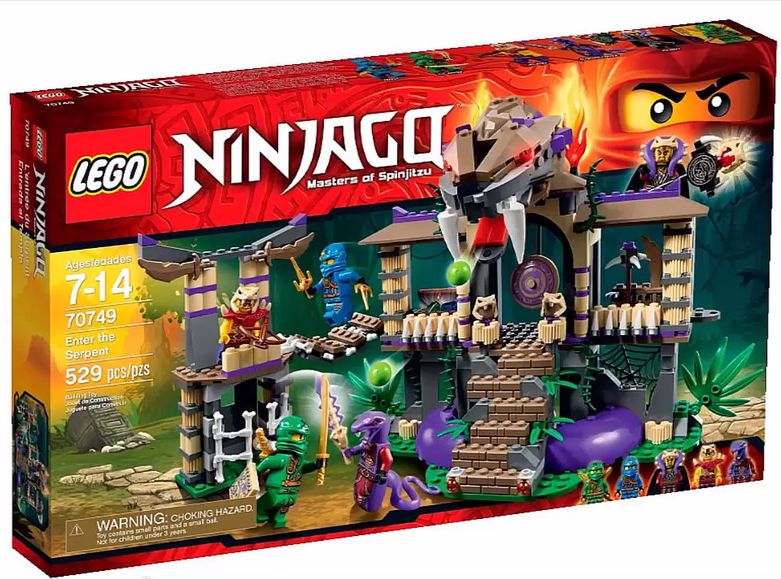 Having a look at the five guys, they’re simply great, especially the Ninjas, and the Purple Serpent General that is surely different from everyone and a great addition to the collection. All of them bring highly detailed bodies and at least one different weapon (be careful with the soldiers…) which makes this set, in my opinion, one of the most enthusiastic of this new wave, in terms of mini-figures. Enjoy the pictures!