The Boulder Blaster is a new Ninjago set that has recently been unveiled and will hit stores in the beginning of the year. With exactly two hundred and thirty six pieces it features a really nice plane, three mini-figures (Cole , Slash, Slaven) with the respective weapons and a small breakable wall.

Ninjago is definitely on top again! Belonging to Cole, this huge aircraft is not only extremely detailed but most of all, and looking through the first available pictures, it brings a lot of cool features to enjoy.

The plane’s nose brings eight (!!) new spring loaded shooters that honestly seem more than enough to destroy the small wall. But more than that, they’re part of an awesome rotating mechanism that seem to spin quite fast giving the missiles a really interesting fire power! I wonder where they’re triggered, through the pics it’s possible to see a couple of knobs, but they seem to be part of a mechanism instead of being the trigger. 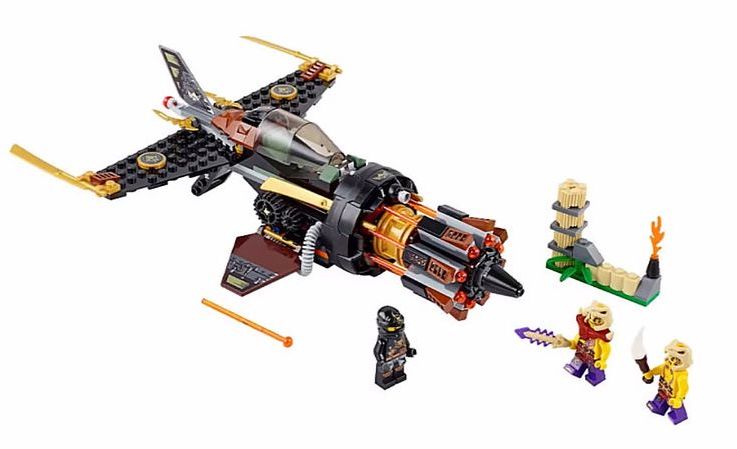 Behind the big cannon, we can see the cockpit with a large windshield that is usually used not only in this one but also on other themes. Inside there’s space for the seat and also for the handlers, at the front. Below it and besides the two knobs, there is also a couple of brown wings which I think that can easily change of position. At the back, the black wings have two golden swords in the edges that give the plane the final Ninjago style.

Having a look at the wall, it is built with a few small pieces and seems prepared to break whenever is hit by a couple of missiles. Finally the mini-figures, Cole seems to bring the same suite and all its details, Slash and Slaven are new characters with yellow and purple suits, which is different from the usual but not necessarily prettier. 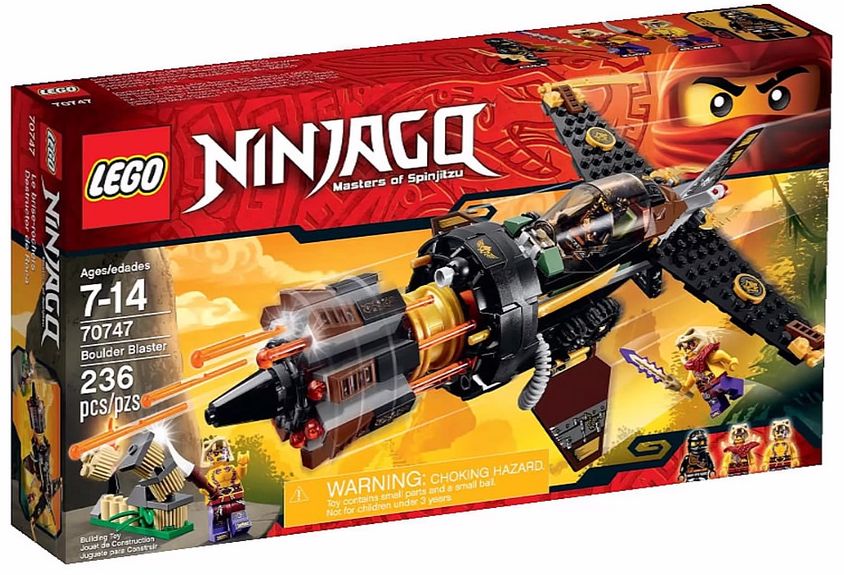 Globally, I think that Ninjago will hit 2015 with plenty of great sets where this one is obviously included. The plane is awesome, with lots of different colors and shows plenty of stuff to play with. According to the number of pieces and if Lego keeps the trend, this new Boulder Blasdter will retail around the thirty bucks. Enjoy the pics!