The snake’s head is perfectly sculpted with fearful red eyes and big teeth and most of all, a hidden feature that allows firing a small net between them, trigged by a knob placed at the back. Just behind it, there an awesome double cockpit for the warriors, that includes their seats and a couple of handlers made with white bones. 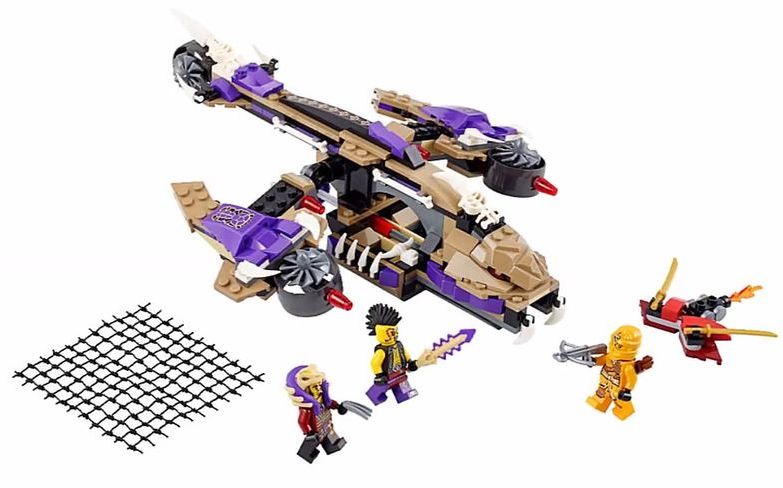 The Condrai copter is reasonably equipped in terms of weapons having besides the net, four flick fire missiles placed in the wings. Though the pictures is already possible to see that they can not only change their angle but also that they carry two of the three small propellers that the heli brings, being the third one in the tail.

Skylar looks really great with its yellow suit but I wonder if he’s capable of fighting back the big heli only with its small board, which I must say at the first glance is not bad at all. It brings at the front a couple of clips with two golden swords, two studs for a mini-figure’s stand position and a nice flame at the back. 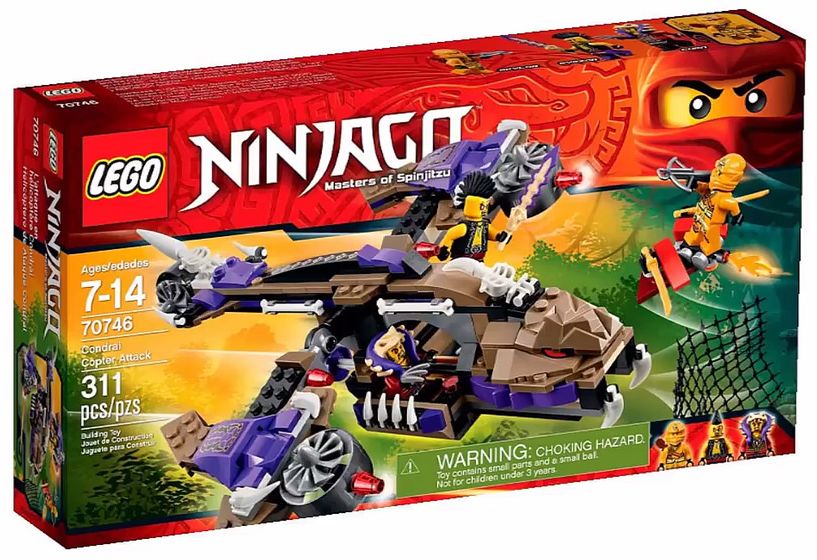 Globally it seems a really nice Ninjago set. Filled with nice details everywhere (the quantity of bones and sharp bricks that the heli brings is impressive…), the Condrai Copter brings a lot of stuff to play with and the figures (all of them bring assorted weapons) seem also a nice addition to the collection. According to the Theme’s trend, I would say that it should retail with a price around the thirty dollars. Please, have a look at the pictures!