The Anacondrai Crusher is a small Ninjago set with exactly two hundred and nineteen pieces that will be available in the beginning of 2015. It features, besides the crusher vehicle, two mini-figures (Kai and Krait), both with the respective weapons and a small catapult for Kai in an attempt to reach Krait on the top of the vehicle.

Like most of the Anacondrai sets, this Crusher has at the front a snake, perfectly designed, where all the main parts such as the eyes, the mouth or even the big teeth can be easily identified.

Inside, a very interesting mechanism triggered through the back, ensures that a couple of flick fire missiles are powerfully shot against the enemy. Of course, in order to hit it, the crusher must be aligned with the target, which sometimes is not so easy. To work around that and defeat the enemy, there are two big arms, just aside the head, with tree swords each, that rotate vigorously which will certainly be enough to keep Kai away from the vehicle. 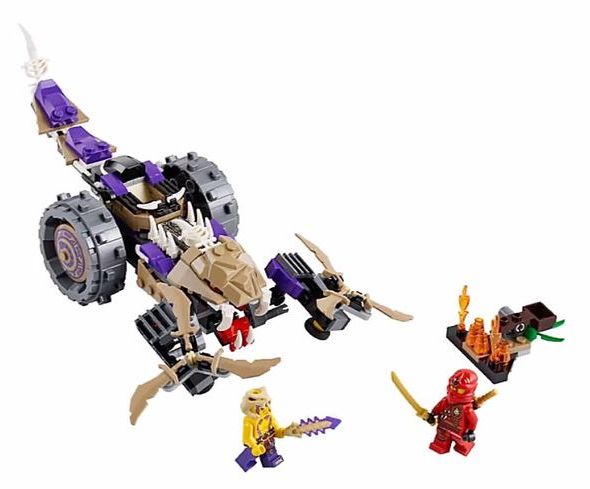 Just behind the head, the cockpit on top has only the minimum space for Krait and I guess that this time there no kind of handlers to maneuver the car. The extra large wheels are also quite unusual and at the same time rather impressive. In terms of size I would say that they’re clearly taller than the mini-figures. The tail is also very long and built with plenty of small pieces and shows a nice white sharp tip. 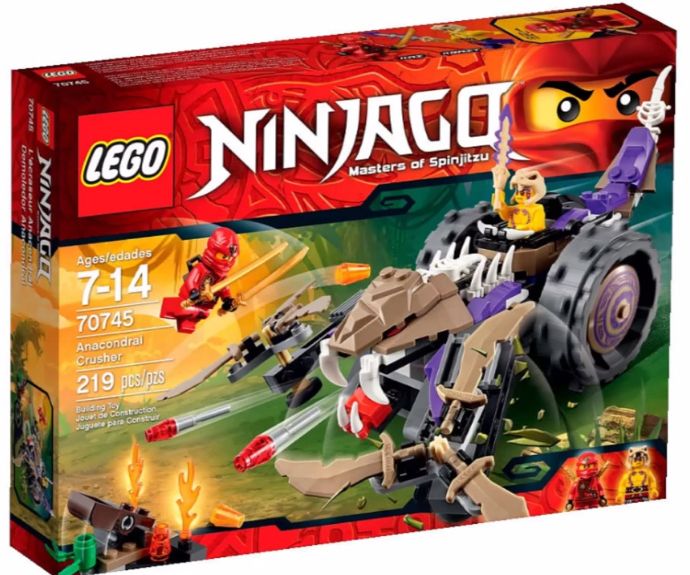 The small catapult is surrounded by flames and seems quite easy to build. With luck I think that Kay will fly over the saws and land right on the top of the Crusher. Finally, the mini-figures, despite their nice details, are two familiar guys, present in several 2015 sets. Globally this looks definitely another interesting set with some cool stuff to play with and I guess that the price, around twenty dollars, won’t certainly be a con to achieve it. Enjoy the pics!