The Ronin R.E.X. is a new Ningajo set that belongs to the 2015 second wave of releases entitled “Shadows of Ronin”, that will be available next August. With five hundred and forty seven pieces, it features an extraordinary airship, a small dragon and four mini-figures: Ronin, Kai, Ghoul Tar and Hackler.

Filled of amazing details and a global shape that remembers somehow Star Wars, the REX is built with several colors where the red prevails above the rest. The cockpit is simply huge with a long windshield and lots of space inside, having just at its front a couple of powerful lasers to fire against the enemy. 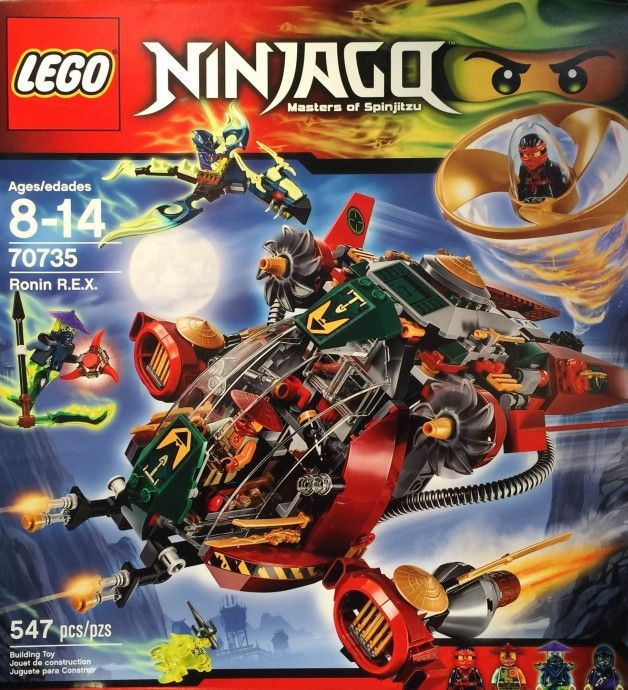 Inside the cockpit, Ronin has his seat with some handlers and a considerable number of things behind him, namely a pair of stud shooters and a red mug. Just above these and still inside the cockpit there seems to be a couple of additional features that through the available pictures are hard to figure out what they are.

Aside Ronin, there are two powerful engines with lots of golden elements which definitely makes this airship extremely beautiful in terms of color combination. Two additional propellers, connected by hoses are also positioned on the top of the cockpit. Globally the REX has plenty of small pieces everywhere making this vehicle very irregular, but beautiful at the same time, in terms of shapes. 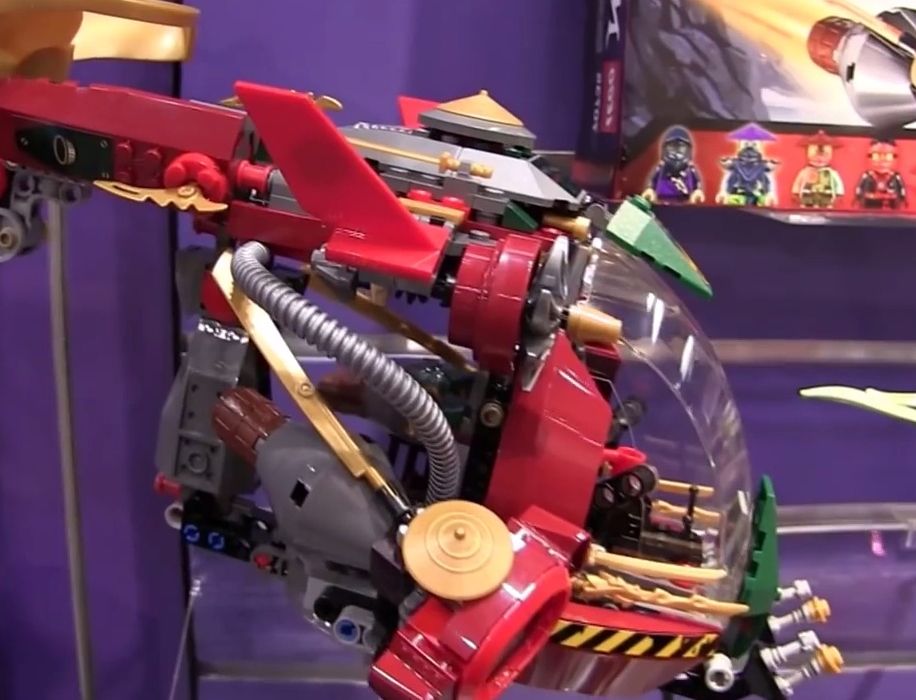 Behind the cockpit it’s possible to see that there is a technique structure that supports all the rest, with once again lots of small elements on top, including the long tail at the back. This part has probably the most interesting feature of the airship, a golden propeller with Kai inside, that once triggered, goes out from the REX, spinning very quickly through the air.

Having a look at the dragon, it is considerably small, compared with the REX, but it shows some really nice colors, a very detailed tail and at the first glance two red scary eyes. The mini-figures are simply perfect, as usual, and all of them bring different weapons. Globally this looks definitely a very interesting deal, with lots of interesting elements, but most of all if we look at the price that should be around the fifty dollars. Please have a look at the gallery: