The Thunder Raider is one of the three Ninjago sets that has been recently presented and that will be on stores next year. It features a big blue Thunder Raider, a sort of all terrain buggy with extra large wheels, the Earth Mech which once again I’ll pass, and three mini-figures, Cole, Jay and Nindroid.

The Earth Mech, despite my usual displeasure with the Mechs, has a great color scheme, using a few golden pieces (the blades are excellent) mixed with black which definitely makes it quite nice in terms of aesthetic. The arms and legs are attached to the main body using the traditional ball’s mechanism and right in the middle, Cole has a great piloting position, capable of reacting instantly against the enemy’s attacks.

Having a look at the blue thunder rider, it is absolutely an unusual vehicle and filled with plenty of battle features. According to wikia, same of them are attack-mode hidden missiles, front tank treads, huge rear off-road wheels, attachment hub for Earth Mech, gold Ninja swords and lightning motif which are excellent in terms of playability.

The front axle has a couple of caterpillars made with a few dozens of small black pieces and an additional mechanism made with technic pieces that suggest a trigger of some other feature . The cockpit is long and provides a lying down position to Jay that has at his disposal a small control panel to pilot the vehicle. 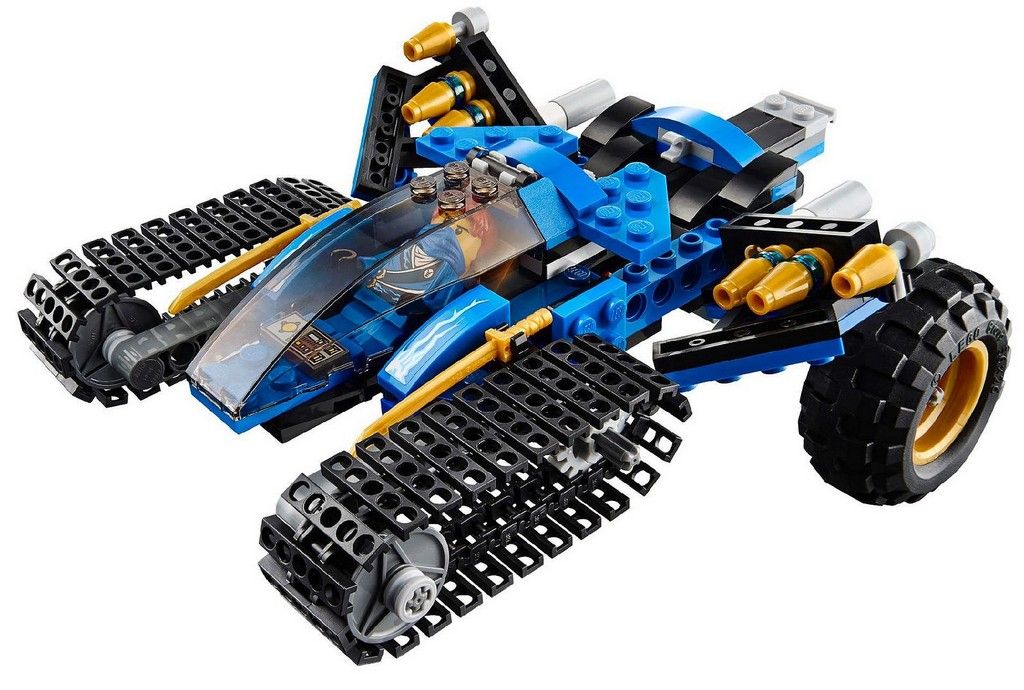 The back axle is definitely wider than the front one and on both sides, six golden flick fire missiles (the golden color is definitely a 2014 tendency…) provide the vehicle all the fire to defeat the Earth mech while at the same time the golden blades might take of the black Nindroid, however this one will be able to fight back with a red double laser cannon.

Finally, there are two final points that I haven’t cleared yet. One is the difference in terms of look between the speed mode and attack mode and the other is what kind of functionality provides the black bar at the back of the vehicle. There is no doubt that it moves but what does it do? 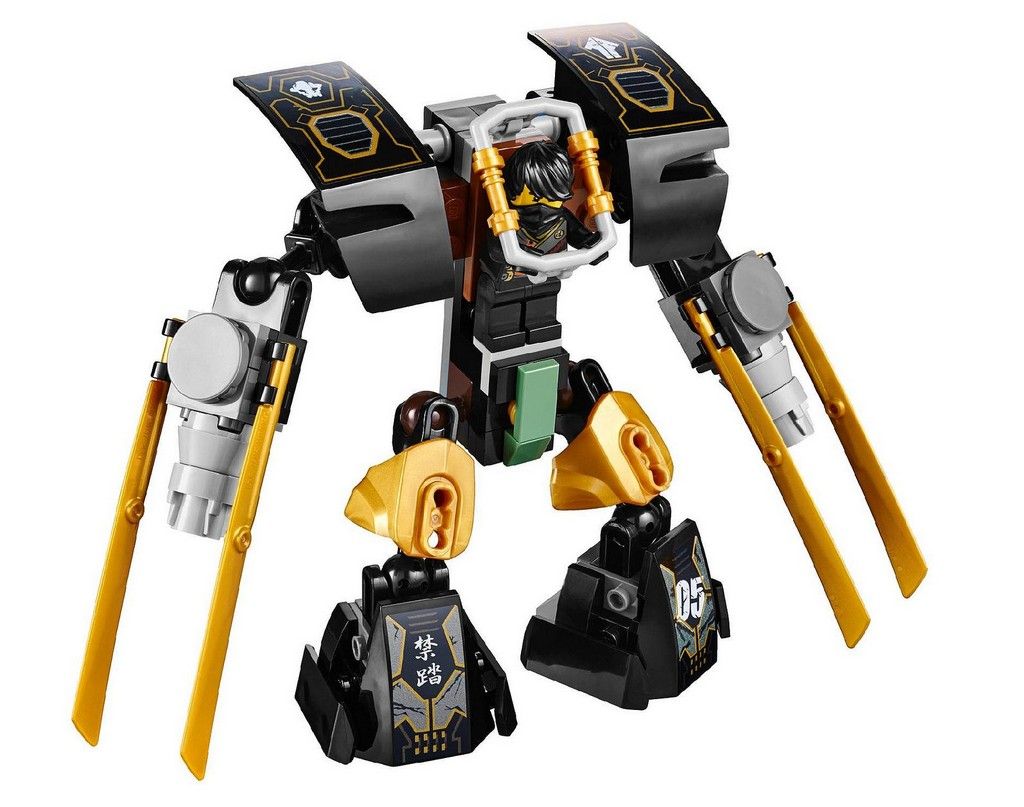 With exactly three hundred and thirty four pieces it’s definitely a nice Ninjago set with two main elements, three superb mini-figures and lots of stuff to play with. With a retail price around the thirty dollars it will be available only in 2014, probably in spring. Until then, have a look at a few additional pictures: