Finally all the doubts about Ninjago sets for next year were totally dispelled. The Kai Fighter is the first one to be presented and is planned to be on Stores next summer! With exactly hundred and ninety six pieces this new Ninjago masterpiece brings two new mini-figures (General Cryptor and Kai) and a big red jet vehicle.

The attention obviously goes to the new jet, piloted by kai. Wikia reports that this is a converted vehicle made by the Techno Blades and re-purposed by Kai which absolutely is not difficult to believe, attempting to the bunch of features and weapons that the ship has because wherever you look at you’ll find blades or missiles.

Starting at the front the long nose, which has a couple of long gold blades commonly used in other Ninjago sets and honestly I must say that the combination of the gold bricks with the red scheme is definitely very nice. In the middle, the cockpit has a long windshield which opens widely and inside besides the seat, it seems that there is enough space for some handlers or even a small control panel.

Just below the cockpit, two small flaps which I think that are retractable, have a couple of stickers with same flames that look really very good, giving the jet a great image of power and strength. Just behind them two air entrances for the engines look also very cool and once again are represented using a couple of gray stickers. 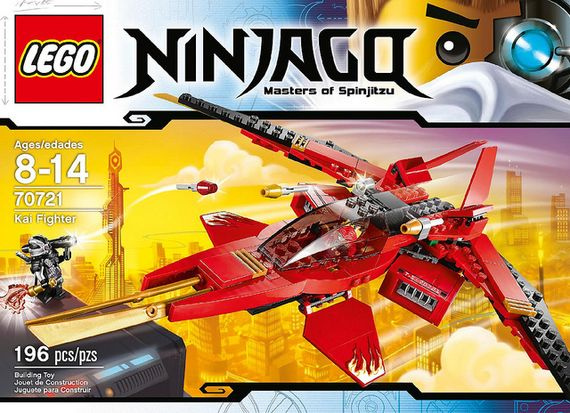 Above the pilot, there is not only a couple of regular gold flick fire missiles but also two thin red fins that can be tilted to a position of almost 45 degrees according to the jet speed or look that is pretended. Finally at the back we can see the big wide wing which are mostly built with long red and black plates and a few small golden pieces. Looking at the pictures, it’s not difficult to speculate that they have a mechanism which allows them to move back or forwards to a desired position.

The mini-figures at the first glance look really great, Kai with its red suite is an old Ninjago character but this time it brings a crazy hair and a red scarf in its face. On the other hand General Cryptor is a new mini-figure, representing the Nindroid Spirit that this wave presents to bring. The printed details are brilliant especially the red spot in the eye and the helmet couldn’t be better. To give some extra playability to the set, it also brings some accessories to fight Kai, such as missile launcher, a silver sword and a red ax. 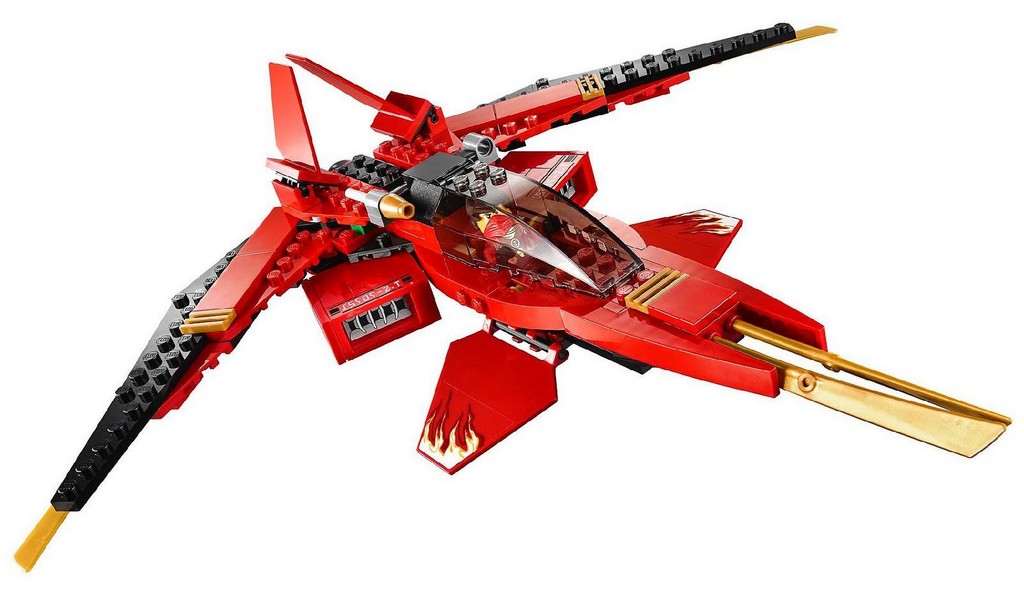 Globally, I guess that this set isn’t properly something new on Ninjago, there are a few similar sets with air jets but in terms of features and value for money it looks a good acquisition. The twenty dollars are absolutely fair and the General Cryptor is absolutely a great addition to the collection. Please have a look at some additional pictures: