The 70720 is a new Ninjago set and at the same time the entry of the new 2014 wave of sets. It’s typically a ten dollars package, with less than hundred pieces, that will bring two mini-figures (Cole and a black Nindroid), a sort of hovercraft, and of course some interesting features namely the new golden chain with a green saw.

Built mostly with grey and purple pieces, this hover looks rather pretty and brings a few interesting features for such a small craft. At the front there is a big saw blaze which speeds up perfectly and at both sides a couple of flick fire missiles is mounted and ready to blast the Nindroid. 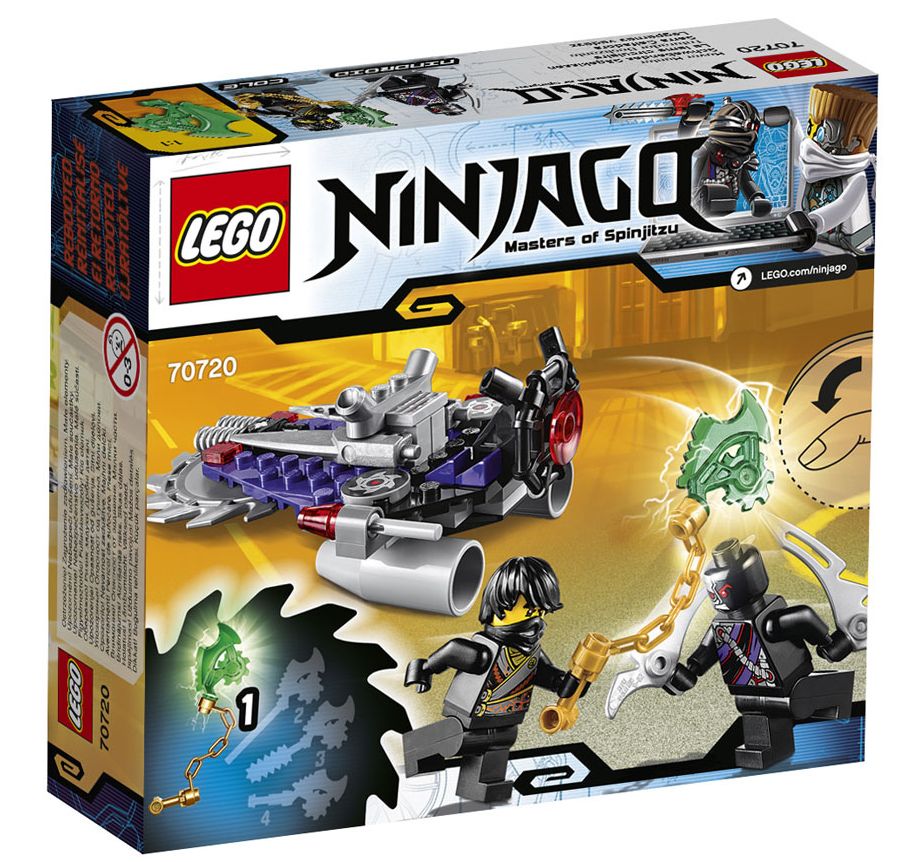 The quantity of unusual pieces is also an interesting point in such a small set. At a glance, we can easily find the couple of rotors below the pilot, a black protection at the back, all that grey structure at the front which I guess it might be a sort of engine and even the big saw blade at the front, which makes this little ship a very interesting vehicle. 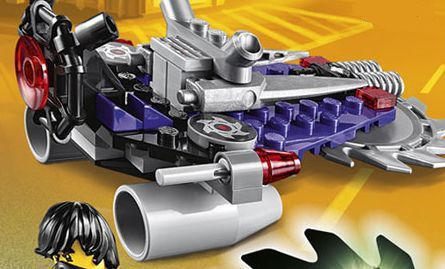 The couple of mini-figures, as always in Ninjago, look extremely accurate and despite their usual presences in the sets, they’re surely a nice addition to the collection. Globally I guess that for $9,99 we can’t ask for much more because it brings two guys and the hovercraft looks cool in terms of playability and also because it fits in perfection as a complement of bigger sets!