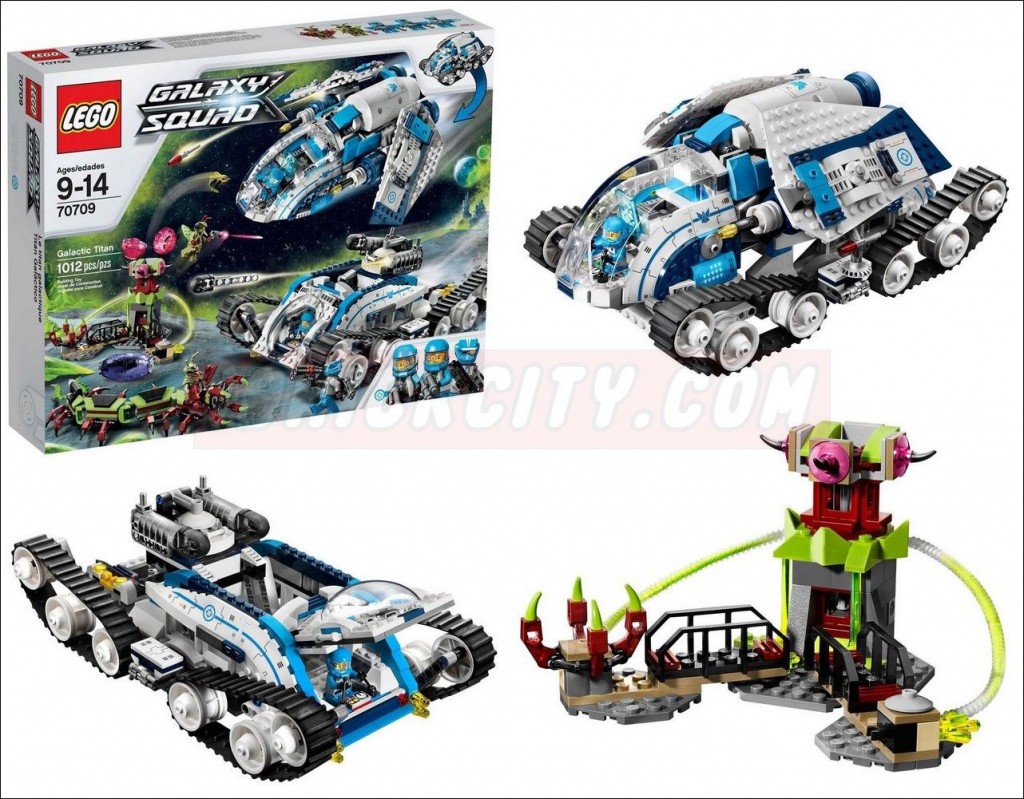 The main features don’t end here, because this time the bugs have also a long vehicle (well, at the first glance it doesn’t look like but if we look closely, it has some handlers at the front and one of the mosquitoes is standing on it) and a small base or headquarter that will also serve to capture the blue soldiers.

When all parts are together, this huge vehicle couldn’t look sturdier. With four big and independent rubber caterpillars, the galactic titan impresses not only because of them but also thanks to the big cockpit at its front. Besides the control panels and the couple of handlers, it has also a very long windshield which I guess is exclusive of this model. Just behind the piloting position we can also find an extra space to store some additional tools or weapons. 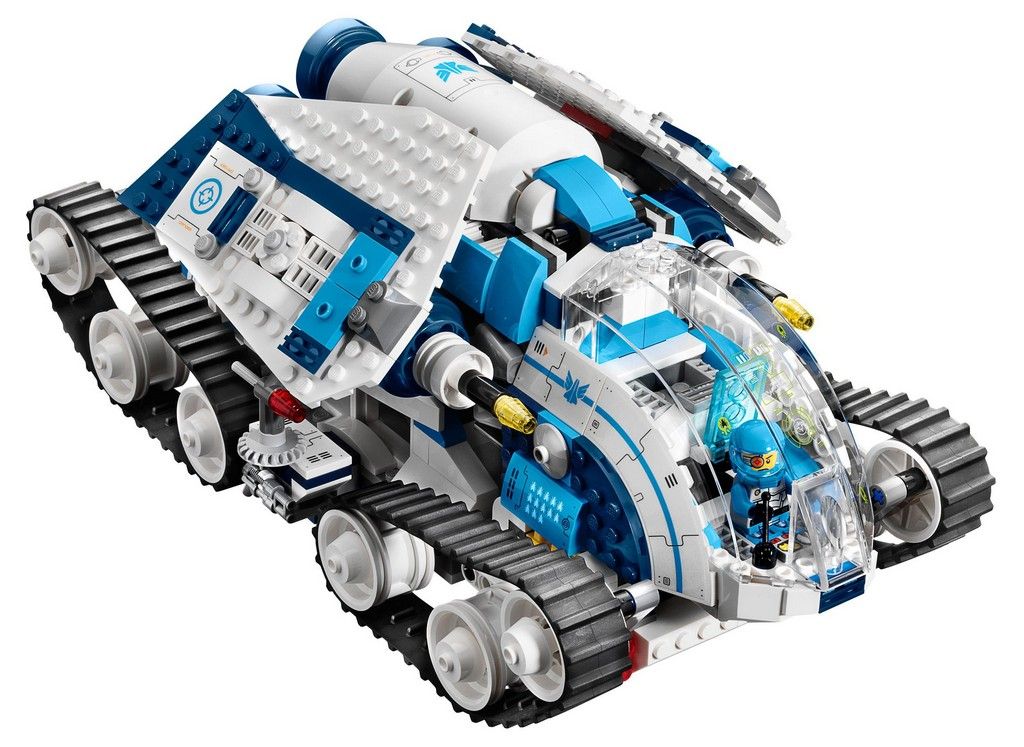 Every single part is extremely detailed and for that there is also an additional contribution of the multiple stickers that we can find almost everywhere. Next to the cockpit we can also see a couple of flick fire missiles which in a first stage will try to handle with the bugs’ attack. But if these are not enough, a couple of additional, just in the middle of the caterpillars will handle with all the side attacks.

As you can see through the gallery, most of the parts, especially on top, that are shown when the vehicle in all together will belong to the space craft after taking off, giving the tank a completely different look, starting by its travel direction which is now the opposite because that the new and smaller cockpit is now placed in the other extreme.

The ship has lift off and now remains a naked structure but at the same time quite interesting and with some nice features, starting by the huge double cannon placed at the back. Made with some technic pieces, this deadly weapon is definitely more powerful and the usual flick fire missiles, shooting the huge ammunitions to a longer distance than the others. At the front the cockpit looks smaller but keeps all the mentioned features and best of all opens widely which is great in terms of playability.

Having a look at the separated gunship, there are obviously multiple equal features however this time we can observe better that the wings assume multiple flying positions, they also have two nice stabilizers in case of landing and the three powerful engines at the back surely will provide the necessary speed in case of attack. All the flick fire missiles spoken before will follow the space craft just as soon as it takes off from the rest of the structure.

Talking about the bugs, their small headquarter uses the uual color combination (green and dark red), it is extremely fast to build and its main feature is obviously the big claw in one of the edges that will hold the blue cocoon where supposedly the blue soldier will be arrested. 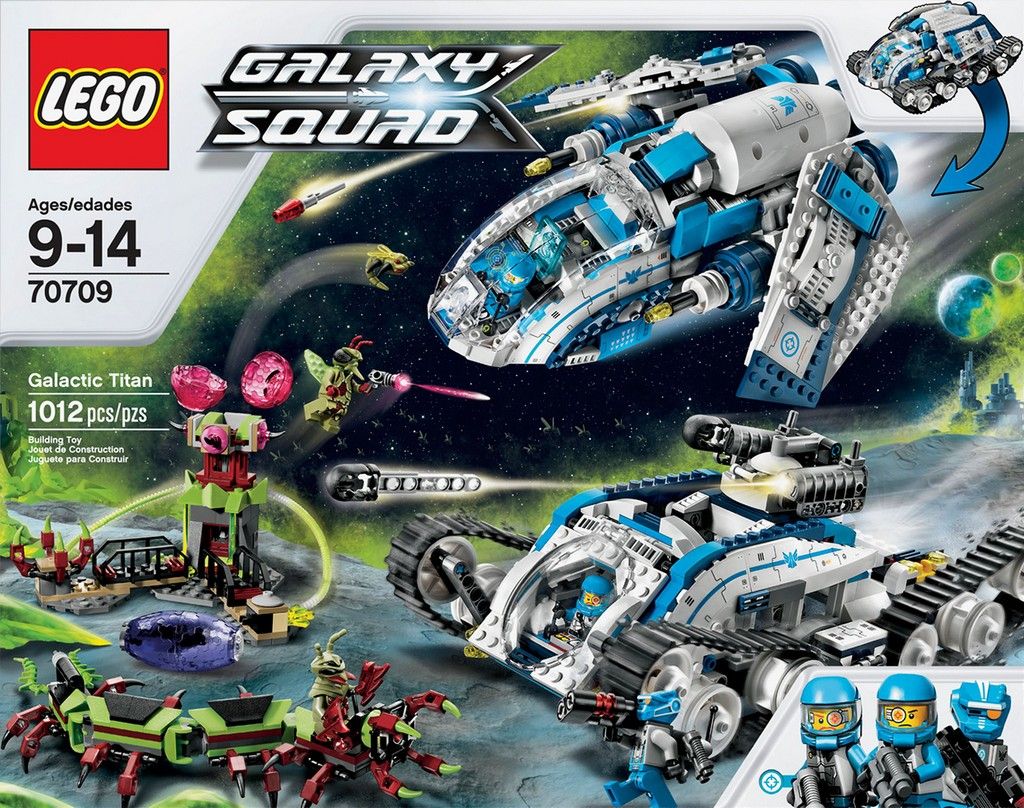 The long centipede is also, as everything else, pretty detailed despite, in my opinion, of being the less good (worst is a heavy word…) part of the set. Just like the headquarters, it has a big claw for the cocoon, plenty of small claws all over its body, I especially enjoyed the pieces used for achieving the curved look and finally the green tail is also very nice!

Globally, is definitely one of the greatest squad sets. It has an endless playability, plenty of nice features (the splitting mechanism of the two vehicles is a must) and of course the four mini-figures are surely pretty nice with a bunch of interesting details. Hundred dollars is fair and is in line with the rest of the theme. Please have a look at a few additional pictures: