Continuing with the galaxy squad summer wave of sets, the Hive Crawler is another model that will soon be available on stores. It is considerably big with exactly five hundred and sixty pieces which includes the big insectcoid, three mini-figures (Billy Starbeam and Robot Sidekick from the red squad and Alien Mantazoid), a couple of small green larvae and a small craft that ingeniously can split in two.

Despite my indifference towards the galaxy squad bugs, I must say that this Hive Crawler looks very nice with some pretty nice details. First of all it is quite sturdy and as you start building it, you’ll notice a solid base mixed with a considerable number of technic pieces that will also be the structure for the legs’ attachments as well as for the abdomen.

At the front, the two big red eyes hide the cockpit where the green alien with four black eyes controls the insectoid. The bug’s eyes easily move forward and give a nice access to the interior where there isn’t much more than a seat for the alien. Behind it, there are two nice big antennas that easily will hit the red squad elements with powerful lasers.

At the back, the big round plates hide a big compartment with an amazing feature that will surely provide many hours of fun, especially to the younger. Two big eggs, on a small platform made with technic pieces are ready to be shot, thanks to a mechanism that is triggered between the red teeth, and will easily catapult, with the help of a rubber band, the eggs over the bugs’ head. 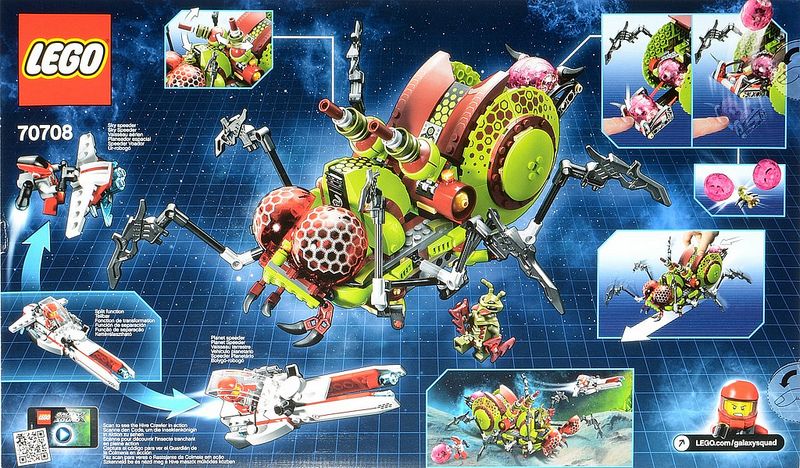 Once built, and having a look below the main structure, I must say that is definitely impressive all the connections that will be responsible for the legs movements. Finally at the front, just below the red eyes, there seems to be a small disk ready to be shot and triggered somewhere in the insectoid’s body.

Having a look at the small craft, it is simple but quite nice. The long nose hides a blue laser and just aside the cockpit there is also a nice shotgun. The piloting position looks well protected thanks to an unusual windshield that moves easily every time is necessary. Finally at the back there is a small glider for the red robot that detaches easily from the craft being propelled by the robot’s little jets. 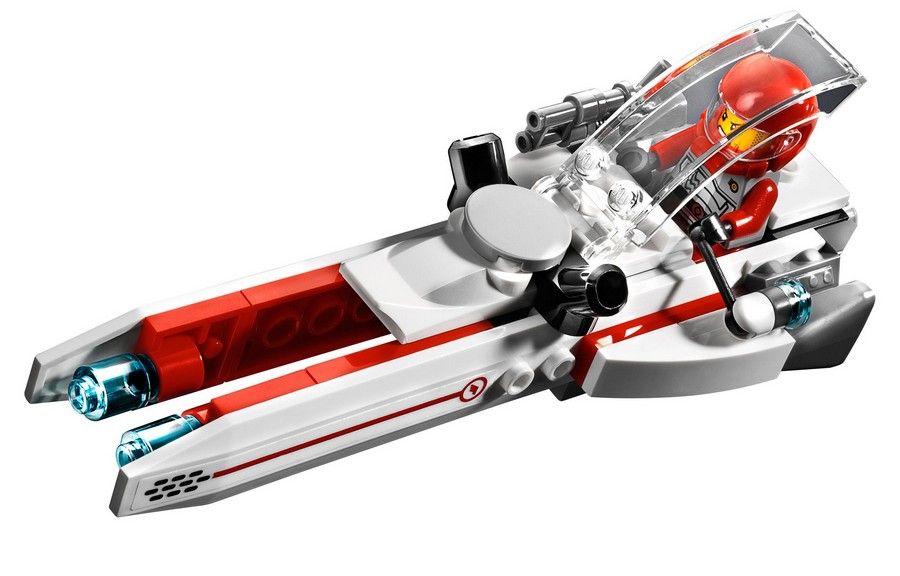 Overall, this seems a nice set among the bugs’ models. The ugliness remains but the list of interesting features is definitely longer than in other models. The three mini-figures continue accurate just like in the first wave and finally the sixty dollars that you’ll have to reserve in your wallet look fair and are in line with the rest of the squad. Please have a look at some additional details: