I am not I truly fan of Mechs but I must say that this one is not one of the worst, far away from that. The entire structure is absolutely sturdy with plenty of nice details, the legs are completely symmetric and are attached to the main body, just below the cockpit with the usual mechanism, present on several mech of different Lego themes.

Both arms are completely armed, the left one has a rotating flick fire missile launcher with six missiles and the right one with a powerful machine gun, also with six barrels. When the small space ship takes off, the big cockpit gives place to a smaller one with an unusual windshield and some nice extra weapons. 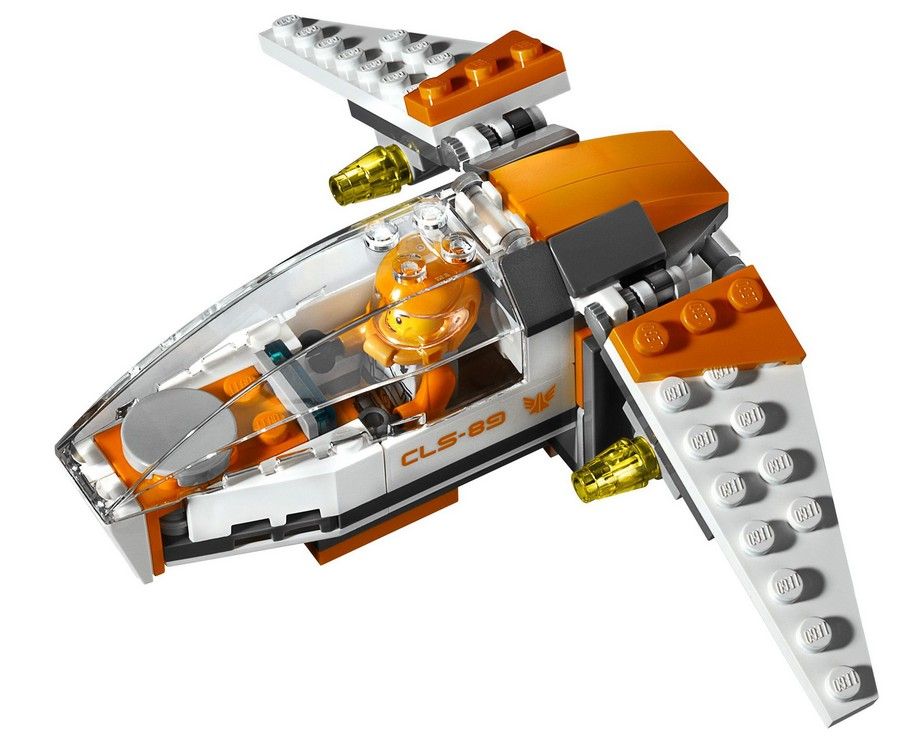 Having a look at the small space ship, it is definitely pretty nice. The cockpit is rather long as well as its windshield, inside, the nice control panel seems only a small blue piece, I surely hope at least a small sticker on it, and at the back the wings are adjustable in terms of flying position and both have a missile ready to shoot against the big insectoids.

Talking about these ones, they’re almost twins. The legs are the same as well as their heads, and major difference is that one of them has a couple of big wings at the back. The usual green cocoons are also present and seem to be a nice trap or compartment for the two orange mini-figures! These ones don’t add much thing new but definitely look accurate and seem a good addition to the collection. 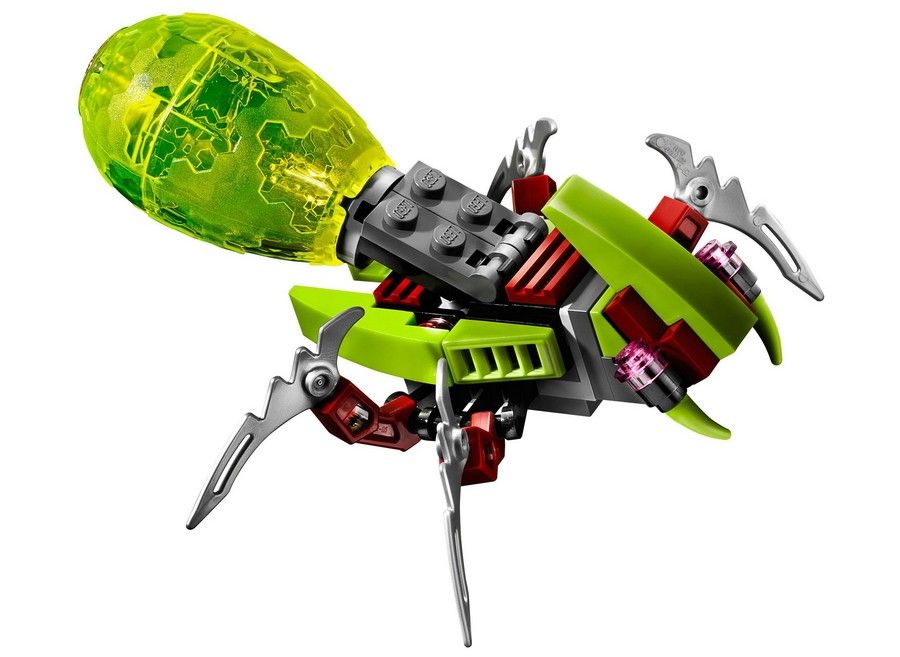 Globally, this might be an interesting set if you like the combination of galaxy squad and mechs. The separation of the space ship from the head of the mech is the highlight of the set and the two mini-figures look also very nice and finally the retail price will be around the forty dollars which looks fair according to the almost four hundred and fifty pieces. Please have a look at the gallery: