Definitely you have to have the galaxy squad feeling to achieve the new Crater Creeper. It has absolutely some nice details, a couple of interesting features, two mini-figures (not particularly new…) but overall it’s too much insectoid for a twenty dollars set. You have to own a couple of different squad sets before you buy this one (my humble opinion) otherwise I think that you’ll have the thought. “What do I do with this thing?!”

This new Crater Creeper, that will be released on the next months all over the different markets, has exactly one hundred and seventy one pieces and includes a couple of nice mini-figures (Chuck Stonebreaker and Alien Buggoid), a small flying saucer and of course the big crater creeper.

The main body of the bug uses the traditional color combination present in previous sets, a strong green and dark red bricks mixed with a couple of translucent and basically is where all the other parts will be attached or placed, namely the six black legs, the handling position, on the top, for the Alien Buggoid and the two flick-fire missiles just behind it. At the front, just as the red rubber elastic suggest, there are two big claws to grab the enemy that are easily triggered and controlled through a small technic mechanism that is placed at the front of the bug. 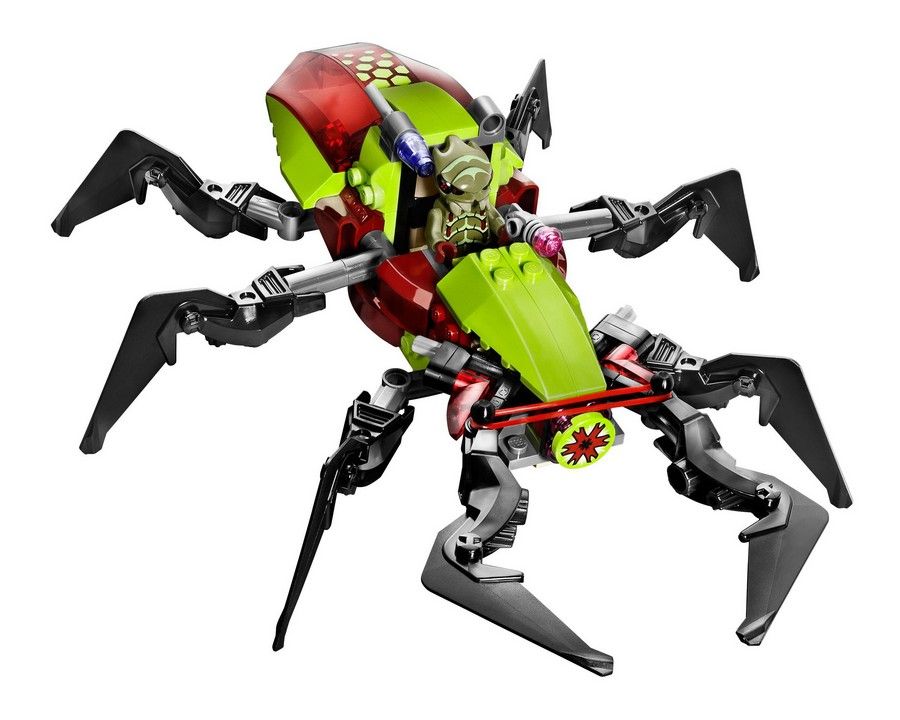 Having a look at the small flying disk, it is built up on a small round piece with six studs wide and as far as we can see in the pictures, it has a nice control panel at the front and surely is quite armed namely with a couple of missiles placed aside the cockpit and a couple of pistols for Chuck Stonebreaker. 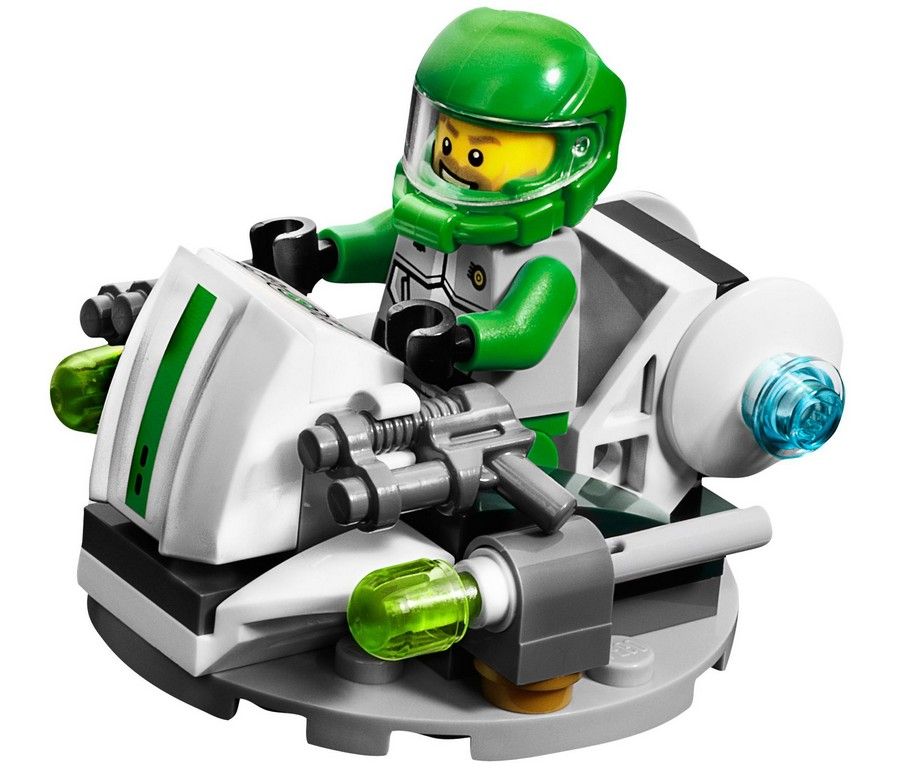 Globally it’s an average set with no big things to highlight. I don’t like the bug, the mini-figures are usual and the flying saucer is too small to cause same kind of passion. The price looks fair according to the hundred and seventy pieces and also looking to the other galaxy squad sets. Please have a look at the gallery: