The Star Slicer is a new Galaxy Squad set with more than three hundred pieces. Although some great features that it has, I must say that at the first look, I didn’t sympathize with it. The set, besides the big alien mosquito, also brings a nice space vehicle that splits in two and three minifigures (Solomon Blaze, the Blue Robot and the dark red insectoid).

Honestly, I do have a problem with this theme because for me, these insects don’t combine with Lego. They’re simple not my type. However I must recognize that the bugs, not only this Star Slicer but overall every one of them have surely some interesting features, different colors and sometimes a couple of unique pieces. 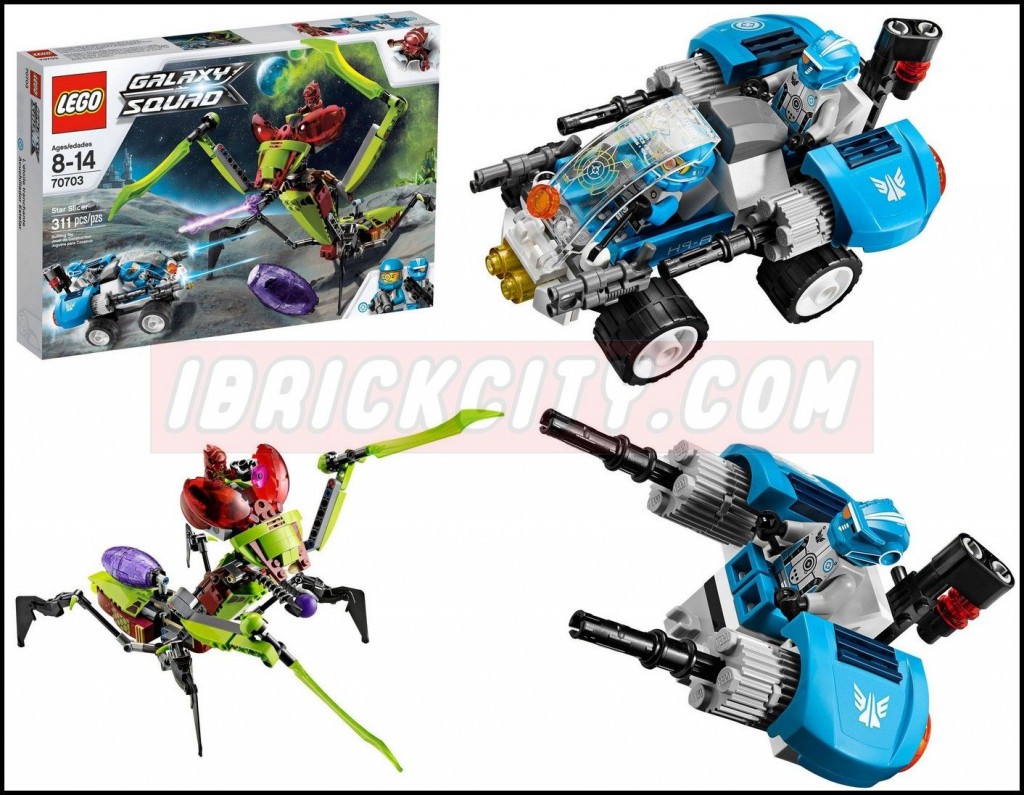 And this star slicer has a few of all those elements. First of all it is rather big, with long claws, big eyes and an endless (almost…) tail. If you like technic sets you’ll enjoy building this alien because it uses a lot of technic pieces all over its body, and most of all in its six legs. These can assume several position and movements, which definitely improves the bug playability. 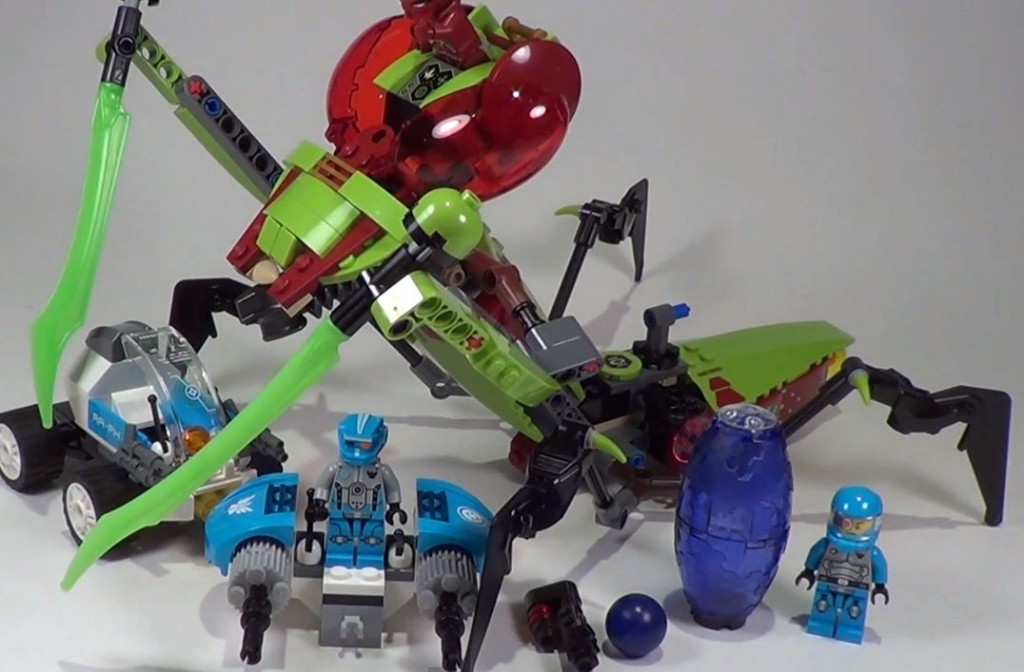 The dark red eyes hide the insectoid cockpit where the little alien controls the bug. The controls are the only printed piece that the set has, everything else that you might find, not only in the Slicer but also in the vehicles are stickers. In order to attack Soloman Braze and its vehicle, there is just below its nose, a very interesting weapon, a ball launcher. 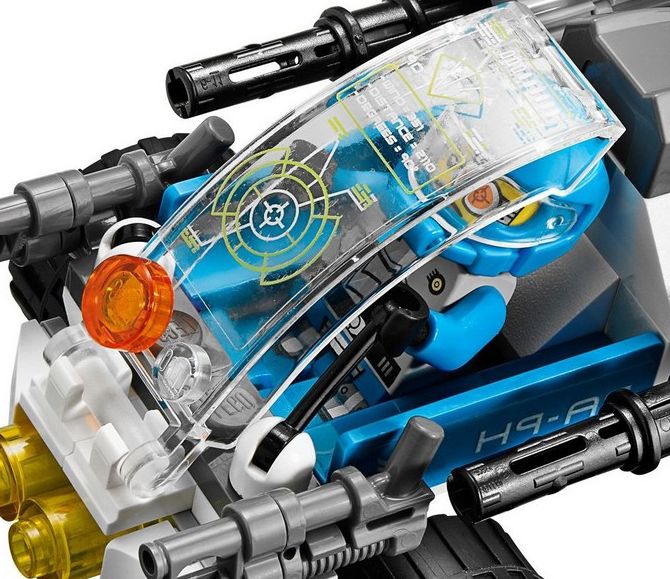 You just have, to aim the weapon, point the bug against Soloman, squeeze the grey piece and the ball (the set brings two little balls!!) is shot hard. This is for me the slicer’s big highlight. Finally, the tail is big enough to fly with the blue cacoon on it, no matter it is empty or if it carries a passenger that can be the blue robot for instance. 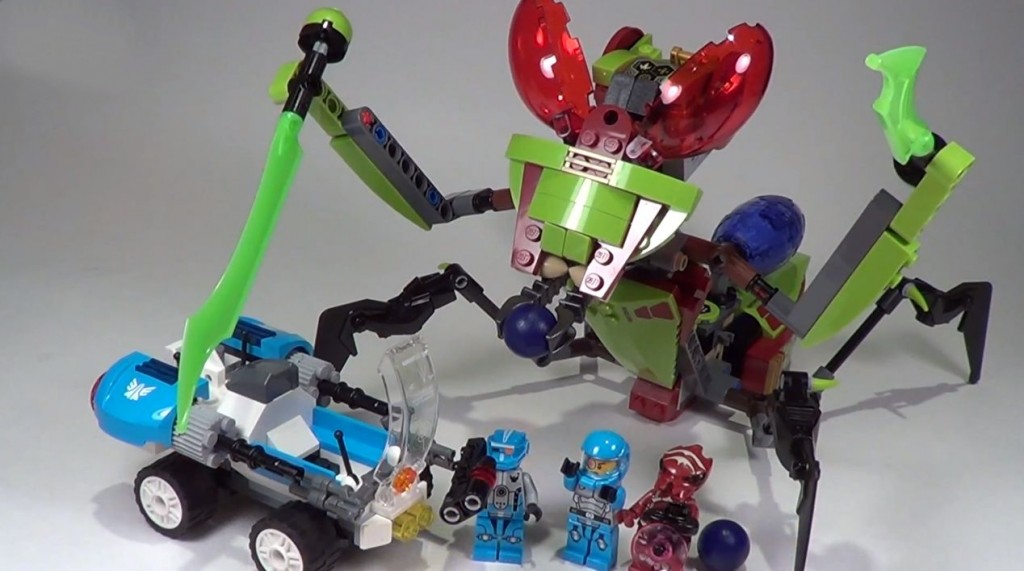 Now let’s have a look at Solomon vehicle. It is quite small compared with the insectoid but has place for two guys. Solomon has a great cockpit with a couple of handles and a windshield with holographic information and just behind it the robot stands in order to take off if necessary.

Yes, taking off, because space car easily splits in two and the back part transforms into a small space ship to fight the alien through the air. The big chain guns that we can see are part of the ship but in the ground, the little car has at Solomon disposal a couple of shotguns just next to the cockpit. 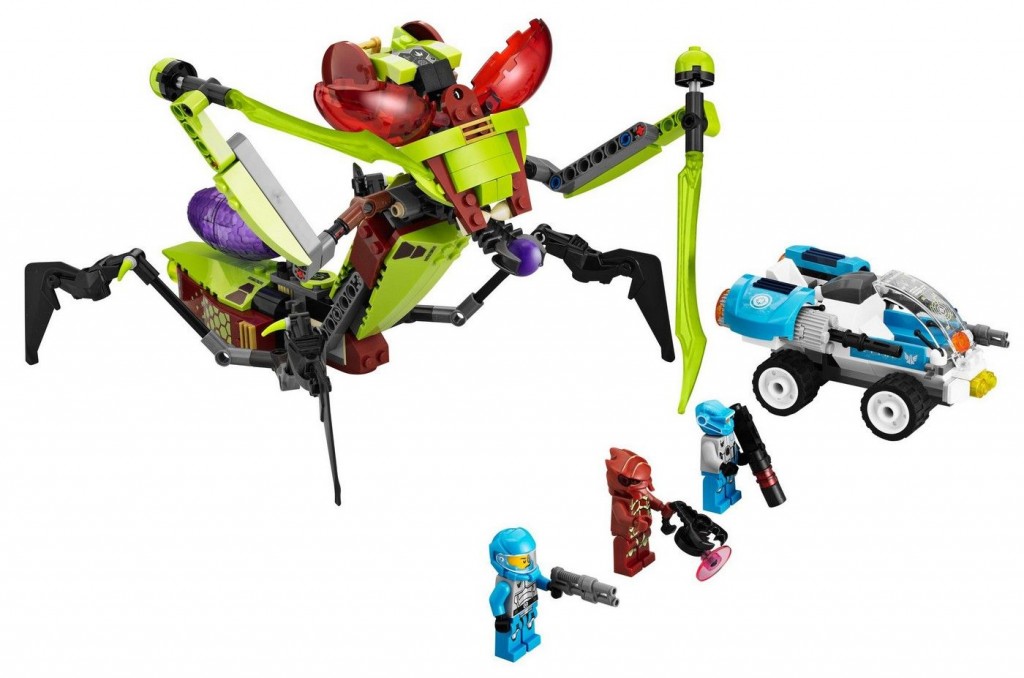 Overall, despite my truly doubts about the theme, the set worth the forty dollars that it costs because it not only has a considerable number of pieces but has some amazing elements and features. The instruction if necessary can be found right here.