The Swarm Interceptor is a nice Galaxy Squad set with two hundred and eighteen pieces and includes two nice mini-figures (an Alien Mosquito and Solomon Blaze), a small speeder and of course, the big Swarm Interceptor.

The bigger attraction is of course the Swarm Interceptor. It is the biggest and it brings plenty of awesome features. Building it is quite fun and soon you will realize that the main ship can split into two different parts. The front cockpit can easily detach from the main body and transform itself into a smaller vehicle to fight the mosquito. It has its own weapons at the front, and also a couple of small wings. 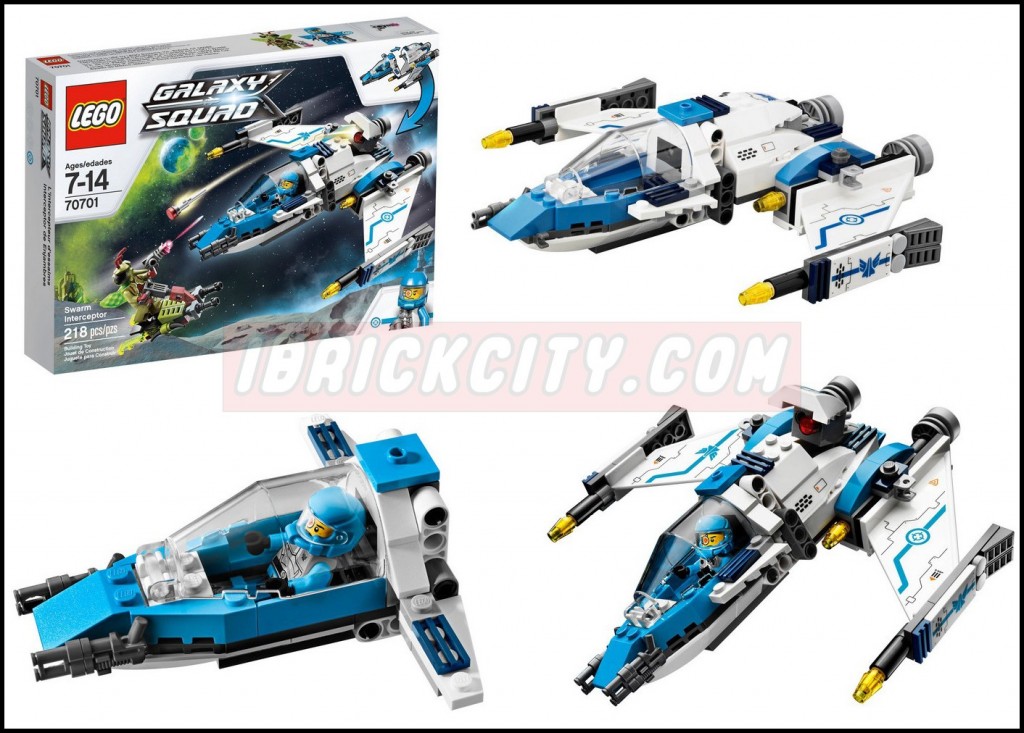 On the other hand, when the Interceptor is complete, its wings can assume several different position since a sort of parking mode, with the wings flipped down, to a flight mode, with them up, which is usually the most normal position. There stickers everywhere, there is not even a single printed piece, and not being a fan, I must say that the big wings stickers are really very nice. 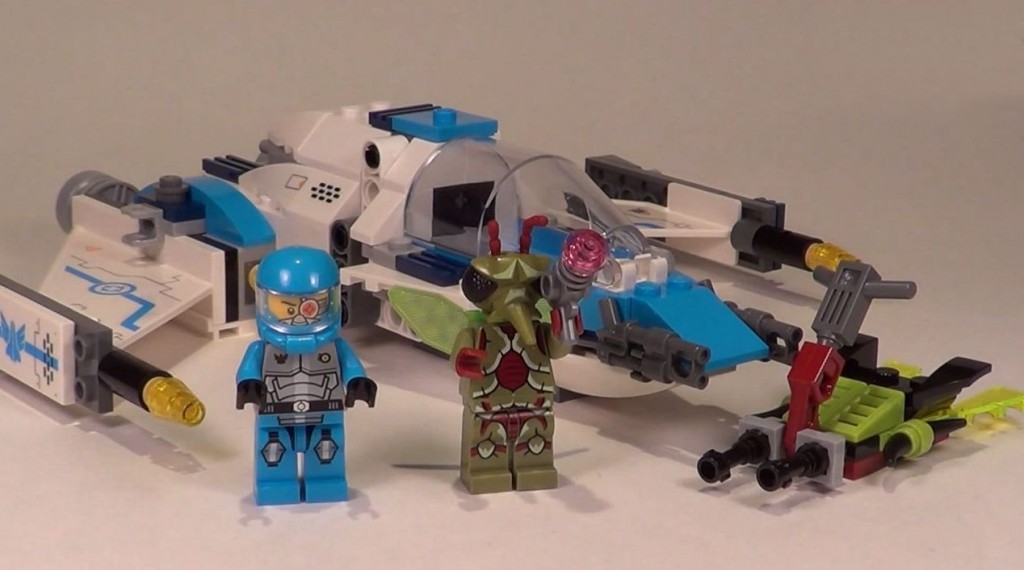 Inside the cockpit, Solomon Blaze has not only some handlers to pilot but also to fire weapons. And some of them are hidden behind the cockpit. Yes, just behind it there is a small hidden platform that contains a couple of missiles that can be easily launched just by pressing them through the back. 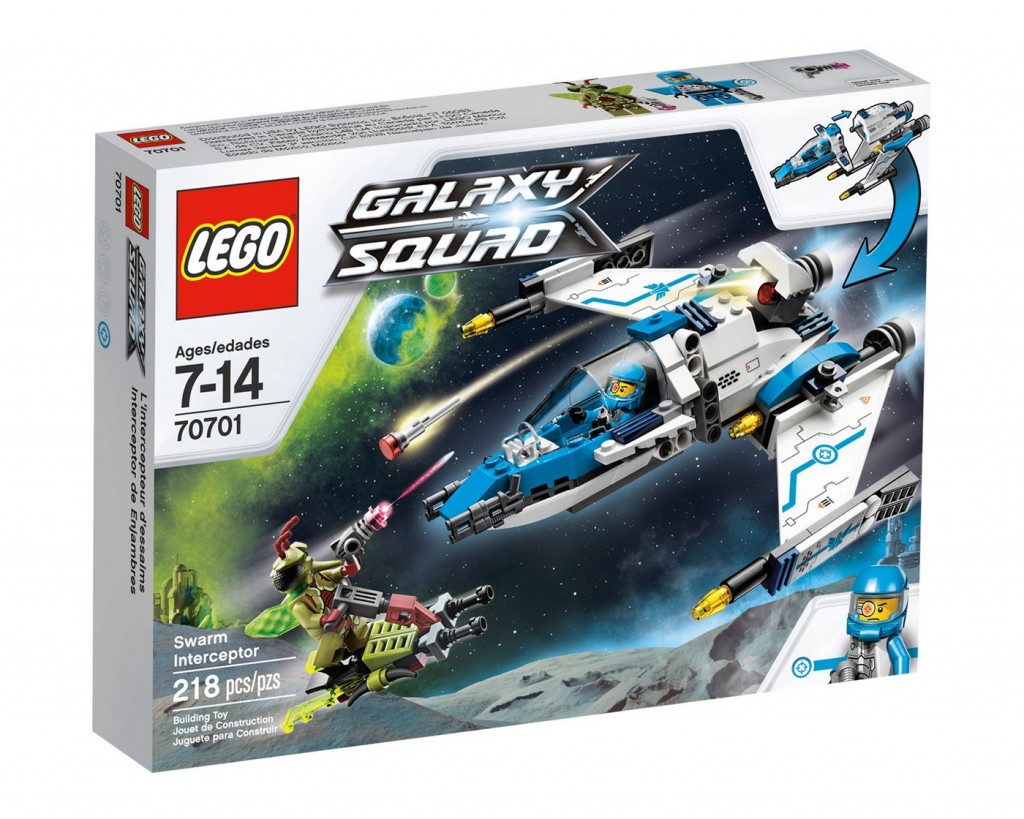 Finally, there is a small speeder for the mosquito, made with small pieces that use the same usual mosquito color types, such as the light green and the dark red. It is surely small but has space for a pilot position, some good handlers and even a couple of weapons at the front. 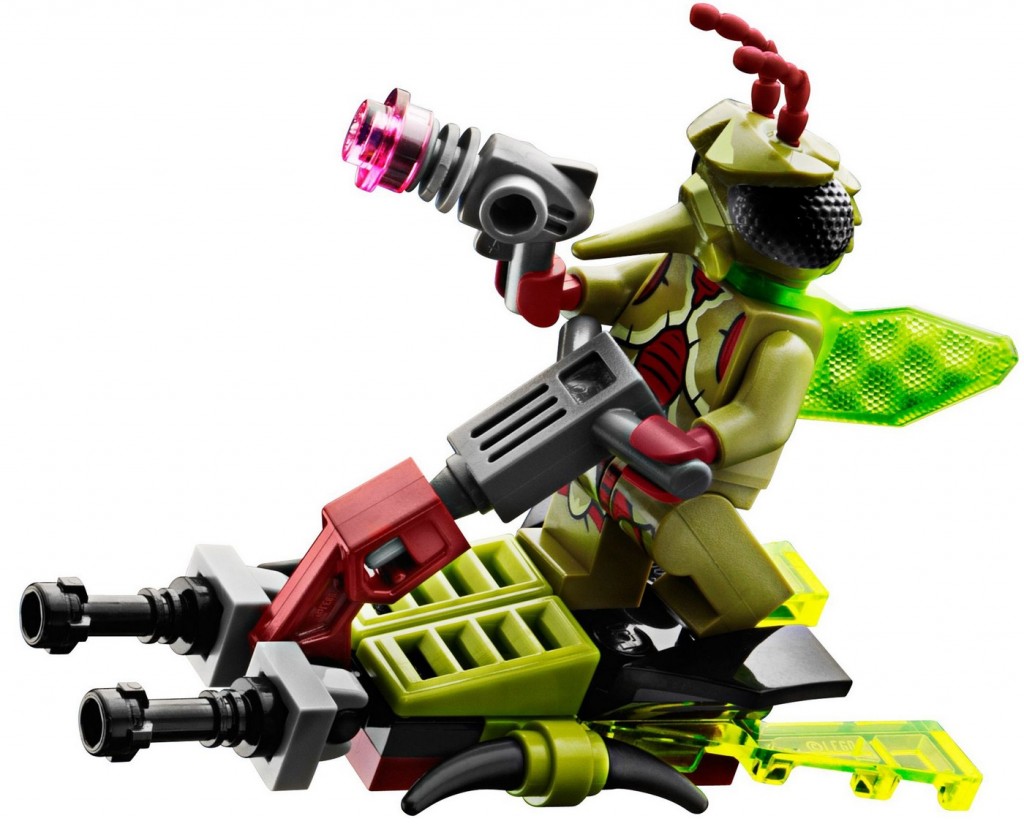 Globally, for twenty dollars, this is a very interesting set from a new theme, with a great ship vehicle and two new mini-figures to add to your collection.