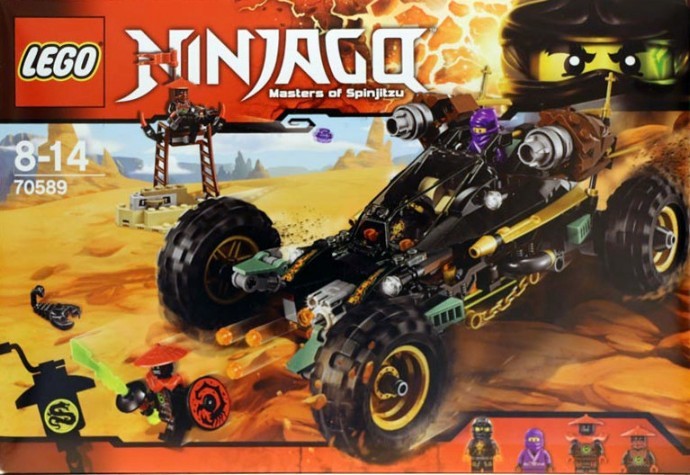 The cockpit, right inthe middle, seems to be quite long and inside, Cole will have space for his seat and also for a control panel at the front. Nearby, there are four powerful lights, a few small stickers and plenty of golden blades that definitely reinforce the cool look of this Roader. Just behind Cole, there is also space for an extra seat that also includes a small panel.

Unfortunately, it is not possible yet, due to the few available images, to see a close look of the back, but it’s clear that the car shows two power exhausters and somewhere, there is certainly the trigger for the front cannon. In addition to the roader, the set features also a small island with a tower for the warriors. 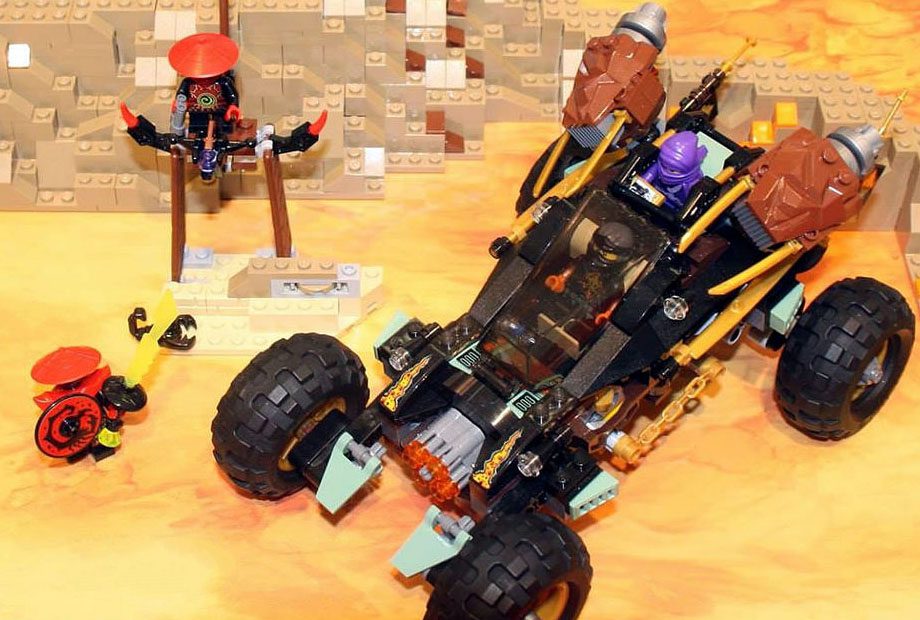 Globally, this looks a fantastic Ninjago vehicle with plenty of nice details and features to play with. In terms of mini-figures, there isn’t much to say beyond the obvious, they are quite accurate, as always! The official piece count is not known yet but I would bet something around the three hundred pieces (perhaps a bit more) that will probably give it a price around the forty dollars.