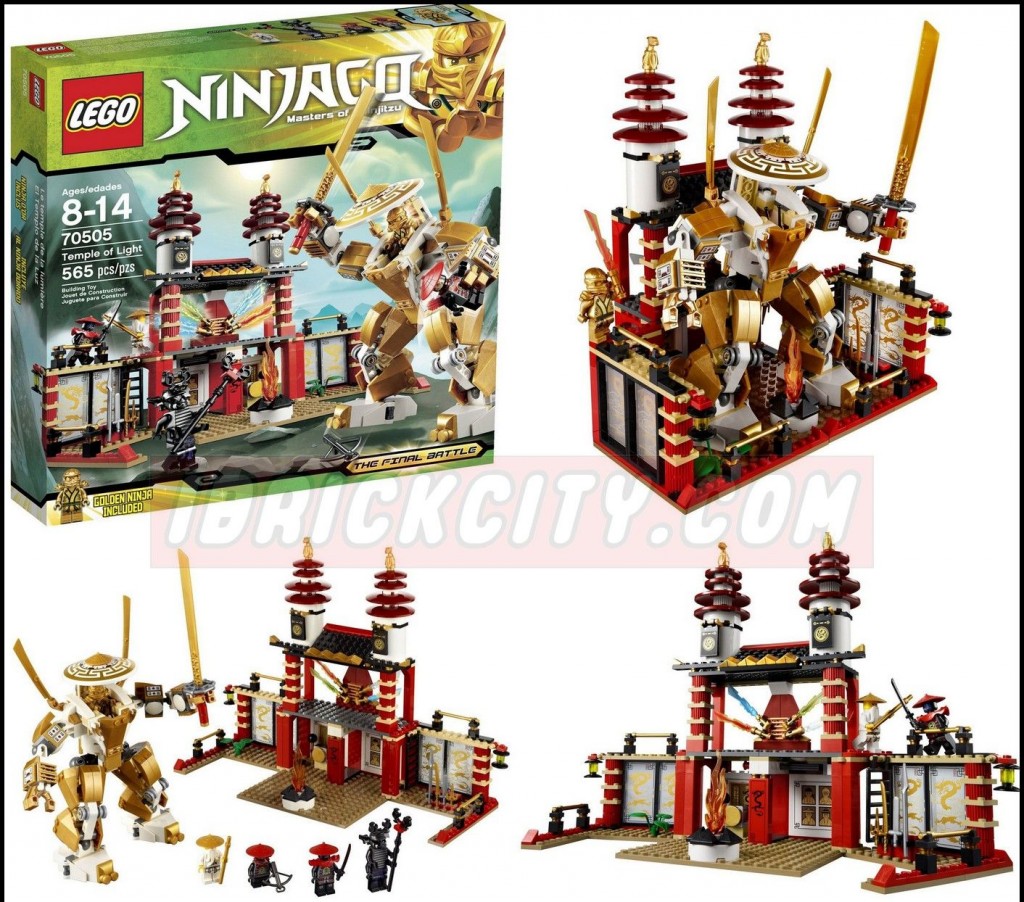 Talking about the mini-figures, they’re simply awesome. The golden ninja is all printed with the same gold color, it has an outstanding helmet and all its torso printings extend to its legs, it is very beautiful indeed. Overlord, on the other hand, is terrifying and at the same time greatly detailed. All the mini-figures are really an excellent addition to any collection. 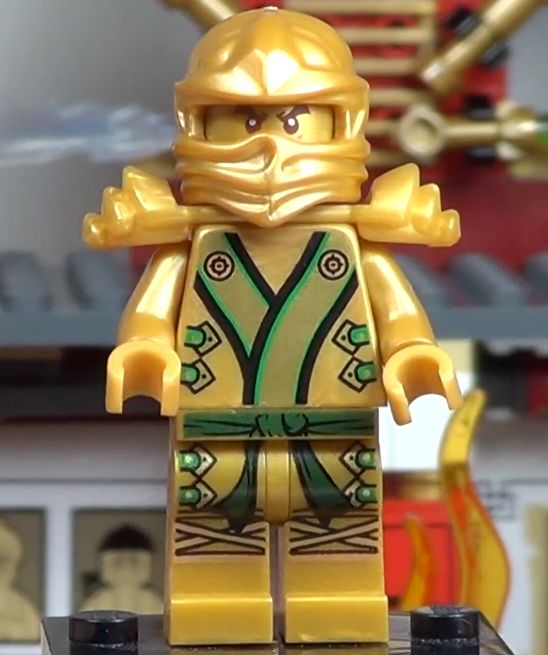 Looking at the big temple, we can easily distinguish three different areas, a central building and two aside areas that can easily open and close, becoming a unique section whenever you want, increasing that way all the set’s playability. The right section is basically a place with two nice windows which fortunately are really printed pieces, some flowers and a black ladder that will lead ninjas to the first floor.

The right side is symmetric only with a couple of differences, It has four great weapons with some clips to hold them, and the same black ladders that exist on the opposite side. On the central square there is a fire pit, right in the middle, a big gong and two nice stickers in the two wall just behind it. 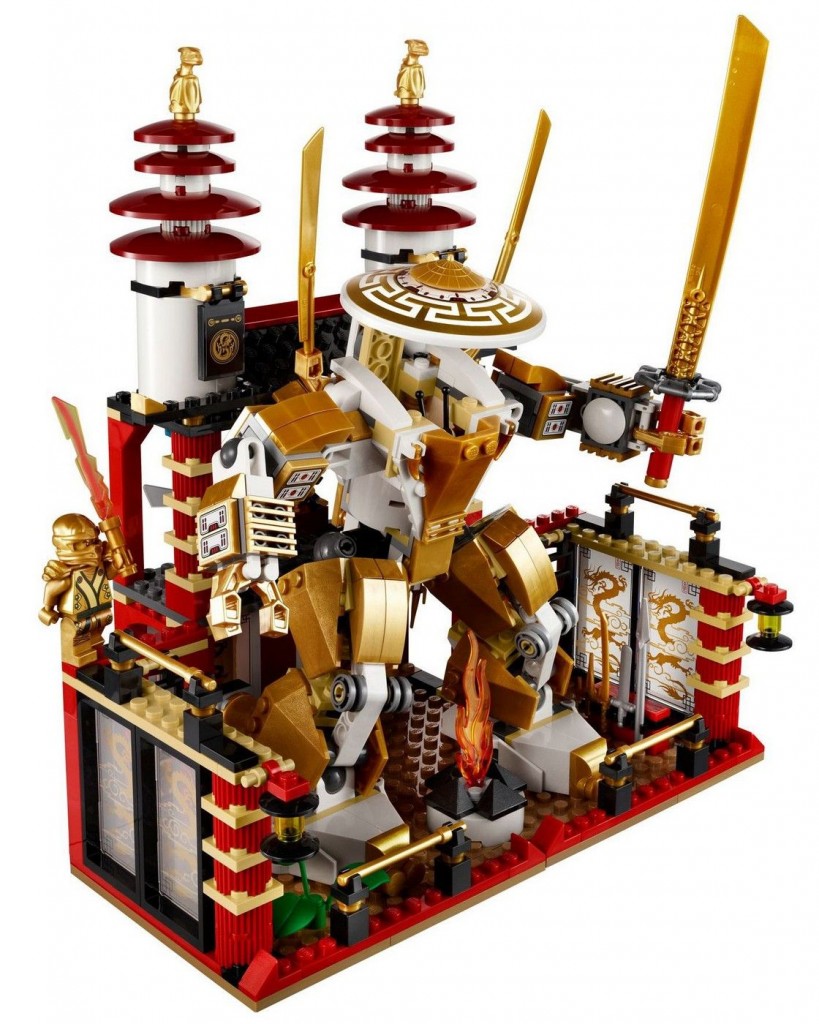 On the second floor of this great temple of light, the four swords remain together waiting for the big mech and it’s good that they remain like that because the legend says that the only way that the mech appears is remaining like so. Next to them there is a nice trapped door triggered with a small lever at the back, and it will surely difficult Stone’s Warriors life, when fighting against the Ninjas.

Just over them, two towers, with some golden mini-dragons on top give the buildings the final touch for being one of the most amazing monuments that I ‘ve seen in the last times. 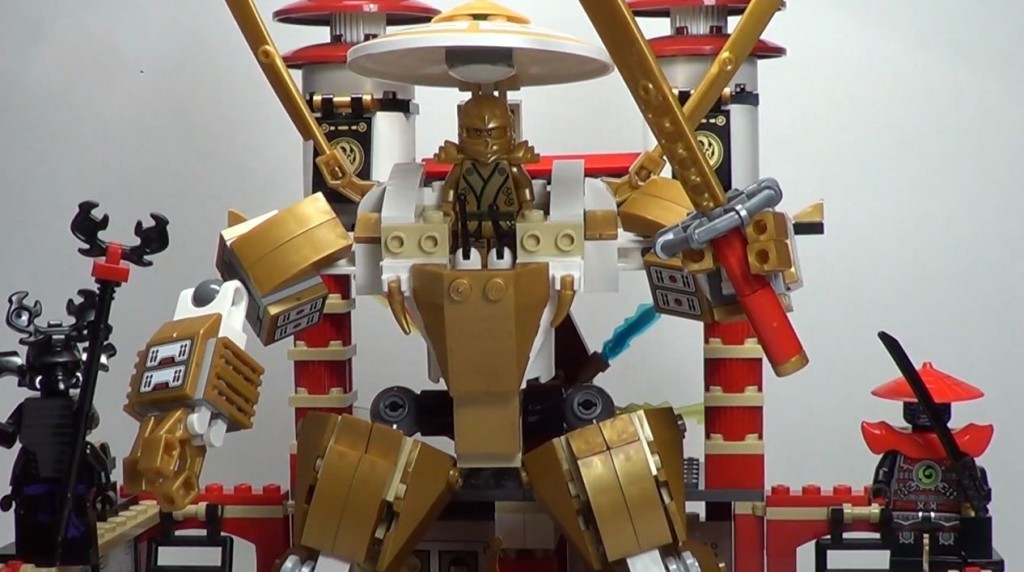 The Golden Mech, on the other hand makes me remind a bunch of bionicle figures, with a major difference, it is considerably bigger and has room at the top for the golden ninja controls. It is almost as tall as the temple, so you can imagine how big it is. Its arms and legs are pretty long (unfortunately with some stickers on it) and its hands has enough flexibility to hold with strength the big golden sword. 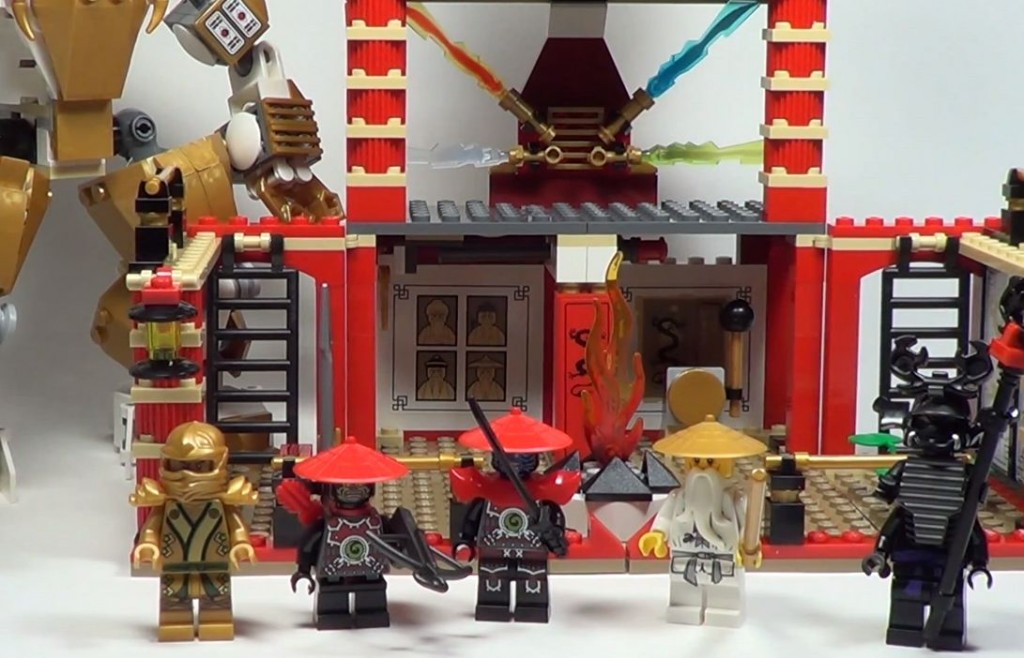 Globally this is a must, even for those like me who aren’t big fans of this Ninjago’s theme. Price price is a bit high, about seventy dollars, but I have no doubt that it surely worth the effort. Please have a look at the next gallery: