The Garmatron is a new Ninjago set that will be released in the beginning of 2013, despite it has been seen on some online stores. It has exactly three hundred and twenty eight pieces, three great mini-figures (Zane, General Kozu and Stone Swordsman), the Big Garmatron and a small golden tarantula for Zane.

The Mini-figures are rather well accurate with huge details. Zane has a great mask and a big sword, Stone Swordsman has one of greatest torsos that I’ve ever seen in the last times, a good shoulder protection and a round oriental heat. Finally we have the General Kozu with its red Samurai helmet and a bunch of nice swords. It torso printings extend through its Legs which is simply outstanding. 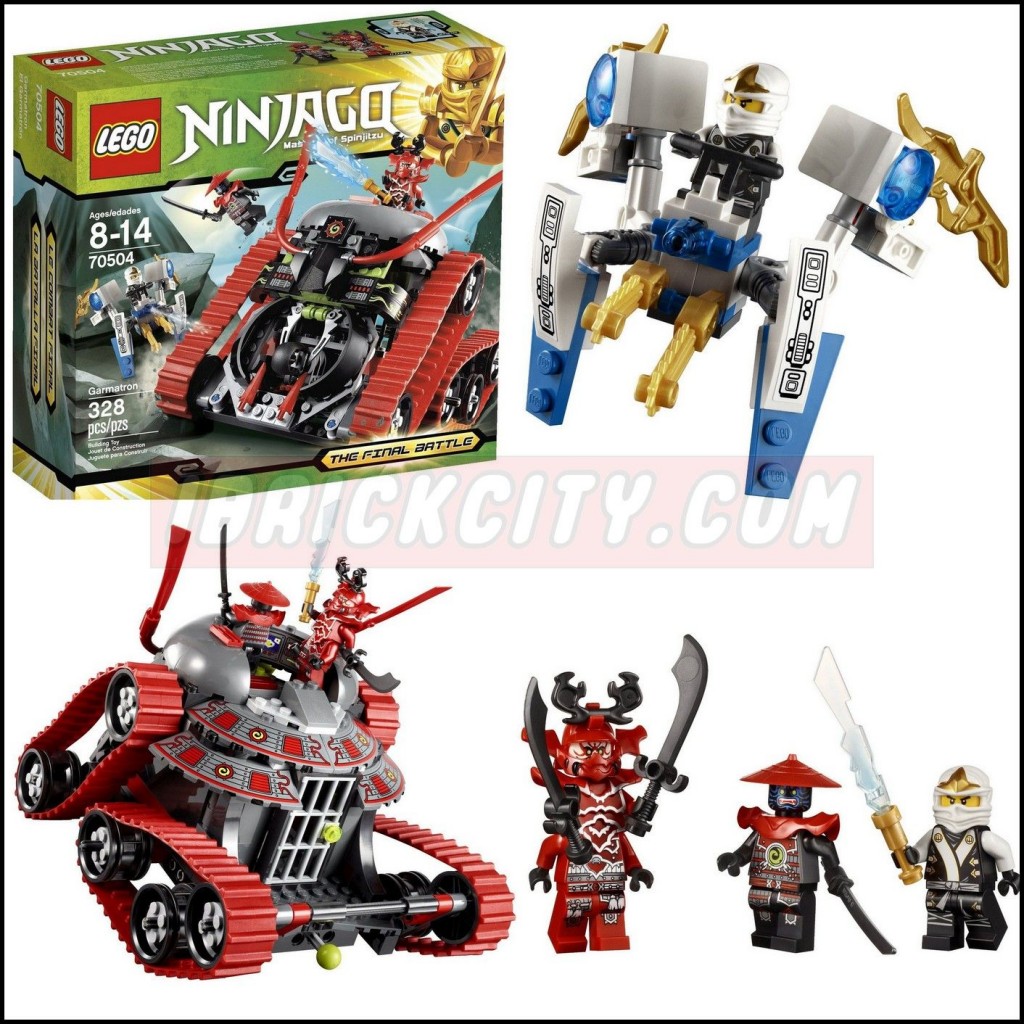 The big attraction is obviously the Garmatron, with its four big rubber crawlers. Through the pictures we can see that in terms of buildings, it uses not only some technique pieces but also interesting and integrated building techniques. I especially like all those axles’ movements every time that the Garmatron moves around. 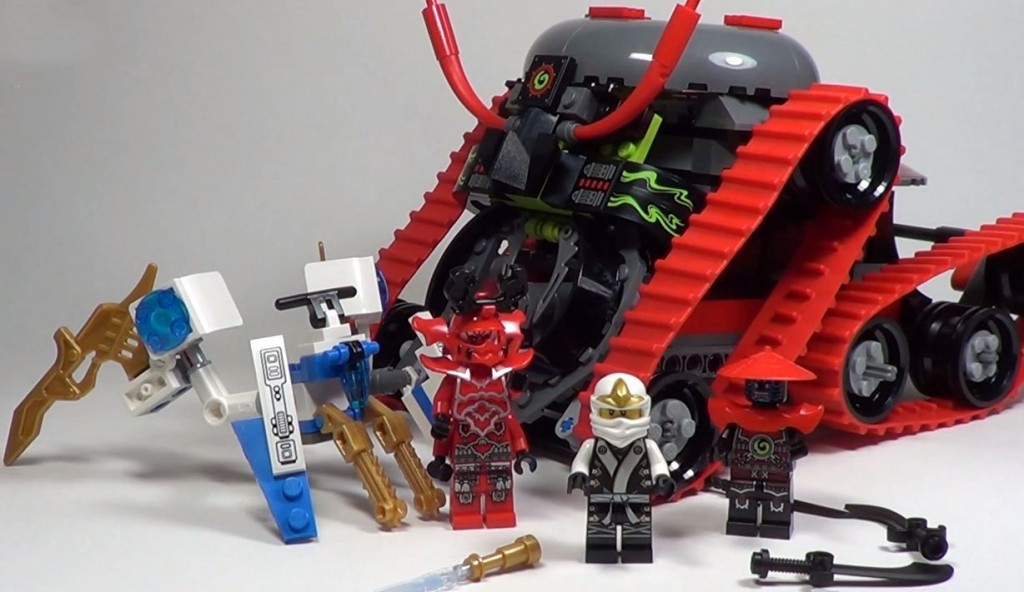 There are stickers everywhere, which against my expectation, not only increases the Garmatron’s Beauty but also provides all the machine’s control which are placed on the top. Below the controls there is a considerable room with an entrance at the back, and it surely has space for at least a couple of additional warriors. 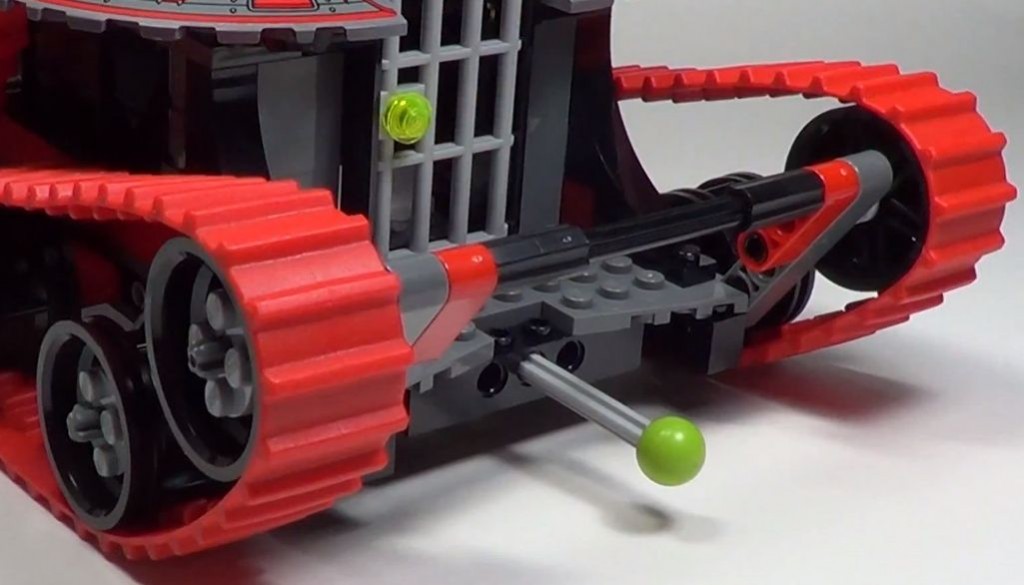 And for the final, let me present you the best. Garmatrom has a nice launcher that is triggered with a piece at the back, just next to the door. Seen by the front angle, it looks like a cannon and the projectile surely goes far and hitting Zane when he’s flying over Garmatron is probably one of the ideas in terms of the sets playability. 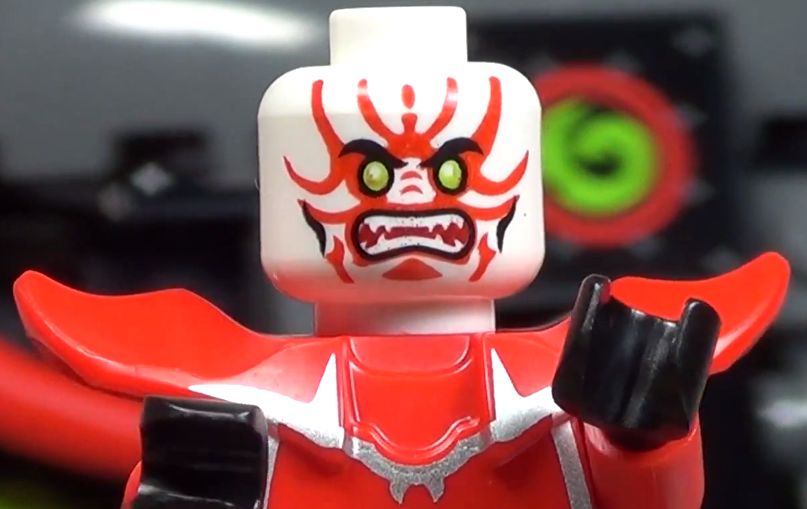 Globally, this set surely worth the forty dollars. It has a sturdy look, some great features namely the launcher, and three nice minifigures. Have a look at the gallery below: