The Golden Dragon is another 2013 Ninjago set and I must say that it causes opposites sensation on me. For one hand, it doesn’t fit pretty properly on my parameters in terms of playability but on the other hand, this golden set is surely a must in terms of beauty and color scheme and I’m sure that the Ninjago fans are delighted with it.

The set has more than two hundred and fifty pieces and includes the big dragon, a small warrior’s catapult and three mini-figures: the Golden Ninja (Lloyd Garmadon) that is almost exclusive of this set (I guess it only appears in this and in the 70705 – temple of light), a Scout and a Warrior. 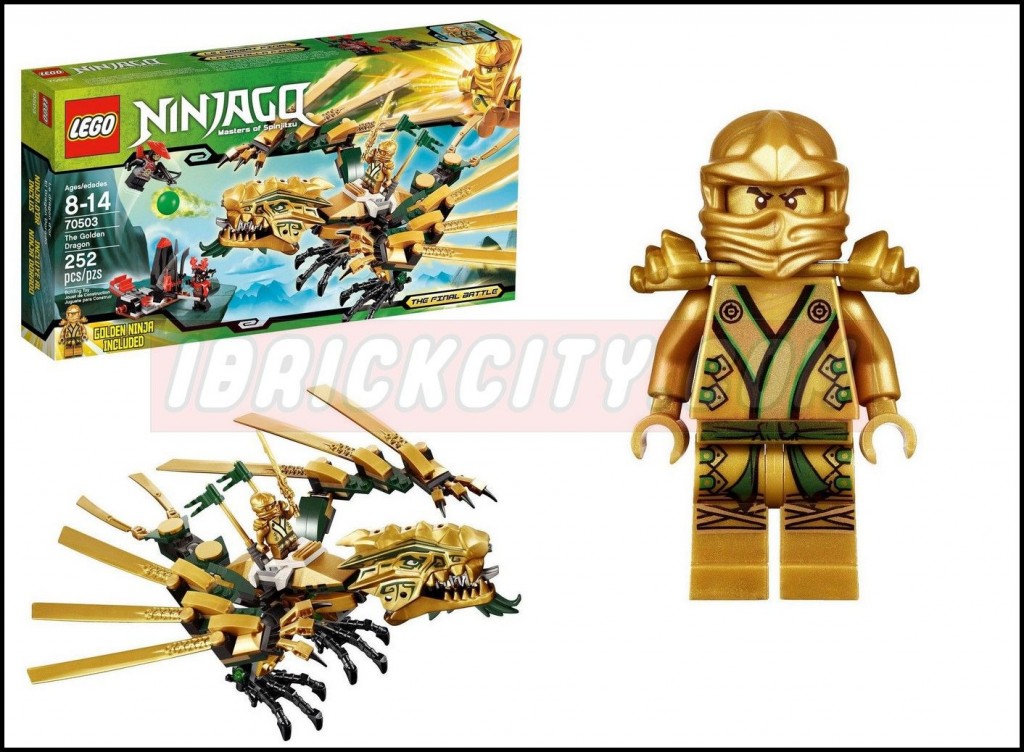 The Golden Dragon looks bigger than it really is thanks to its enormous wings and claws (six in total) that thanks to its movable or extendable pieces that can assume multiple positions. In the back, there is also a big tail with two golden swords on the edge. The main body where everything attaches is the center cockpit. It is rather simple, made with a few white pieces and a couple of golden side bars. 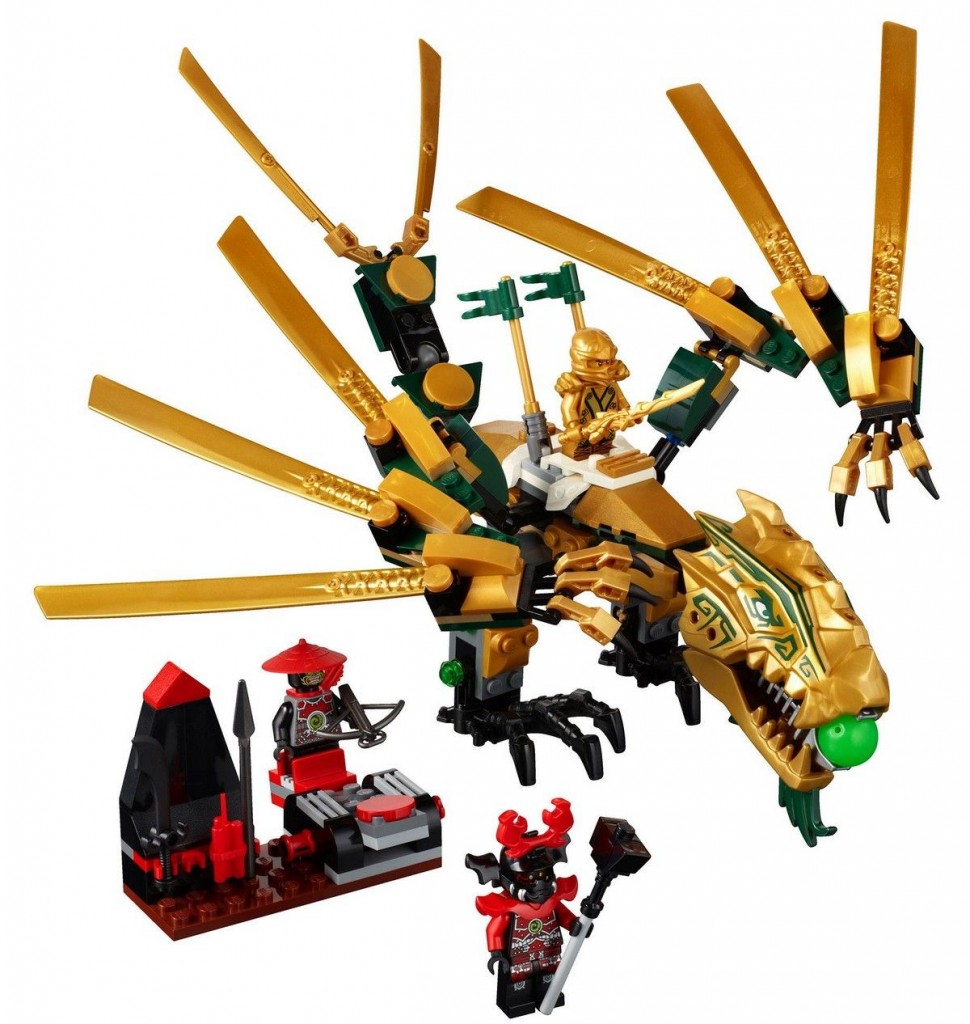 The Dragon’s head, at the front, has definitely the greatest feature, inside its jaw there is a big green ball that can be spitted by squeezing the dragon’s head. The intention is obviously to hit the warrior’s catapult and win the fight. Besides that, it is rather well printed and all the details, namely its eyes, are made with a nice dark green which is excellent in terms of color contrast.

In the ground, the Scout and the Warrior have a small catapult to hit the dragon and some nice weapons such as a sword, a crossbow and even some dynamite which are usual in these characters. 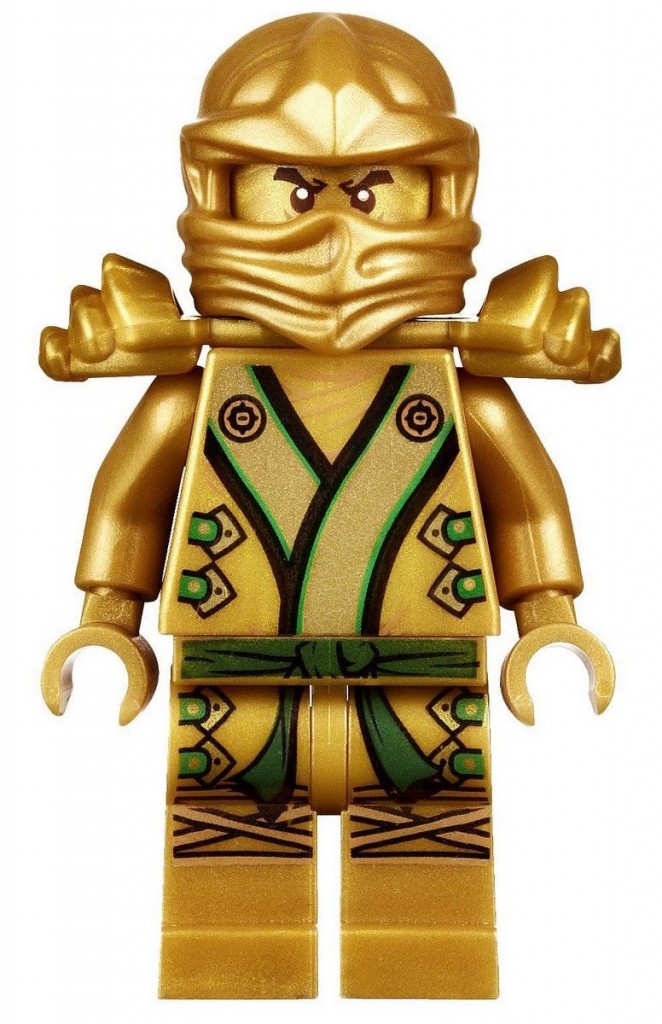 Globally, all the bunch of golden bricks makes this set a must for Ninjago’s fans. The spitting ball is definitely a great features (in most of the launches the ball it powerfully the target) and price, around thirty dollars, looks fair.