The Cole’s Earth Driller is a new 2013 Ninjago set and it is surely one of my favorites of this wave. With plenty of golden bricks, this set has a total of hundred and seventy one pieces including the two mini-figures that are Cole and the usual Swordsman, both of them with two big swords.

The first thing that came to my mind was the older power miner’s sets such as the 8960 Thunder Drill or even the bigger 8964 Titanium Command rig, for obvious reasons. The drill and the big wheels (the back ones) are precisely the same, only with the difference that the Cole’s Driller uses golden pieces which in terms of color is absolutely amazing. 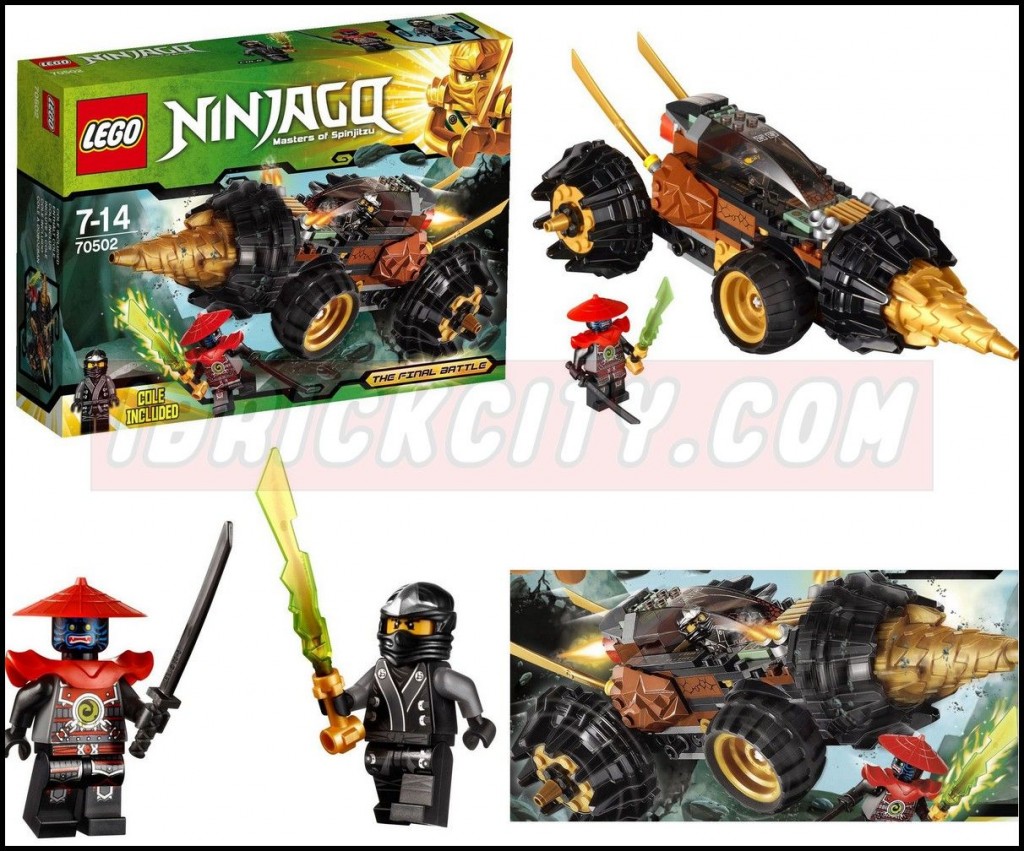 The main feature of the set is obviously the big golden drill, at the front, because it rotates with the movement of the vehicle, thanks to a technic mechanism, placed just behind it and attached to the front wheels. The drill and the big black piece just next to it rotate on opposite directions which give a pretty nice effect. 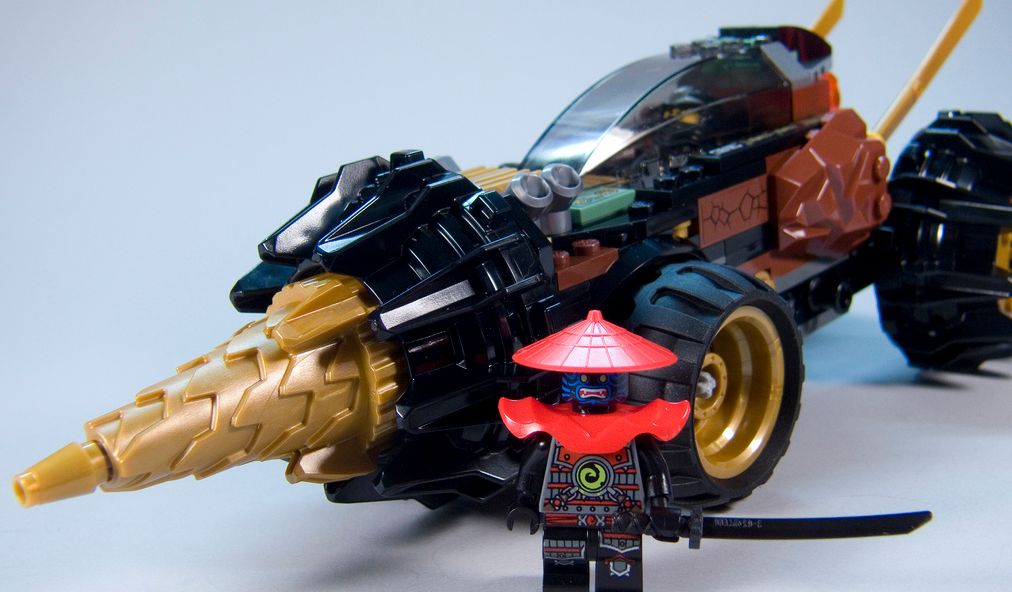 The cockpit, placed just behind the engine, has a great long and movable windshield in order to Cole access the inside and increase all the sets playability. Here, there is room for some handlers and a control panel at the front, which unfortunately is only a sticker. Talking about these, there are lots of them everywhere, but in my opinion the final result is very good. 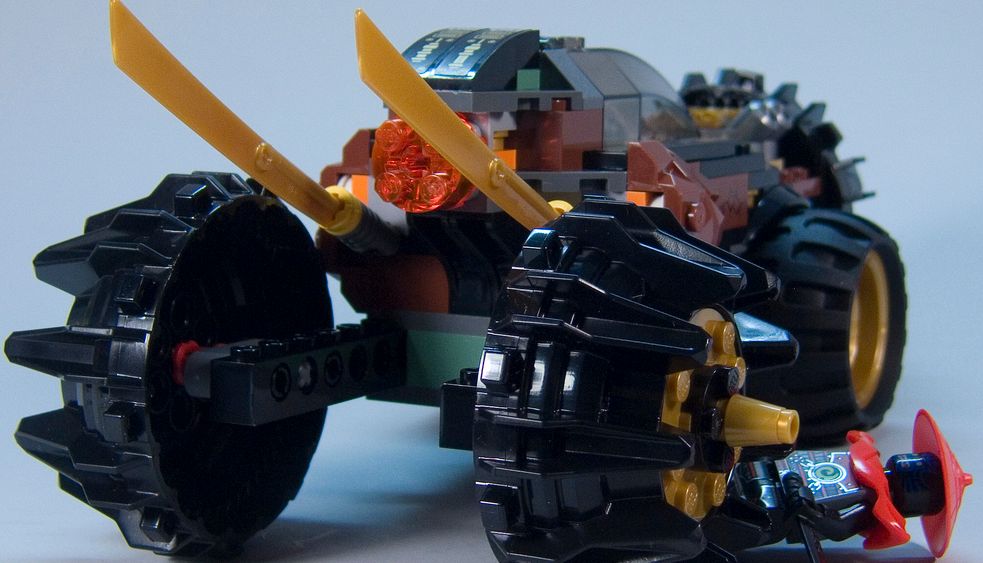 In terms of building this is surely a very interesting model. It’s a bit different from everything and it has a few unusual pieces, such as the enormous quantity of golden ones, the driller itself is also very nice and those two brown bricks, just next to the cockpit, on both sides, surely caught my attention.

For about twenty dollars, this Ninjago set surely like a great deal. It is made with lots of golden pieces which make it extremely beauty, the driller mechanism is also very nice because it works the vehicle’s movement, and finally the two mini-figures are a great addition to the collection.

Please have a look at additional pictures: