The Warrior Bike is another great Ninjago set that will soon be on stores.  With two hundred and ten pieces, in terms of building it uses plenty of technic pieces, over all its base shapes and a nice rubber crawler. Besides the three wheeler bike, the set has also two nice mini-figures that are Jay and the Stone Soldier.

The Bike is simply amazing. It is bigger than the set box may suggest and the big red crawler surely contributes for that. As you can see in the pictures, that front axis is made with long black pieces with the big rubber all along them and just at the front, next to the smaller wheel,  there are a couple of retractable claws ready to attack any kind of thread. 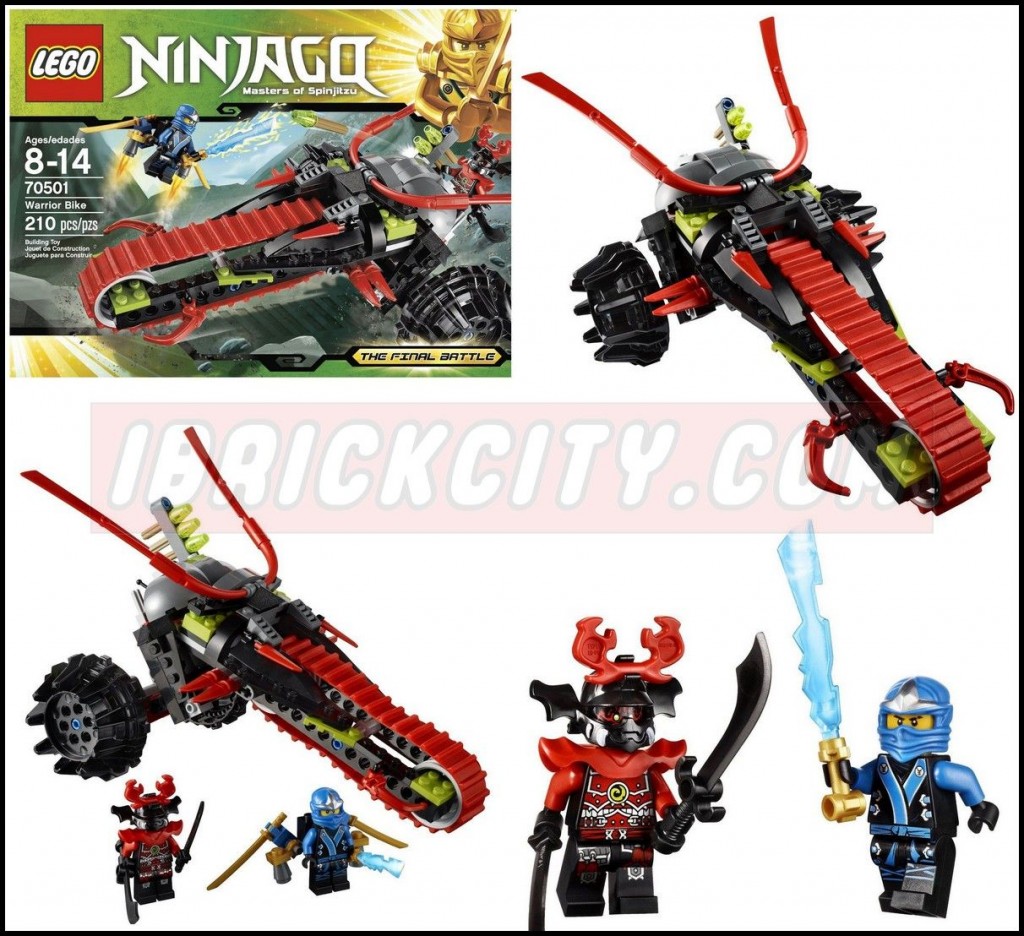 At the back, the big black wheels look like drillers and surely give the vehicle a very sturdy look. Just above them, and besides all the bike controls that include a couple of handles for the stone soldier, there is surely the best feature of this set that consists on a semi automatic missile launcher, which honestly I don’t remember to see on any other vehicle. 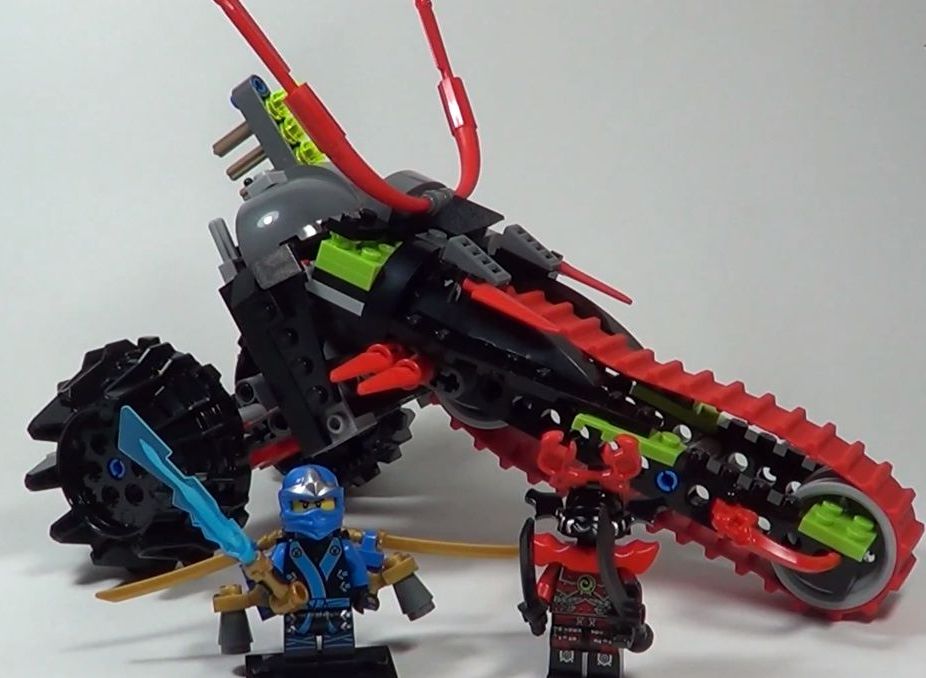 With a great mechanism triggered by a lever the three available missiles are charged on a loader and fired separately at their own turn which is really very nice to play with. The idea of this set is obviously with all the missiles, try to hit Jay when he’s flying which I think it is great in terms of the set’s playability. 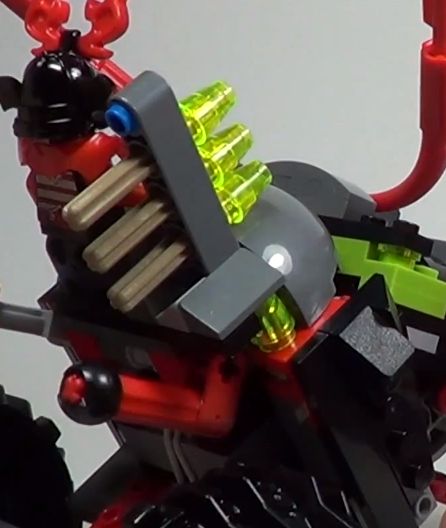 Talking about the two guys, the Stone Soldier is similar all of the other present in the 2013 sets, it has an incredible mask, two swords and a great printed body. On the other hand, Jay with a black and blue body has with him a great golden sword and a sort of “oriental jet pack” which enables him to fly and attack the Warrior Bike. 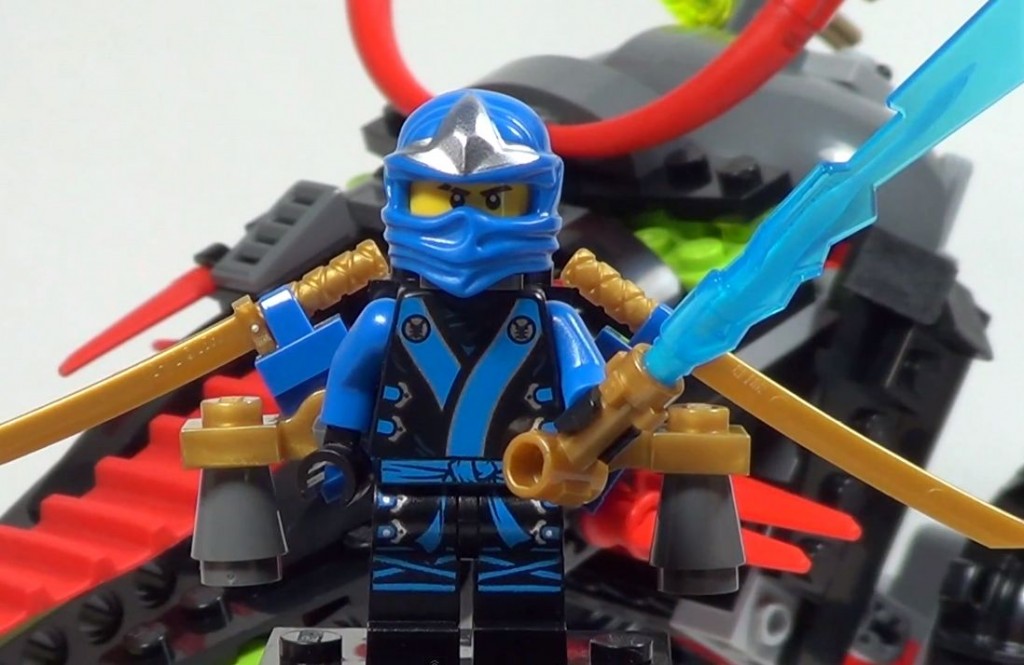 Globally, for twenty dollars this is surely a great set, with a very nice vehicle and that missile launcher definitely makes all the difference. Please have at some additional pictures: