The Kai’s Fire Mech is the entry’s set of the 2013 Ninjago Sets. It has only hundred and two pieces, which most of all are for the Fire Mech and two nice mini-figures, Kay and a Stone Scout. Definitely is not of my favorites but surely looks a good addition as a complement for bigger sets.

The two mini-figures are simply great. The black Scout Soldier ,present on many other Ninjago sets is more of the same but surely has pretty nice details such has its printed body and of course its weapon, a crossbow. Kay on the other hand has a great helmet and perhaps one of the best printed torsos of Ninjago’s mini-figures. Have a look at the details in the below pictures. 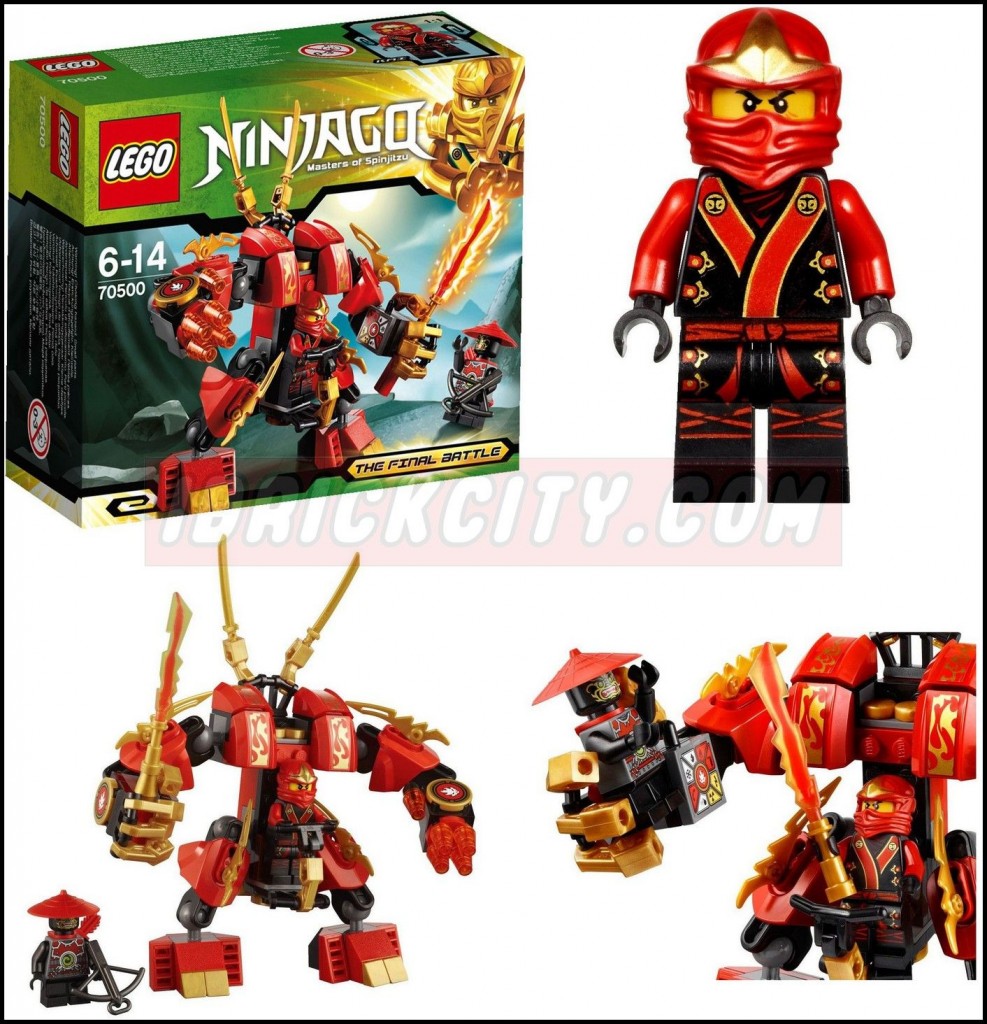 The main attraction, the Fire Mech, immediately made me remind all the bionicle or hero factory robots, perhaps thanks to all the round articulations. Both arms and legs are very flexible and easily can assume almost all the possible positions which is rather positive in terms of playability. 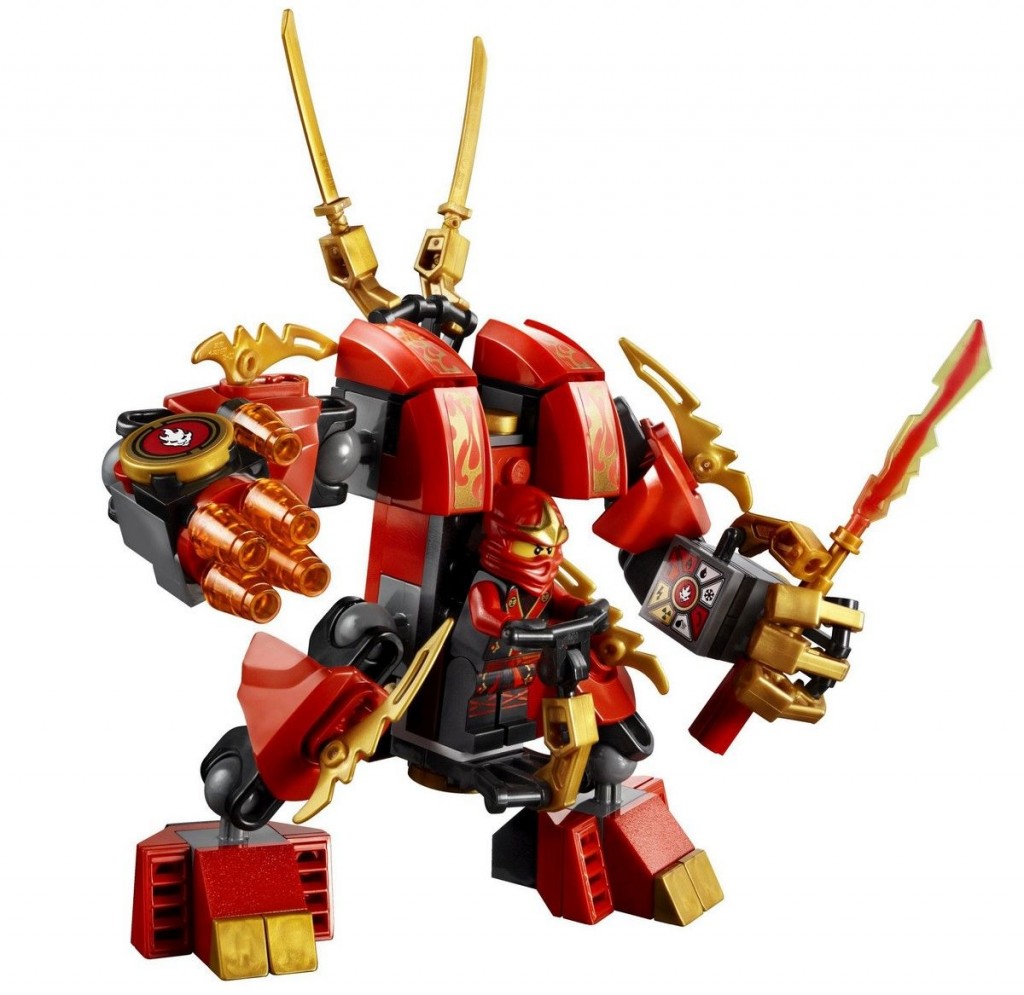 Just in the middle, we can see a small platform and some handles for Kay control the Mech. There are golden pieces everywhere including the right hand fingers which have enormous flexibility that allows not only to hold and enormous fire sword but also squeezing the Stone Scout and crushing him in a second. The left arm has a big weapon made with foue nice orange transparent pieces. 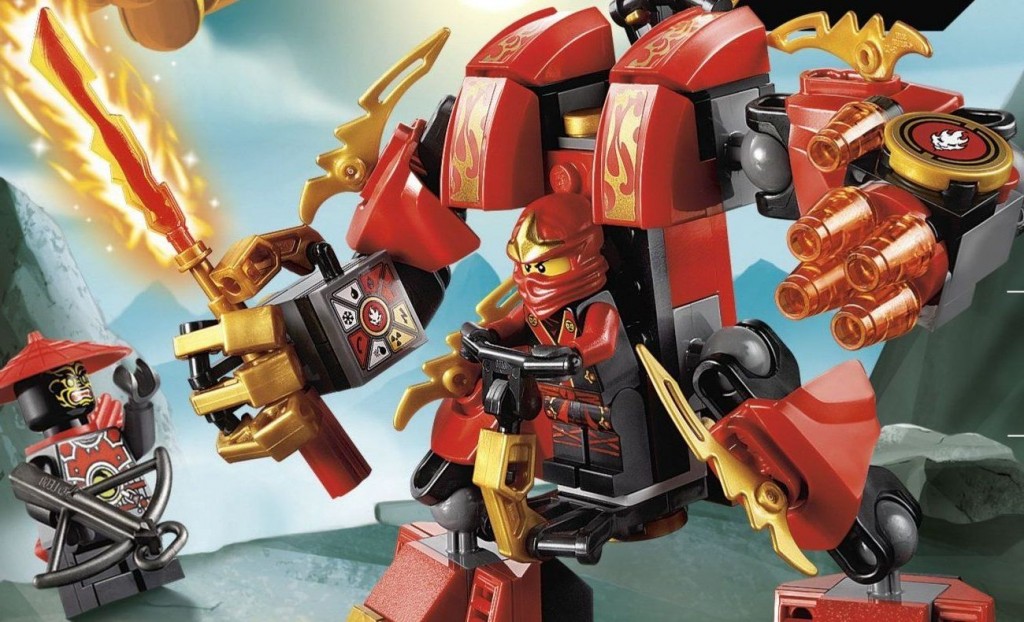 Globally if we specially attend to its cost, around ten dollars, I think that it might be considered a honest entry set. For the fans it might seen as a complement or an addition to the collection and for those who are not so familiar with the theme it is surely a good starting point without having to spend much money. 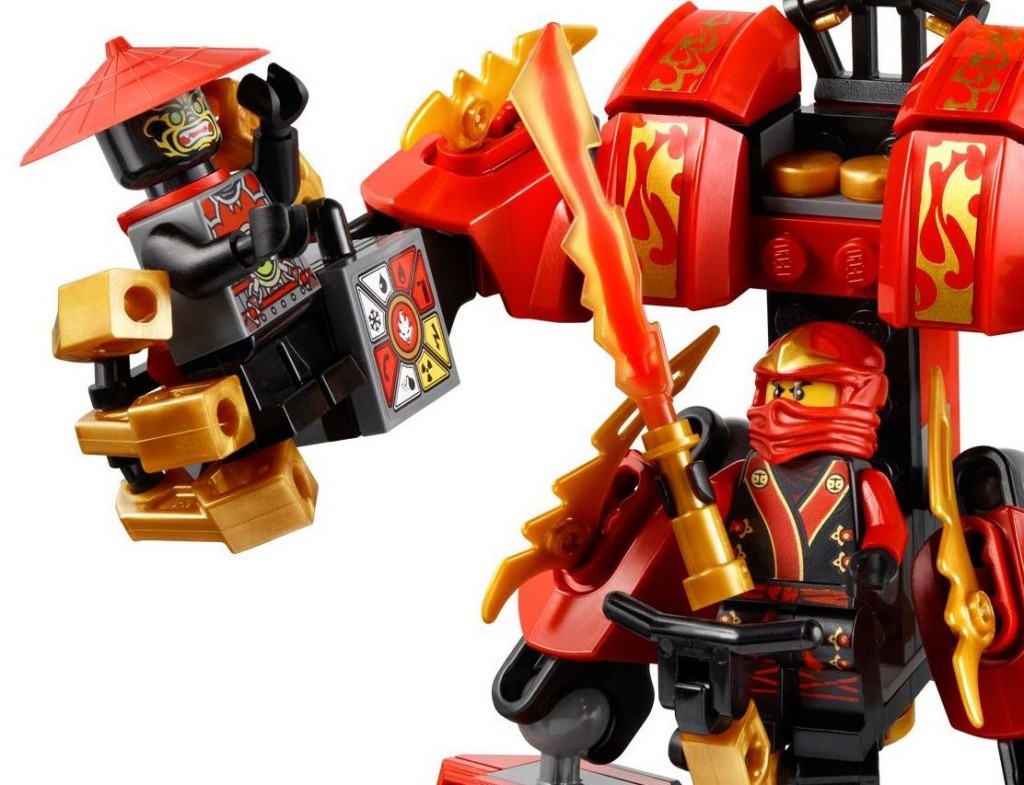 Please have a look at additional pictures on the below gallery: