The island has a big compartment, carved into the rock,s with a big white skull as a door, where the pirates can easily put the treasure, hiding it from the soldiers. On top, the cannon based in a single stud seems to rotate to get the best angle and next to it, a palm tree with the help of a chain has an important role, being the handle to move up and down the skull. 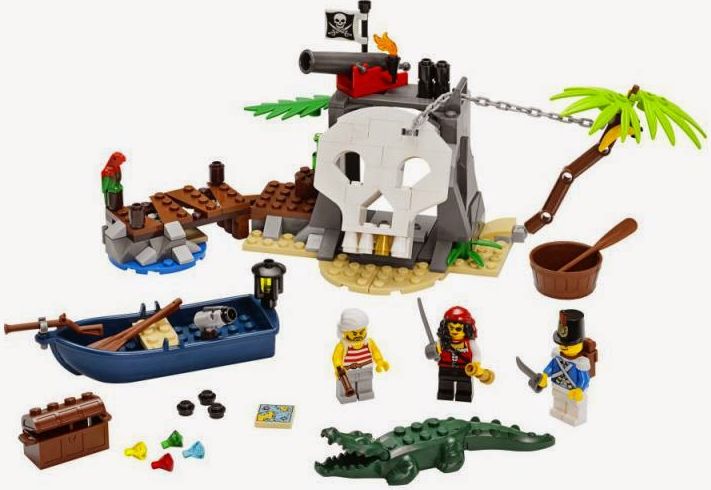 Attached to the island, the pirates have also a small harbor with a few tricky boards that will surely give a help to the soldier if he can reach land. The boat is the usual pirate’s boat having this time two extra elements that are the small cannon and the lamp, at the stern which I think that won’t be enough to defeat the bandits. 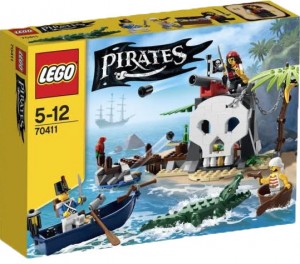