In the outpost, it’s possible to see a couple of nice details such as the lamp in one of the corners the dark red bricks, and even two small bushes. On top, to fight back the pirate, the soldiers have a rotating cannon with a few ammunitions that will certainly protect the small fortress. 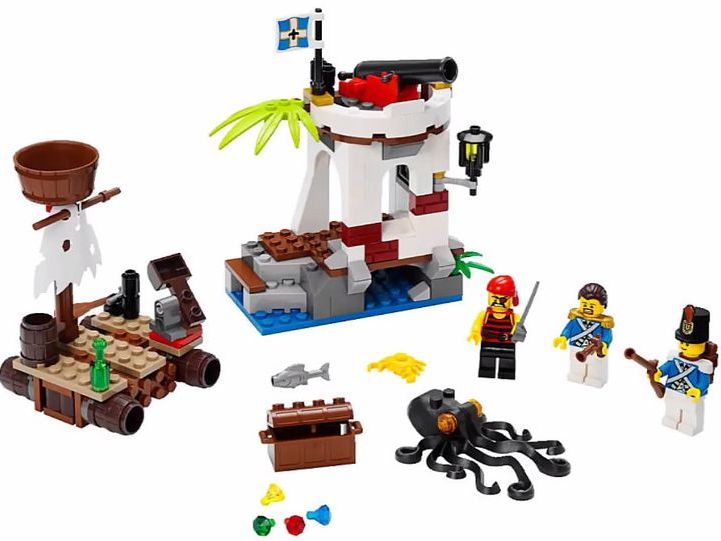 Having a look at the pirate’s raft, it seems perfectly built with total sturdiness, up on four barrels, a few tree trunks and three boards. With a small catapult with some ammunition to attack the outpost and steal the treasure, the raft has also a tall mast with a basket on top and a torn sail. I especially enjoy the way how the mast structure is stuck to the boards, having an extra clip in the opposite side. The three mini-figures bring different weapons and really nice detailed torsos. The pirate with its scary face and a red scarf in the head is definitely my favorite. 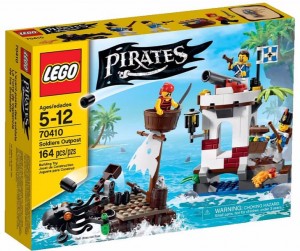 Overall, it seems a pretty interesting set. The tower and the raft bring really nice details and I can’t imagine what will happen when they’re together with other pirates’ sets. For twenty dollars it’s absolutely a good option. Enjoy the pictures!