As you might imagine, the set hasn’t great emotion in terms of building experience but is looks a good addition to the theme, especially if we consider that it can easily be attached to the Treasure Island. The clip just on the edge, on the left side, might be the responsible feature for that. The Pirate’s refuge includes also a flag stuck to a paddle, up on the chest, and a few precious jewels that were left over from the wreckage. 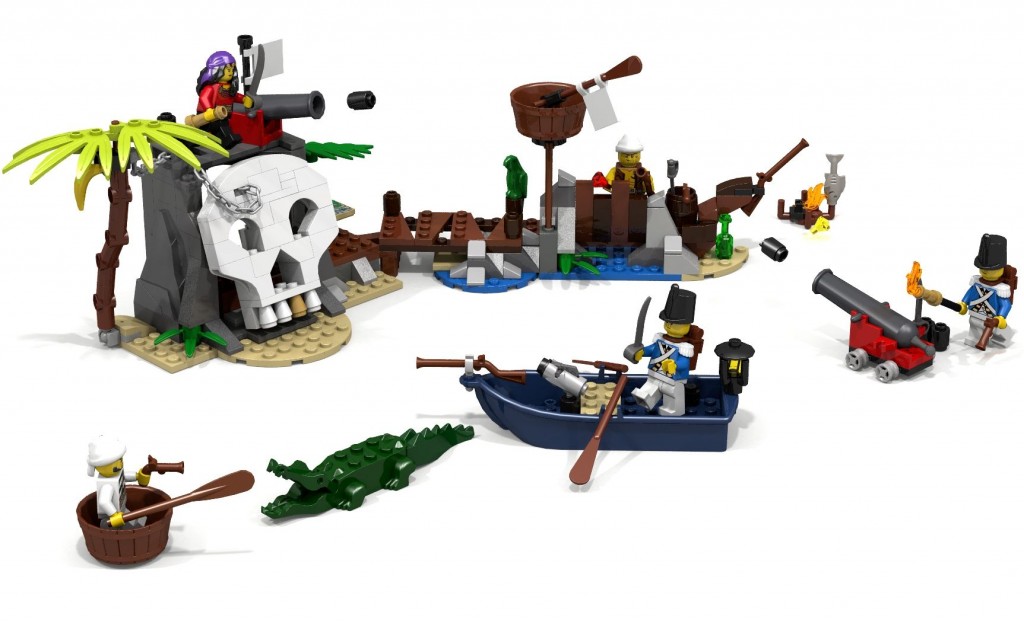 Overall, and just like most of the entry sets, this seems a good opportunity to achieve a few pirate’s elements for a decent price. The accessories aren’t particularly new, especially the cannon, but the small fire near the Defense definitely caught my attention. The set should retail around the ten dollars and will be available in a few months.