Let’s safe the princess and recover the treasure! But be careful because this time, the red army has a fearful allied: the big dragon! Yes, the red and fearful beast as well as the warrior and the sorcerer will make everything to avoid the rescue of the beautiful princess and the big arch of gold!

The Dragon Mountain is a new castle set with almost four hundred pieces, besides the big and detailed red drag, has a considerable fortress with a small prison, four great new mini-figures (two blue soldiers, a red soldier and a sorcerer) and a great catapult that belongs to the good guys (or not…), the blue army. 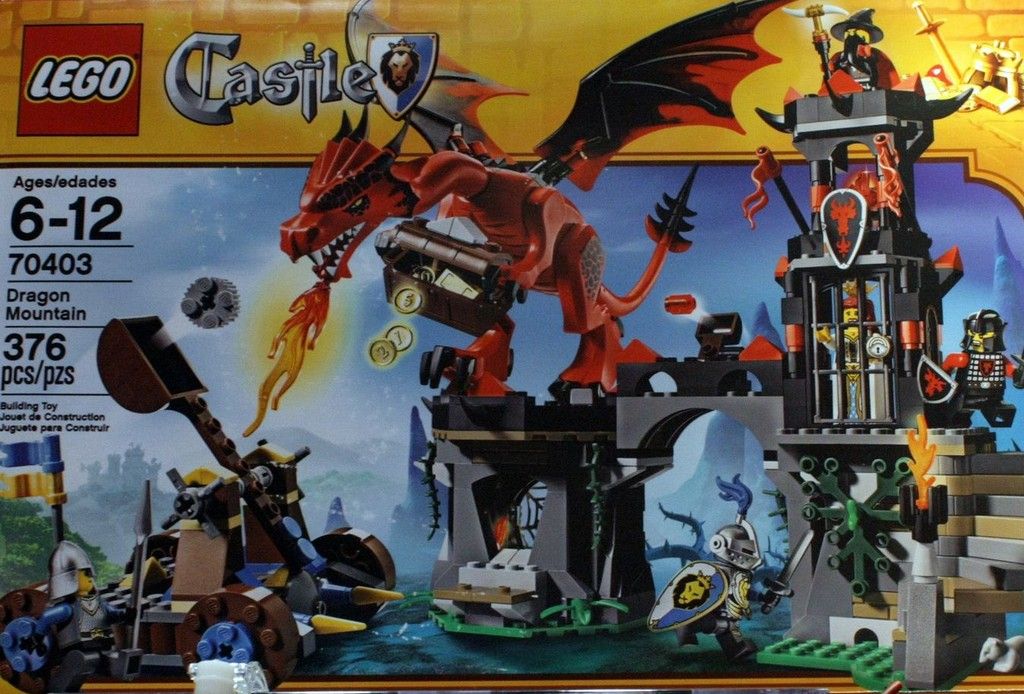 The Dragon is indeed the company star, not because the rest is not amazing but just because it is simply unique in the 2013 Castle theme. The big red dragon is considerably big with a huge number of realistic details such as the white sharp teeth, the orange flames spitting out from the mouth or even the big wings. The big paws allow grabbing the treasure arch and there is also a 2×2 piece, eventually to transport it or one the red army warriors. 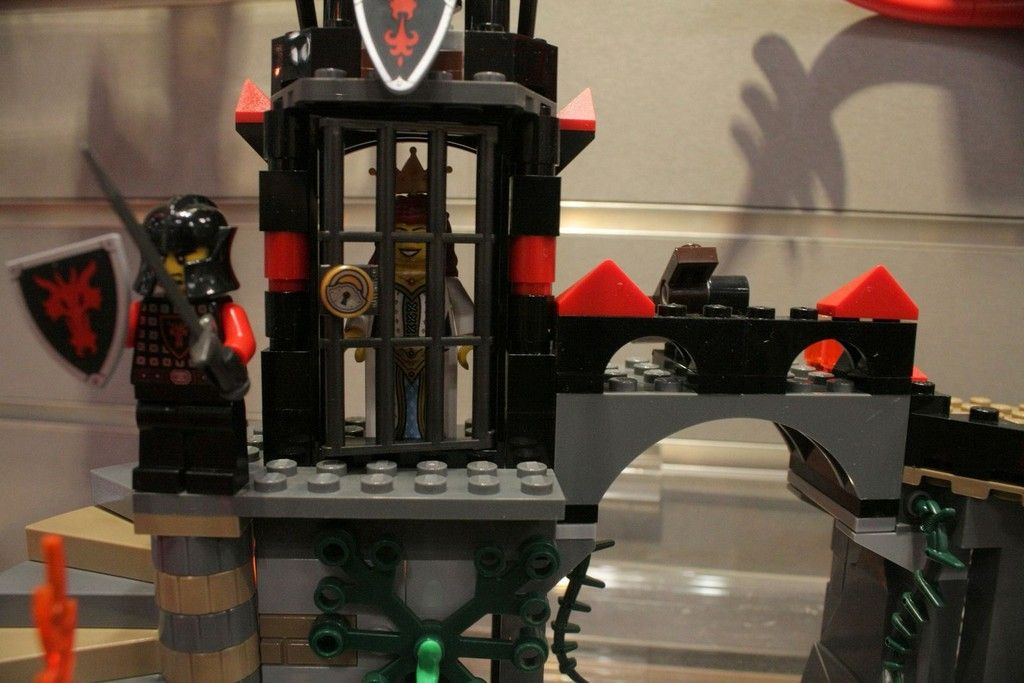 Looking at the fortress, it has two towers, connected with a big arc, and as you can see through the pictures there is one of them that highlights from the other, most of all in terms of size and features. However, the smallest hides with a spider net what it seems to be a small platform for the treasure. 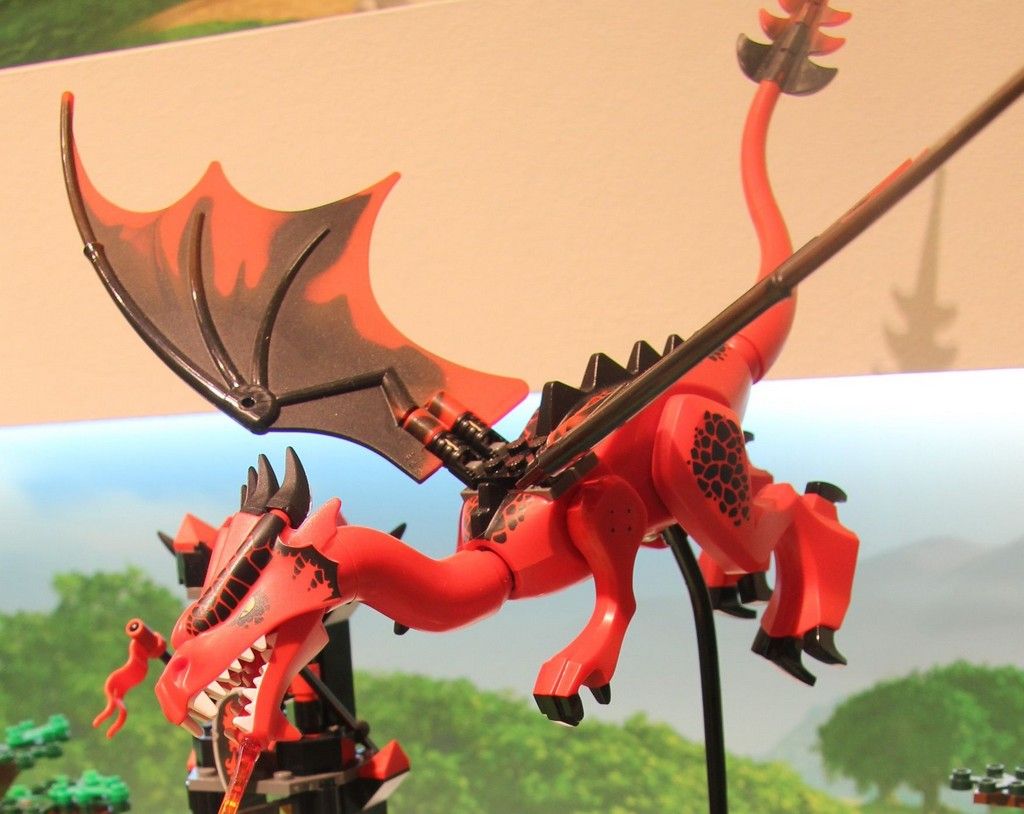 The opposite tower, the bigger, with three levels has on second a small jail, with a nice printed yellow lock, for the princess which looking at her face doesn’t seem much worried to be arrested and some interesting round ladders commonly used on other sets such as for instance the Vampire Castle or even the Barrel Escape from the Hobbit! At the top, the sorcerer imposes its presence controlling the dragon and at the same time guards the princess. 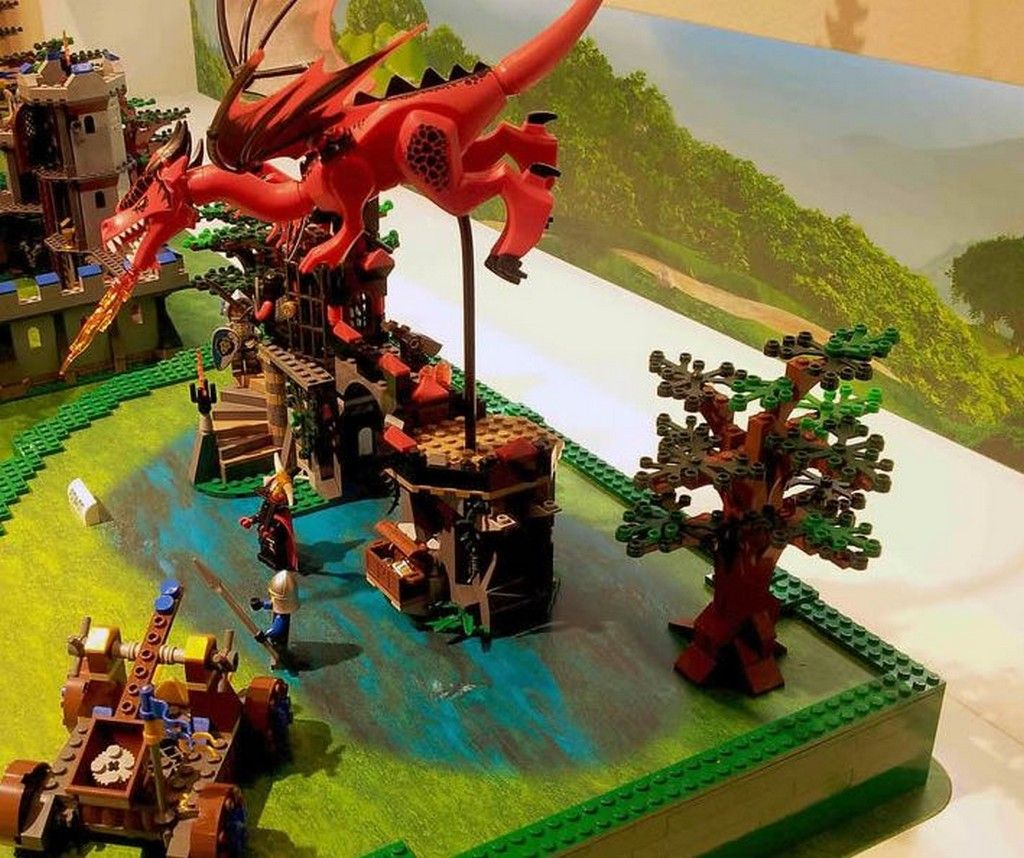 Just above the arch, in the middle, there is a small catapult to attack the enemy, in this case the blue army. These two fellows have, to defeat the big dragon and the two red army soldiers, a big and powerful catapult, made mostly with blue and golden shades, which is triggered with a couple of side handlers, that just looking at it, I would say that have more than enough strength to project the rocks.

Globally, in my opinion, this is definitely the best additional set for the King’s castle. It has a bunch of great features that preserve the war theater, a couple of soldier to increase the armies and best of all, the unique red dragon. Forty dollars is what it will cost which according to its dimension seems a fair price.