The Gatehouse Raid is a new Castle set that will be launched next summer, probably on August. Looking at it, I must say that I have opposite feelings. For one hand, it looks really nice in terms of beauty but on the other hand, when I think about the new castle, this set automatically gets very insignificant above any perspective.

However, I must admit that I’m being unfair because every single part of it is pretty well accurate. The gate, with the tower above, is similar to those that are used in the 70404, which makes this set a great complement to the bigger one, in case you want to extend the big castle feud with an extra element. 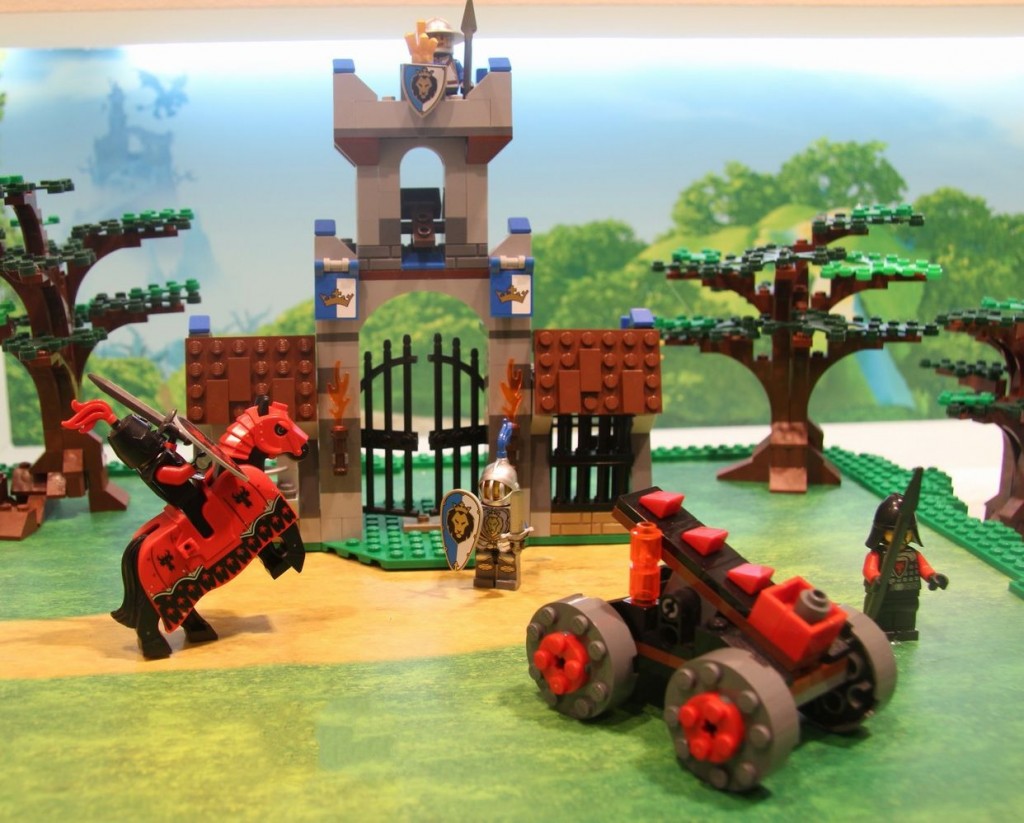 The Gatehouse is built up on a couple of green plates, just as the big castle, and has at both sides a couple of symmetric walls. However, they have different features, the left one is made with wood beams and the right one has a small window just like the ones used in the tower. There is definitely some kind of feature on that window but unfortunately it is still impossible to see what kind of thing it is. 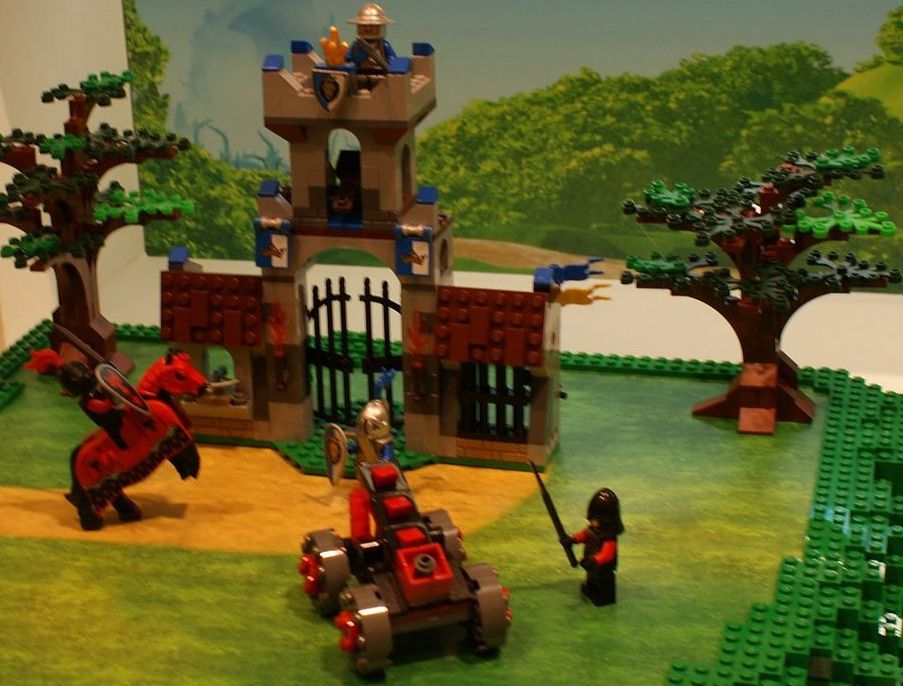 In terms of playability, the fans can not complain because on the top of the tall tower there is a small catapult that will fight the bigger and movable vehicle that the enemy has. The red catapult is considerably bigger, it has four nasty wheels and the throwing mechanism will easily make the Gatehouse a vulnerable target. 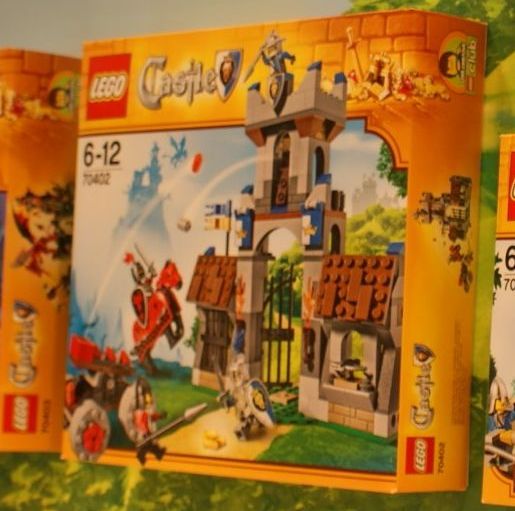 Besides it, the enemy has also a black horse superbly dressed and two soldiers, each one of them quite armed. The mini fortress is defended by two soldiers, one of them has a great armor – I especially like that helmet, very nice indeed – and another is in the top to maneuver the small catapult.

Globally, the thirty dollars that this set will probably cost, definitely worth the money. All the details are really very nice, the mini-figures are huge and if you’re planning to acquire the big castle this Gatehouse Raid is a really good addition to the theme. Let’s wait for better pictures in order to have a clear opinion about all the set’s details and features.