Here is another interesting Castle set. It isn’t one of the biggest, far away from that, but for twenty dollars you’ll surely get some interesting stuff to play with and if you’re particularly a fan of this theme, this is another great chance to add extra stuff to the bigger sets such as for instance the King’s castle.

This set has almost two hundred pieces and includes a nice black carriage with a respectable jail cell at the back , three mini-figures (two blue soldiers and the carriage’s driver), a small fortress, a black horse that pulls the carriage and finally a big crossbow that fires some traditional flick fire missiles. 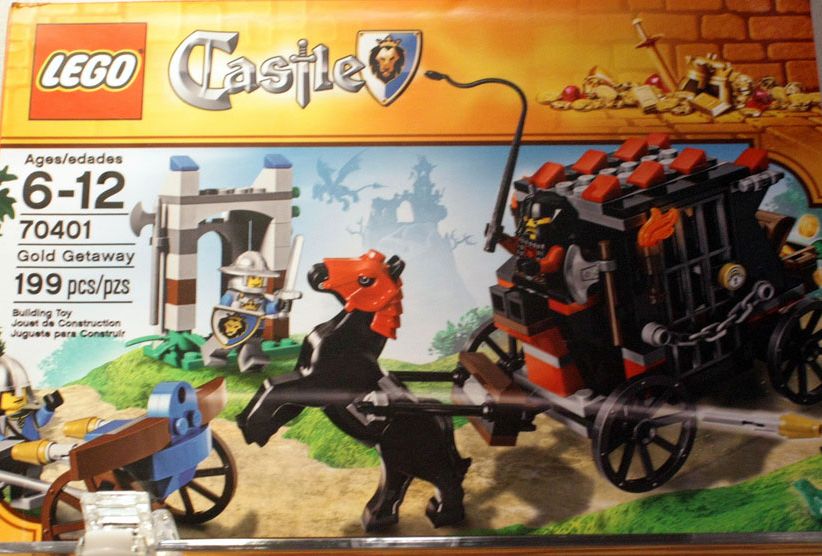 The carriage is definitely the star of the company and surely deserves it. It is not very big but on the other hand offers some pretty nice features. The jail has a big door with bars and a small chain to prevent the eventual prisoner to escape. At the front, the soldier has space to seat and ride the horse and at the back the gold chest looks pretty stuck. 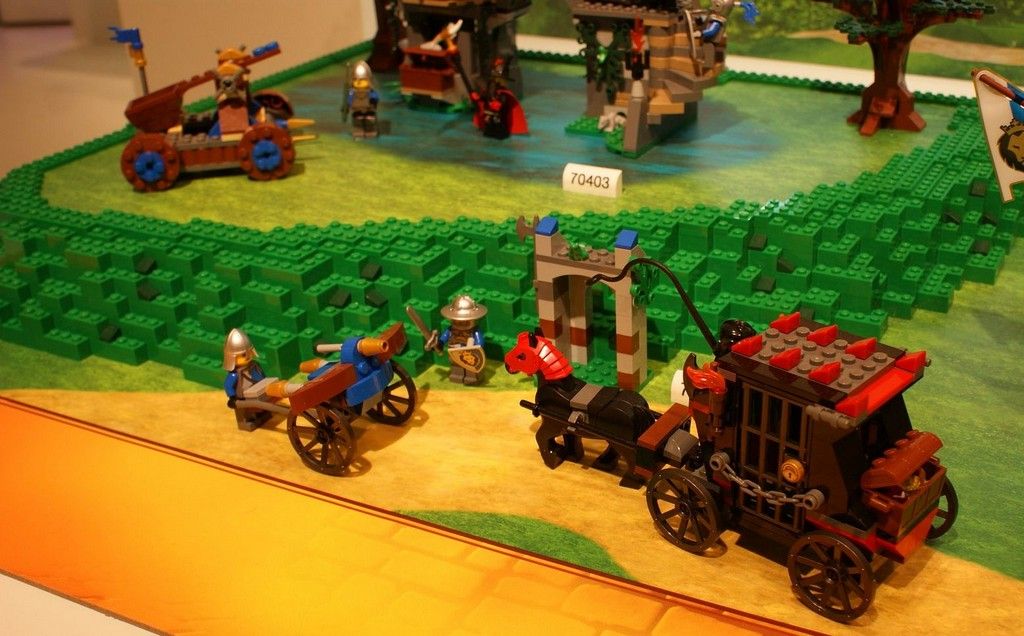 The attaching mechanism of the carriage to the horse is the usual of other themes namely of the lord of the rings or even of the monster fighters and as it concerns to this little carriage I must tell that a few details definitely caught my attention, namely the black wheels and the eight red pieces that are placed in the roof.

Having a look at the fortress, it is basically a small gate with an arch, made with two grey shades pieces. Nothing much, it’s just a battle element for the blue army. On the other hand, the cross bow car is quite nice not only because it can be easily pulled or maneuvered but most of all because it fires some flick missiles against the enemy. 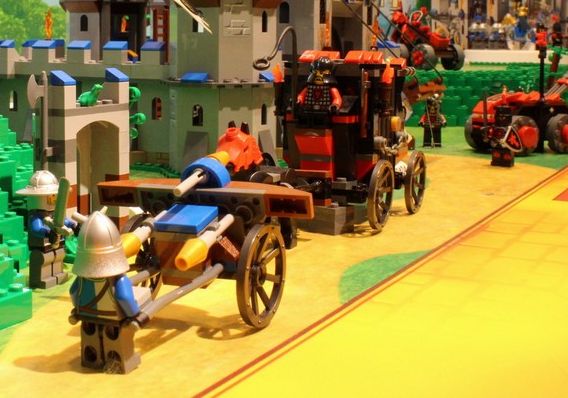 The three mini-figures are regular soldiers, present, I guess, in all the castle sets, but if this is your first choice, I would say that they are pretty nice additions to the mini-figures’ collection. Next summer it will be available with a retail price around the twenty bucks.