The Forest Ambush is the smallest set of this new wave of the castle theme. It has exactly ninety pieces which is enough for four regular mini-figures, more specifically two red (dragon) soldiers and two blue (lion) soldiers, a small cart with a treasure chest, a wall with an interesting flick fire missile, a tree next to them and finally a dog!

The cart is very simple to build and at the same time has a few interesting details. It has a handle to be pushed, a couple of clips probably to store the weapons, a few strategic studs to attach the chest, a couple of flags and even a kingdom’s flag at the front. The big wheels are the usual ones used in this type of vehicles as well as its axes. 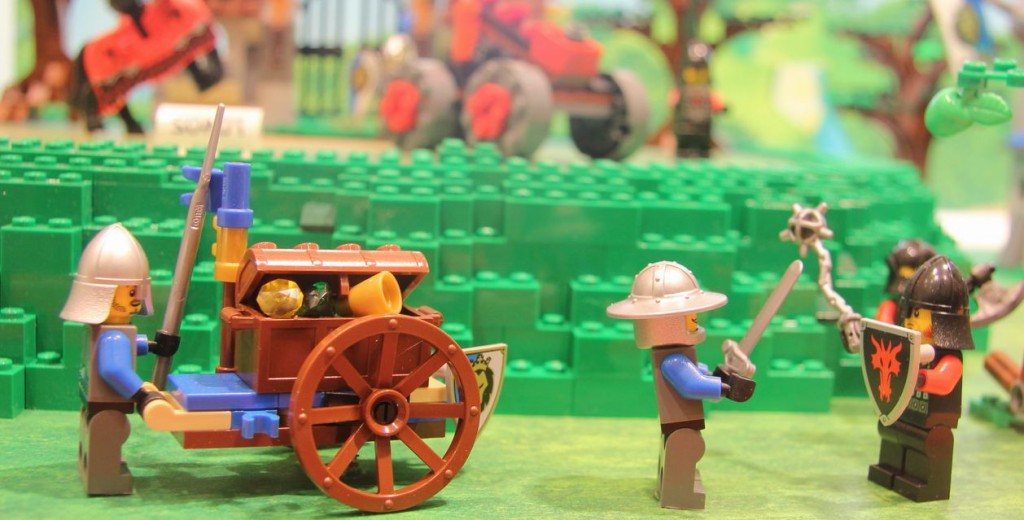 Through the pictures we can easily observe that the chest is fulfilled with precious stones, jewels, gold and even some crystals. The small wall, that belongs to the red army is made essentially with black and green pieces, it has an interesting cannon (actually is the usual flick fire missile launcher) and just above it a black crossbow to attack the kingdom’s soldiers.

The thin tree just next to them is also an additional feature to defeat the enemy because it has a nice mechanism, made mostly with technic pieces that allow the tree to fall upon the little cart, every time it passes. 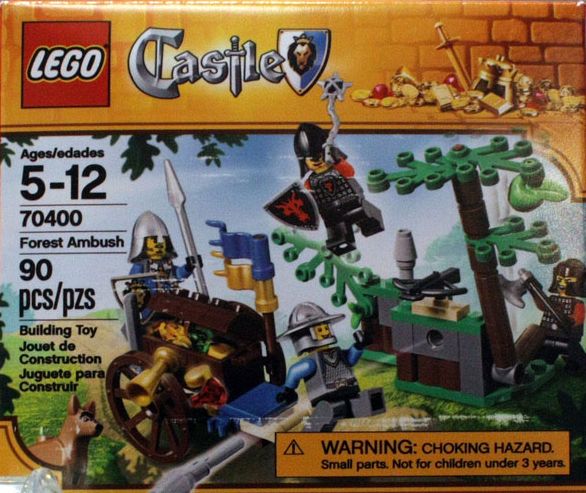 For around twelve dollars this definitely seems to be a nice entry set. It brings four mini-figures, more than most of the sets with the double of size, and a bunch of interesting stuff that will easily integrated with other kingdom’s sets. Please have a look at a few additional pictures: