The last days have been quite exciting about new summer sets official images and looks like that new trend goes on. A few hours ago, once again on Euro Bricks, pictures of the new Nexo Knights set, the Black Night Mech, have been unveiled, showing another set that that will join the next wave of releases, next month.

This new set will include a big mech with the usual Nexo Knight color scheme and a big sword and shield, a small fortress with several sharp elements, five mini-figures with great battle suits and accessories (Whiparella, Ash Attacker, Robin, and a Squirebot) and a small battle jet with a couple of weapons.

With a total of five hundred and thirty pieces, the set should retail around the sixty dollars and just the like rest of the wave, will hit stores in June. 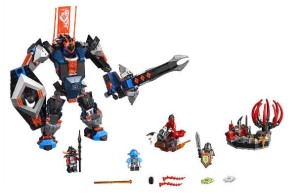 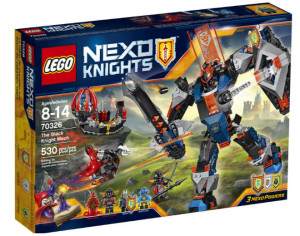