The Vultrix Sky Scavanger is a new Legend of Chima set with exactly four hundred and eighty pieces that presents a big flying machine with the shapes of a bird and lots of interesting features to play with. Joining it, there are also three mini-figures (Frax, Viltrix, Vardy) and a small aircraft.

Like it or not, this set is definitely a must of playability because it combines a bunch of weapons with the possibility of splitting the aircraft in several parts, transforming it in three different vehicles (basically the head and the tail can be detached and fly separately).

As a whole, the bird looks considerably big and with a bid wingspan. Built with plenty of small pieces and different colors it has also sharp or curved shapes everywhere which gives it a very cool look. At the front, the head that is one of the possible detached parts and also the main cockpit of the ship, showing the beak at the front and next to it the cockpit which, through the images, shows plenty of space inside for Vultrix. 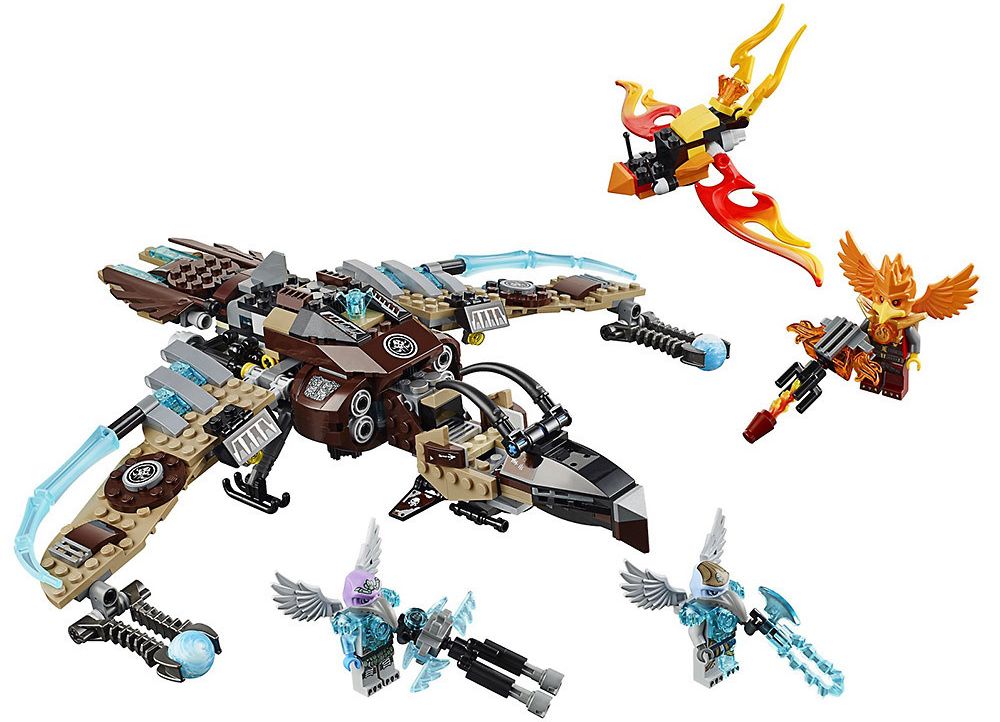 The main body of the ship, in the middle, looks quite complex not only in terms of design but also in terms of building, mixing a technique structure, that will receive the other two detachable parts, with plenty of small sharp pieces. On top, a single stud is reserved for the blue Chi usual brick.

The wings can assume several angles and shows, among some nice details (the big blue claws are quite pretty!), two big and powerful cannons that can shot a blue ball with extreme competence. At the back, the detachable tail is mostly built with brown shades and can be easily transformed into Vardy’s aircraft which unfortunately has no kind of handlers. 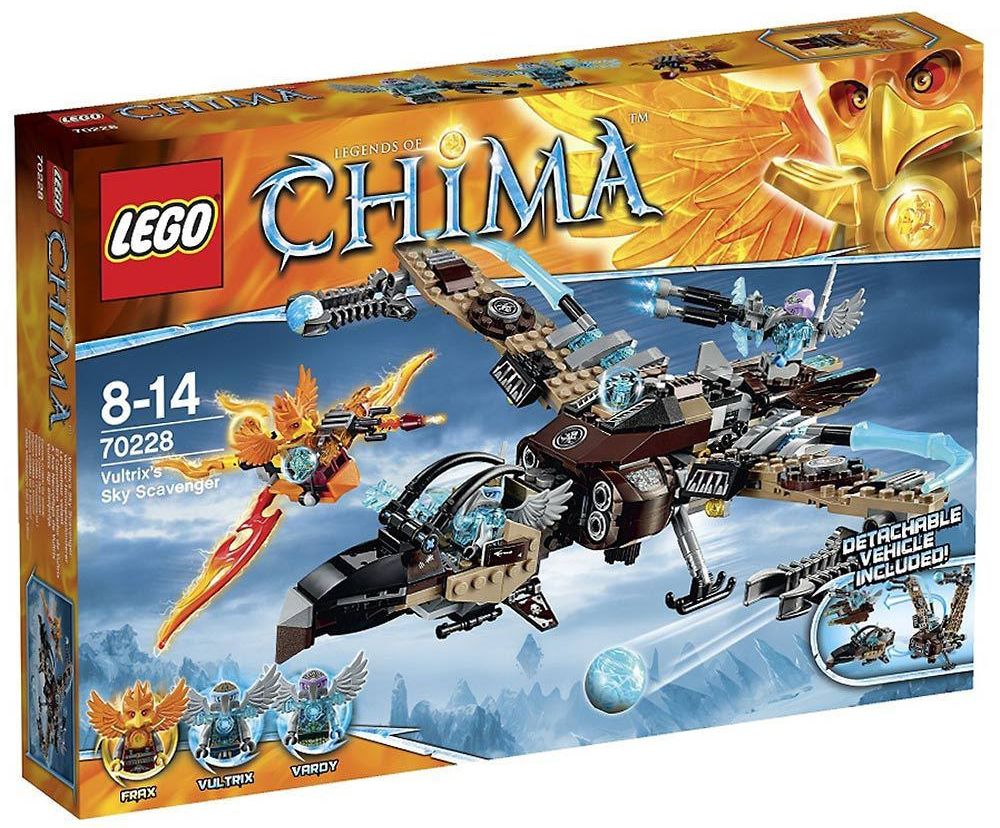 Frax brings a small fire aircraft with beautiful colors but unfortunately won’t have many chances against the other two. All of them bring extraordinary and unusual weapons which in addition to their accurate bodies, makes these three mini-figures a really nice acquisition. The set, overall, looks really nice not only in terms of design but most of all in terms of playability and is absolutely another great deal among the battle between ice and fire. With a release date schedule to the beginning of 2015, it should retail around the fifty dollars.