One of the new 2015 Legends of Chima sets is this Tormak’s shadow Blazer. Basically it’s a fearful vehicle with lots of different colors and weapons, a small flying platform with a disk shooter and three mini-figures of different tribes (Tormak, Gorzan and Sykor) all with assorted weapons, among a total of three hundred and eleven pieces.

Just like most of other Chima’s vehicles, there are also two details that are similar in this new shadow Blazer: The Tiger’s Muzzle that is once again perfectly designed (the big mouth, the yellow eyes and the ears are simply great…) and the bunch of white teeth that appear this time next to the mouth, just at the front of the car. 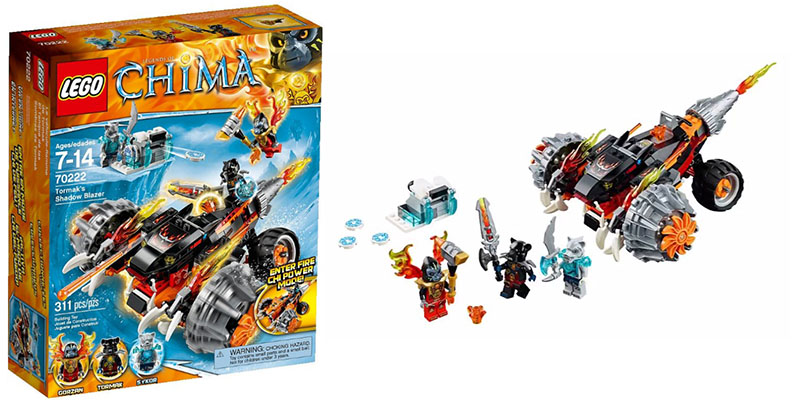 All the structure is built up on a great suspension made with technique pieces which includes obviously the extra large wheels that in the case of the front look more like big drillers than tires. The back ones are definitely more usual but surely keep the XXL size. I think that this time there’s no shooter inside the big mouth but through the set box it’s possible to see that there a spring loaded just aside it. 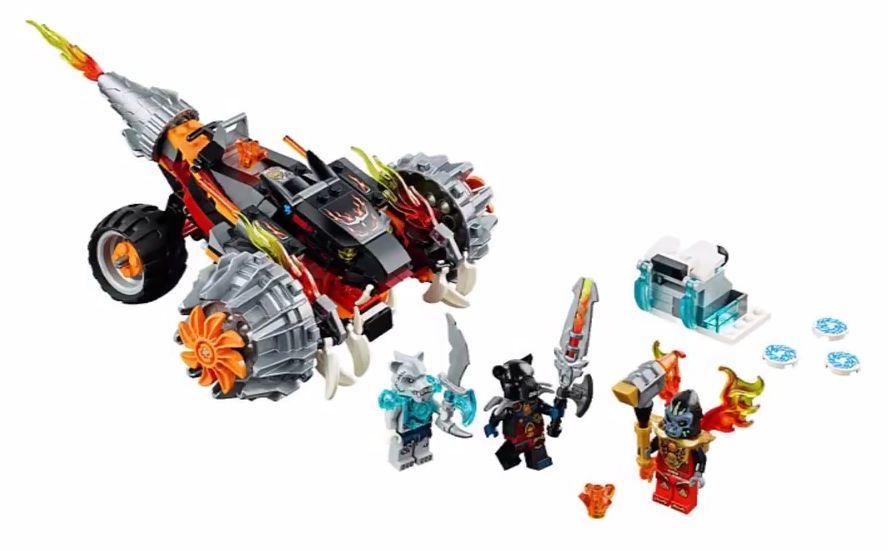 In order to control the machine, Tormak has at its disposal only a small handler and four studs with no kind of seat. Just behind it, at the back, a big flame comes out from another driller showing all the power that this Shadow Blazer brings. Looking at Sykor’s platform, it definitely comes out from the ice and is absolutely an added value in terms of playability. Built mostly with white and transparent blue pieces, it shoots easily the three disks which unfortunately I’m afraid won’t hurt the big Blazer. 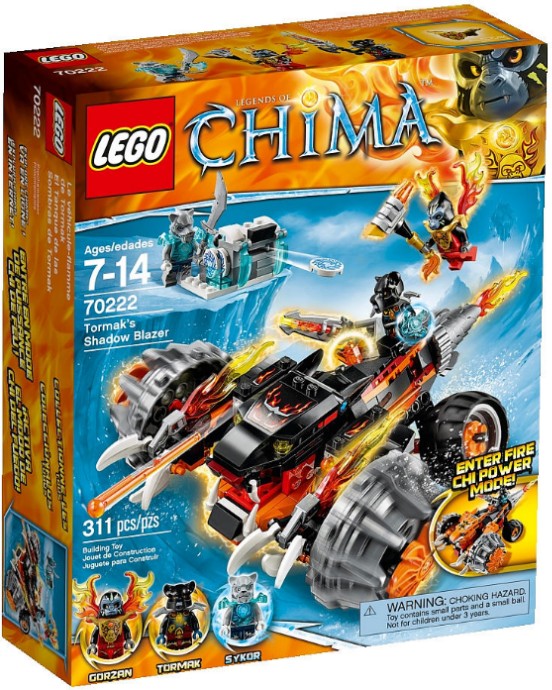 Overall, it looks a pretty interesting Legends of Chima set. The mini-figures are incredibly detailed with unusual weapons and of course the Shadow Blazer brings also some really nice stuff to play with. The set will be available next month and will retail around the thirty dollars which is in line with the rest of the theme.