The Ultrasonic Showdown is a new Ultra Agents set that will be available next summer. With around two hundred pieces, it features an Ultra Agents Jet and a mini-droid that together will fight Professor Brainstein with his fearful robot suit, and an additional mini-figure, Agent Curtis Bolt that will pilot the plane.

The big attraction is obviously the jet that being mostly built with black pieces mixed with a few transparent pieces, presents some really nice features to enjoy. And the first one is just at the front with a really nice cockpit protected by an oval windshield that is easily opened, giving access to the interior were we can find what it seems a round control panel and a few handlers. 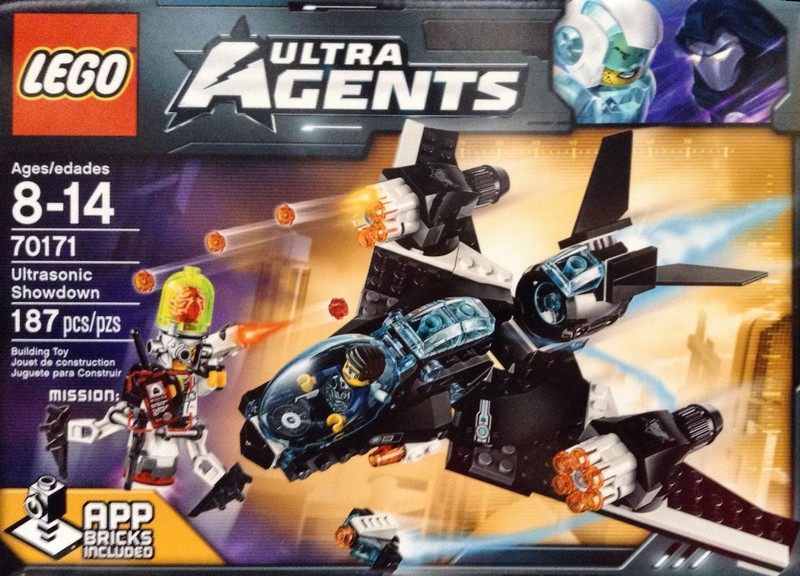 The plane isn’t very big but its wings assume the shapes of a boomerang, each one of them with a new stud shooter rotating cannon. The cannons are triggered through the back and bring six studs plus the extra ammunition. And the weapons don’t end here because just below the cockpit, there are two extra flick fire missiles ready to shoot against Professor Brainstein. 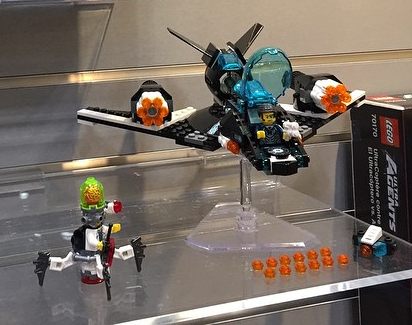 The jet’s tail has included the powerful engine with two stabilizers and a small space for the mini-drone which in my opinion doesn’t add much in terms of playability. Having a look to the Villian Professor, it looks absolutely great being the body completely integrated in the robotic structure.

It has four legs, with claws on the edges and brings besides a very angry face, a stud shooter pistol, a remote control with a red display and a brain inside a green container, over his head. Generically, its torso is the same of the normal version, showing a blue shirt and the traditional lab white coat. 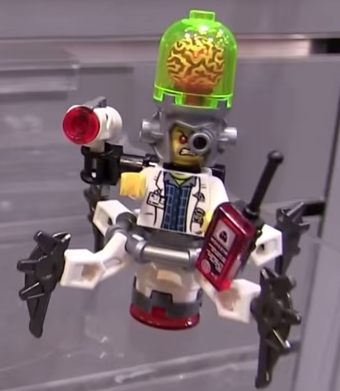 Overall, it’s surely an interesting deal for next August. The Ultra Agents jet looks pretty nice, especially in terms of playability and I’m sure that the Professor’s robot will also give a hand on that. Even the price will be reasonable, it should retail around the twenty dollars, in line with the rest of the theme.