Images and details of the new 4×4 Agent Patrol have finally been unveiled. This new Ultra Agents set is considerably big with four hundred and seventy five pieces and features besides the vehicle, a small Mech, a dog and four mini-figures: Toxikita, Jack Fury, a Scientist, and a Ultra agent.

The 4×4 looks very cool. With the traditional color scheme, it is built up on a structure all made with technic pieces, not only in terms of chassis but also in terms of suspension. The wheels are extra large and capable of surpassing any obstacle, giving the vehicle a very sturdy look.

The engine at the front passes almost unnoticed, most of all thanks to the multiple little things that the car brings in that part where I would definitely highlight: the cockpit. With a round windshield and lots of space inside for the agent, it has also on the top of the glass a couple of spotlights that can easily change of position. 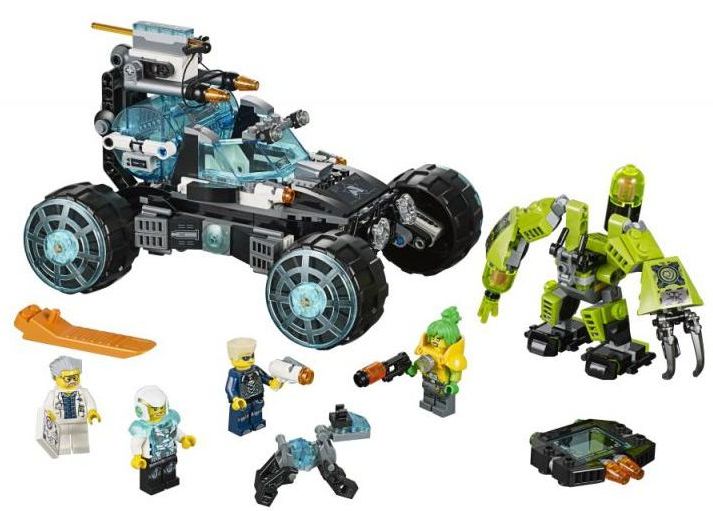 Just behind the cockpit, there is what I call a mysterious cylinder. Honestly, it’s new to me, and I’m quite curious about its features. Just above it, we can also see a couple of powerful weapons that can easily assume multiple angles: a spring loaded harpoon, on top, and just below it a couple of blasters, ready to shoot against Toxikita and her Mech.

Talking about this one, it looks pretty small, but at the same time it brings a lot of stuff to enjoy. Both arms are totally equipped with a laser weapon at the right and a couple of big claws at the left, capable of easily grab a distracted agent. In the middle Toxikita has a standing position and some handles to maneuver the Mech. 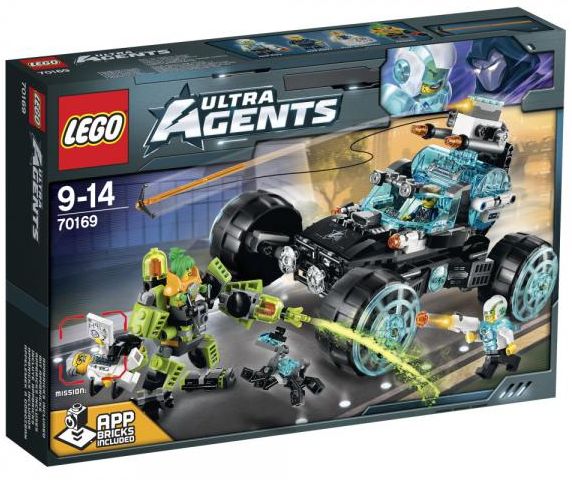 The mini-figures look all pretty cool, with nice details not only in terms of printings and color but also if we attempt to their weapons. Globally does it worth fifty dollars? With so much stuff to play with on such a big vehicle, I’m sure that it does! Have a look at the first available images and enjoy!