The Invizable Gold Gateway is a Ultra Agents set that has arrived stores in the beginning of the year. With exactly two hundred and thirty six pieces, it brings a nice convertible stealth bike, a small flyer, a safe box with a chain and two mini-figures: Invizable and the ultra agent Steve Zeal.

The Stealth bike is a Ultra Agents vehicle with an awesome aesthetic and lots of interesting details. The two wheels are constituted by a couple of black dishes each, connected through a few technique elements. The ultra agent seat is outstanding, mostly thanks to the curved and transparent windshield that can assume several positions whether the pilot is seated or not. At its front, Steve has a printed piece control panel to handle the vehicle.

Aside the cockpit, there are two stud shooters ready to fire against Invizable every time that the ultra agent is in pursuit. The best feature seems definitely the part where the four dishes move ninety degrees and transform the bike into a hover, allowing it to go after the small flyer in every situation.

The small flyer looks very cool, showing a nice color combination and features a stand position with a handler for Invizable, a chain at the back to pull the safe and two engines just below the cockpit. Finally I must say that I especially enjoyed this small safe especially the part of the big door. Inside, it is also possible to find three golden bars. 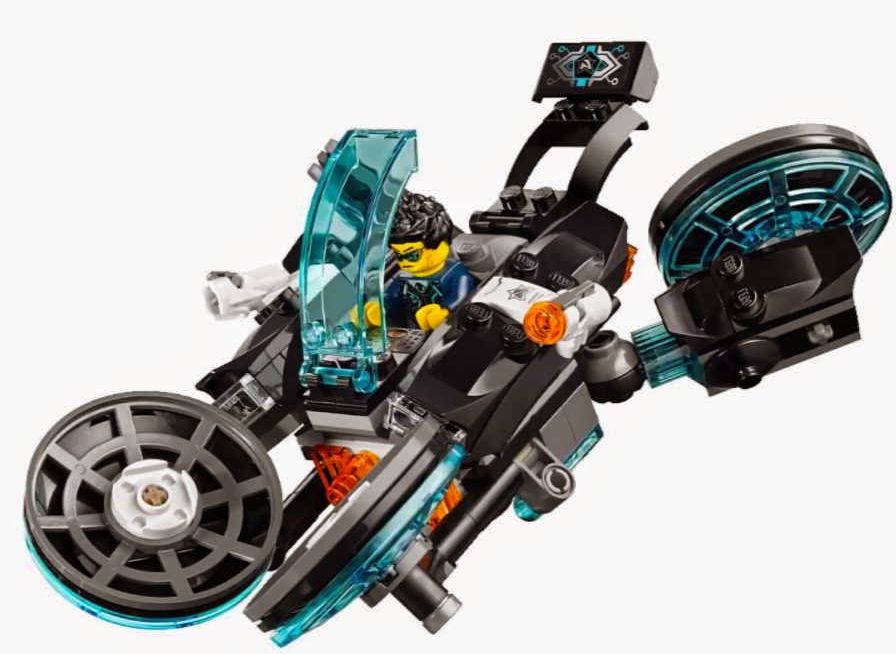 Overall, this is once again a really nice ultra agents set. The stealth bike is huge in terms of design and playability but the small flyer surely follows its steps. The two mini-figures are pretty accurate, especially Invizable with his cowboy heat. Finally in terms of price it is retailing around the twenty dollars which seems totally fair. Have a look at the pictures: