The Skyclops Infiltration is one of the new Ultra Agents sets that has been unveiled yesterday and will hit retail in the beginning of 2015. Being an entry set, it brings only hundred and nine pieces and features a robot, two mini-figures (a TBA Agent and Spyclops) and a few accessories such as some weapons and three small spiders among other things.

The Robot or vehicle or whatever you want to call it has four legs attach to a central structure, similar to each other, that can assume multiple positions thanks to its building mechanism. With some interesting details, it features, besides Skyclops handling position on top, a powerful red laser gun placed just below it and just aside it, two new stud shooters which for now are exclusive to the set. 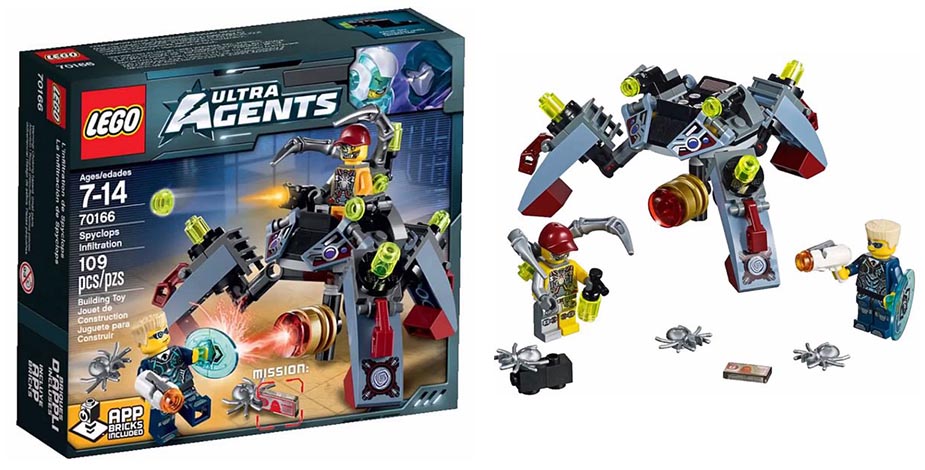 The two guys couldn’t be more detailed. With great printings all over their bodies, Skyclops has even a small spider on the chest, two legs with different colors and a couple of big claws at the back. The TBA Agent wears a nice blue suite, suns glasses and has for his protection and fight back attack, a small laser gun and a blue shield. 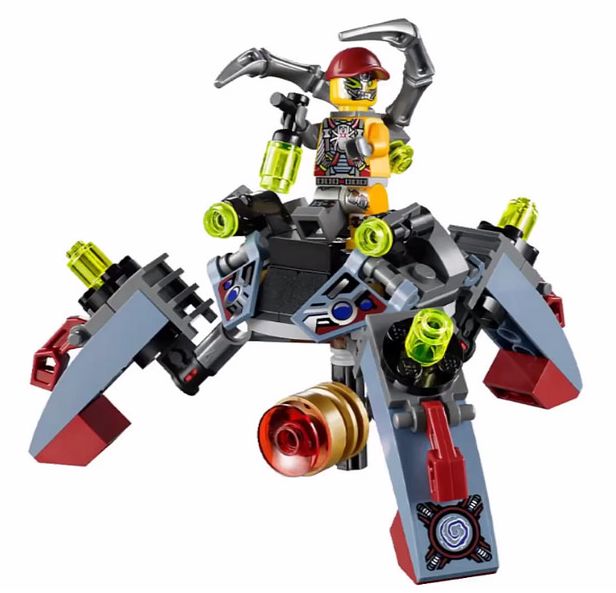 Globally, this seems an interesting entry set. Not being the prettiest, it has however a few interesting details all around and two highly accurate figures. In the set box we can also see an APP Bricks included Logo as well as a mission highlight target. There are no official details in terms of price but something around twelve dollars seems reasonable. Enjoy the pictures.