The Hurricane Heist is a new ultra agents set filed with some really nice features to play with among a total of almost six hundred pieces. The set, besides the big aircraft or mech if you prefer, brings also four mini-figures (Astor Guard, Caila Phoenix, Jack Fury and Psyclone) and a small motorbike.

For those who are fans of these type of vehicles, I would say that this set couldn’t be better. At the first glance the most impressive part is definitely the couple of giant propellers that are placed in the big wings, which can be controlled with a small knob, placed just at the back. 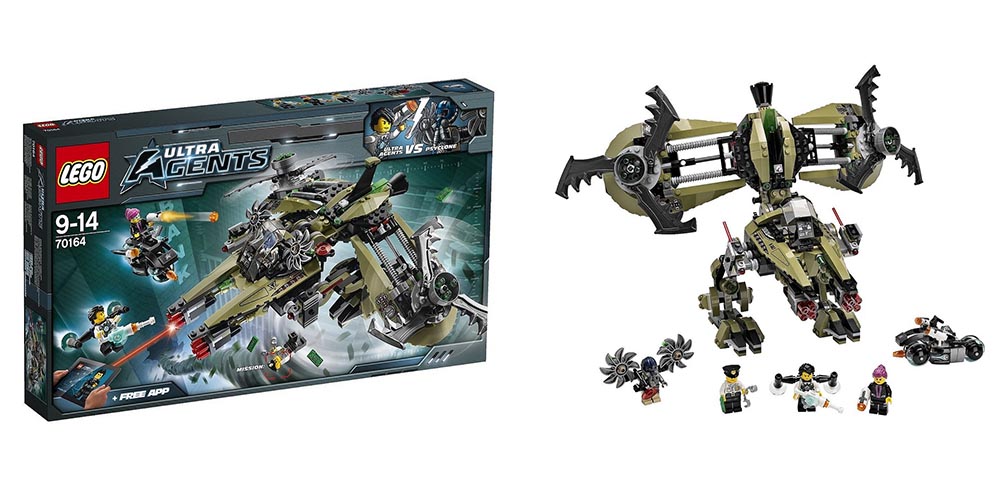 The cockpit, placed at the front, doesn’t seem to have much space, however around it, the bunch of different weapons is absolutely impressive. Through the images, it is possible to see, just aside it, at least a couple of missiles and at the front two massive cannons each one with four missiles seem ready to explode with the small ultra agent bike.

The vehicle made mostly with green shades and a considerable number of unusual bricks can alternate between a flying mode and a standing position just by bending the legs and moving easily the propellers into a horizontal position. Definitely in terms of playability, it looks pretty nice! 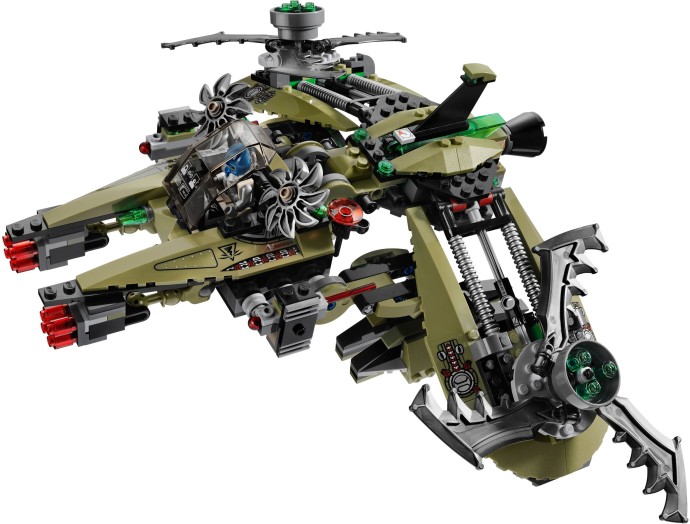 The mini-figures are in line with the rest in terms of beauty, all of them bring accessories and of course Psyclone highlights from the other thanks to the mini-propellers similar to the big vehicle. Finally the motorbike with an awesome aesthetic and two different weapons is surely an added value but in terms of fight it won’t even scratch the big Heist. Enjoy the pics!