The Tremor Tracker Infiltration is another Ultra Agents set that will start retailing next summer. For those who were seeking for a more conventional tank, I think that they might find here a great opportunity to get it.

This new vehicle makes part of a set with two hundred and forty one pieces that brings besides the combat vehicle, two mini-figures (Tremor and Agent Jack Fury) and a small black box containing a sort of machine or computer with a control panel at the front.

The tank, which is considerably large, has the traditional rubber caterpillars with a couple of triple axes, one on each side. On top and built over a rotating platform, there are two big and extensive arms, made mostly with technic pieces, with clenched fists (it’s amazing how they have recreated this…) that can punch everything that comes nearby. 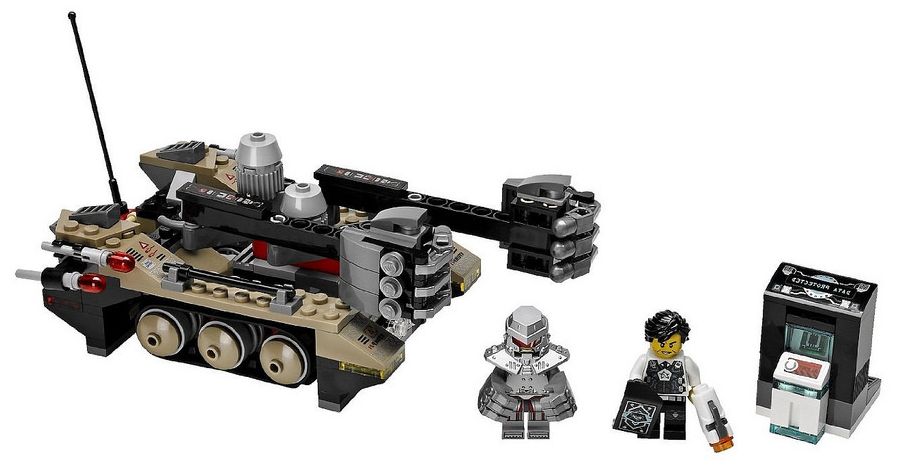 Just behind the big arms, Tremor has its small piloting position that includes the handlers, a big antenna at the back and two flick-fire missiles on each side of the tank. I guess that is definitely too much power for the unprotected Agent that has only a small weapon and a black shield to fight back all Tremors’ attacks.

Having a look at the mini-figures, Tremor is simply awesome. With a metallic suite, his hands have also the shapes of the tank’s fists which are absolutely beautiful and quite unusual at the same time. On the other hand Agent Jack Fury is more ordinary but its torso and its hair are also pretty accurate! 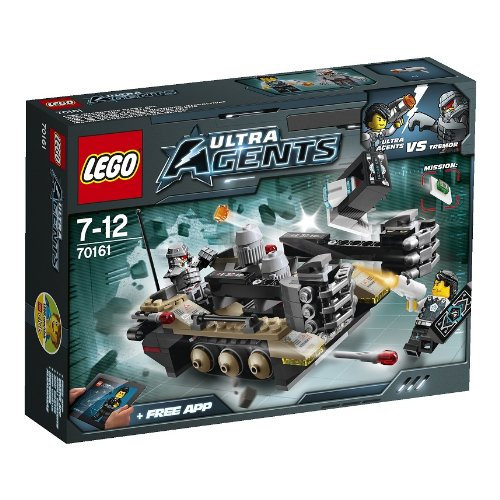 Overall, this looks like a set with plenty of action filled with some really nice details. The rotating arms as well as the mini-figures are surely an added value and the price seems quite interesting, after all we are talking about more than two hundred and forty bricks. Enjoy the pictures!