In a time when the relevant information about new sets is almost none, let’s have a close look at this Legends of Chima’s set, the Vardy’s Ice Vulkture Glider. This twenty dollars’ box without being one of the coolest, brings a few nice elements such as the several blue transparent pieces or for instance the six brown blades.

The Vulture glider brings a bit more than two hundred pieces and besides the big bird, it features also two Chima’s mini-figures, belonging to two different tribes (Vardy and Lundor) and a small platform with a throne on top for Lundor. 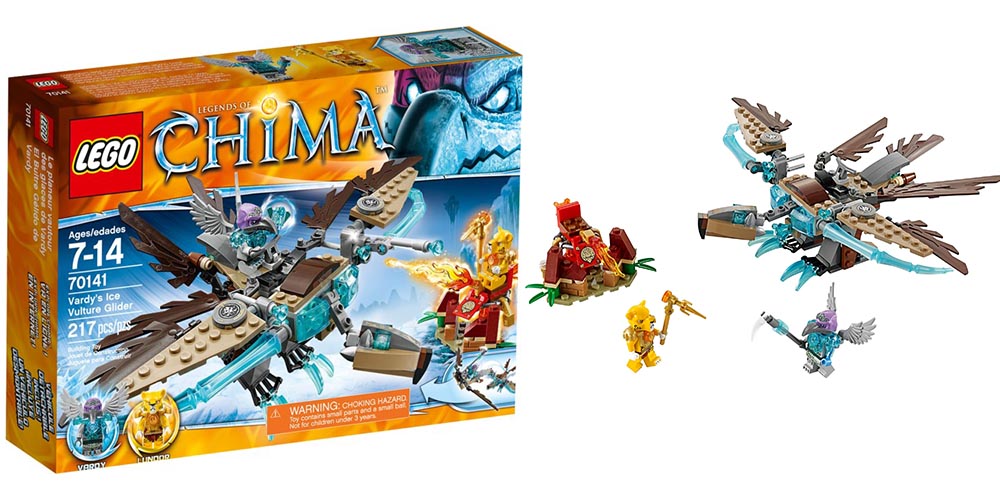 Looking at the glider, it looks absolutely symmetric and all the major elements are connected with pins to the body. At the front, the head with the long neck moves easily up and down and just behind it, the cockpit with a nice handler can also be transformed in a smaller glider that easily detaches from the main body.

On both sides there are a couple of blue flick fire missiles ready to be fired against the small platform. Talking about this one, it looks small compared to the glider however the rotating mechanism will certainly allow to fight back the bird and give the set an additional touch of playability. 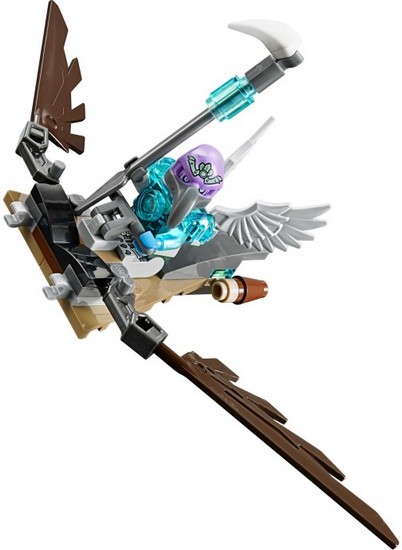 The two mini-figures look pretty nice, Lundor and its yellow and gold color scheme is absolutely great, both bring its own weapon and for the price I would say that is definitely a good addition to the Chima’s collection, especially if you enjoy this type of vehicles. Have a look at the gallery: